Do the Litter Robot Fence and Ramp Accessories for the Litter-Robot 3 Work? 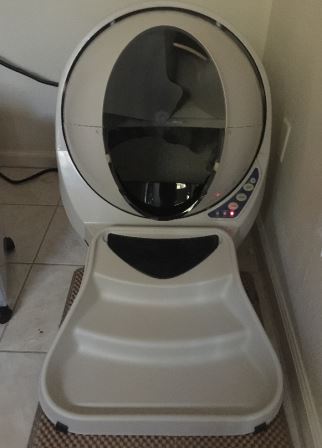 As many of you now know, especially if you follow us on Facebook and YouTube, I am pretty crazy about our automated self-cleaning litter box, the Litter-Robot 3.  When we were waiting for our Litter-Robot to arrive, I reached out to readers to see if anyone had one and what they thought about it.

Jessica, a reader in California, mentioned that she had purchased one for her Ragdoll kittens and that she was loving it.  So I asked her if she would do a write-up about her experience with it for the site.  Since then, she has done another update (I asked her if she would do one when her cats were older) and now this one about their accessories.  Please find links to all those posts below:

Hi Jenny! I wanted to follow up on my Litter Robot 3 Open Air follow up. I received the new Open Air Fence and Steps about a week and a half ago and have had some time for the cats to try them out and for me to form an opinion.

Both items I ordered, the Open Air Fence and LRIII Open Air Ramp, shipped quickly and I received within a week. I so far have consistently been pleased with Litter Robot customer service.

This is what I have been waiting for! It’s hard, shiny plastic, well made. It’s easy to install over the liner lip at the opening of the unit, it just takes a bit of fiddling to get the “wings” or clips in place. Once in place, it’s very secure. It looks good – very little change to the normal appearance, other than the opening being shiny instead of black – but really better looking than all the binder clips I had been using to keep my scratchy girls from unseating the liner before!! 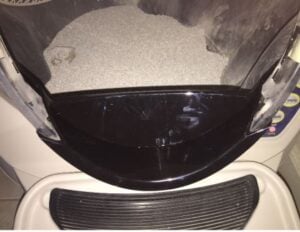 It has really made a huge difference in terms of the girls scratching at the opening.

They’ll do a couple scratched on it now, but they no longer enjoy whatever cause and effect they had before when relentlessly scratching at the silicon or rubber liner and unseating it. It seems to me now that they scratch even less at the opening than they did on the binder clips – or it’s just so quiet now as to be a non-issue.

The fence has stayed in place since installation. Even though it only covers the bottom, so there’s a few inches on each vertical side – that’s not a target. And even it if was, I don’t think it could move much now with the fence covering the lower half. There is some litter accumulation on the outside of the hard fence that’s a bit more than with just the plain liner – but that’s very minor. Overall – a HUGE improvement, and exactly what we needed! I loved removing the binder clips, the unity looks a lot better without them! I paid $24.99 for the fence, and I do think it was worth it.

I personally wish that it was included, but not so much that I think they should raise the price even higher to cover it. (I purchased the Litter Robot 3 Open Air at a lower price, so I really can’t complain too much). I realize my wishing it was included is because I have very, very scratchy girls. I don’t know how many cats out there scratch at the opening like my girls relentlessly did. I was fascinated at Jenny’s Litter Robot Open Air video of Charlie using it – and how little overall he scratched vs my girls!! My two may be so much in the minority, it’s reasonable and actually better to make is an option, so others don’t have to spend the money if they don’t need to.

The steps themselves are well constructed, it’s the same high quality plastic as the LRIII base and globe. You remove the existing step mat, set the steps on the groove for the step mat, and then put the step mat on the top of the steps. it took seconds, and it’s very stable. I still have my litter mat in place, and I pushed the LRIII back a bit further so there would be more litter mat at the end of the steps. 4

The steps have a slight concavity to them, a gently sloping lip on each step, to contain any litter. It measures 18″ x 22″ at its widest point – which out beyond the LRIII makes it take up some room – but about what the litter may I had already took up past the LRIII opening.

The cats were curious and cautious about the steps, but it didn’t deter them. I was surprised that my bigger cat, Saoirse, actually stumbled on her rear feet a bit the first time she used it. It’s hasn’t happened since though, and I think it was partly the lipped edge. The steps themselves are a very gentle almost ramp like step of steps.

The steps definitely grab some litter and I think overall has reduced scattered litter on the floor. The cats don’t leap out like they used to – which makes sense to me, the steps go out pretty far. The steps have stayed in place so far without issue. Emptying the LRIII is a bit more trouble now, just because I have to remove the steps and be careful not to scatter littler – something I never had to worry about when simply pulling out the drawer. Still less trouble than scooping multiple times a day, however!

The slight additional litter containment is nice, as is the reduction in flying leaps the takes used to take from the unit (also reducing scattered litter) but neither of these things are such tremendous advantages that I see the ramp as a true necessity. The LRIII Open Air Ramp is pretty expensive in my opinion – I paid $49.99 for it.

Overall, I see this as a truly optional item for my cats. We did fine without out. However – if I had an older cat, a physically impaired cat or a smaller cat, I would see this as a more enticing addition, or even possibly a necessity. When my cats first started using the LRIII, they were kittens and I manually turned it on for scooping. At that size (5 pounds or so) it was a bit difficult for the girls to get up and in the LRIII That became less and less concerning as they grew. It’s a non issue now. So – I’m fine that we have the ramp, but I don’t know that I would recommend for most LRIII owners, unless there’s a physical reason for their cats to need a gentler entrance/exit to the unit. 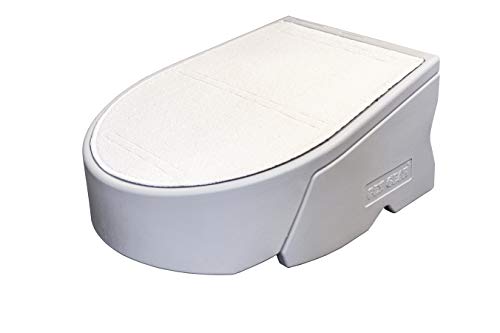 I am part of a Facebook group dedicated to Litter-Robot Support issues, and many folks have posted about this ramp made by Pet Gear.  This alternative Litter Robot 3 step mat that looks like a closed toilet seat fits right over the single step into the LR3. It comes in two colors.  You can also buy the LR ramp directly from the manufacturer or on or get the cat litter robot steps Amazon. Chrissy shared this photo of her  saying, “I LOVEEEEE this ramp!!!” Many of the people on the group that have this cat litter robot stairs say they like that this ramp isn’t slippery like the LR ramp and also say the material on the top of the ramp helps to collect litter scatter.  Also, many people mentioned how this ramp helps their kitty not “launch” out of the Litter-Robot 3 after they have done their business. Grab this Pet Gear One Step on Chewy or on Amazon. 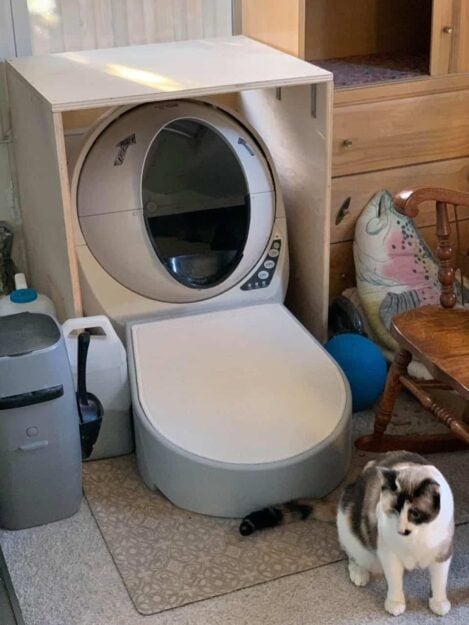