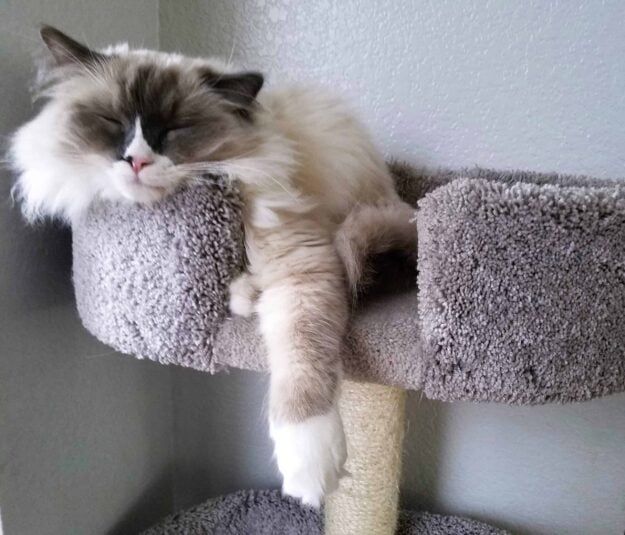 Milo came to us from Toskharags in Aubrey, TX. We met baby Milo in late November of 2016 when he was just 7 weeks old, and we immediately fell in love with our little fur ball. Christine, the breeder, has since retired from breeding and showing, but she did a wonderful job socializing Milo. After the longest 7 weeks in recent memory, Milo came into our home and into our hearts on January 20th, 2017. Originally, I wanted to name our new kitty “Jim”, however I was overruled by an angry mob of teenagers who though Jim was a ludicrous name for a cat. Some of the other names I had swirling around were Gordy, Carl, Frank, and Dell. If we ever get another Ragdoll, everyone agrees that I get naming rights. 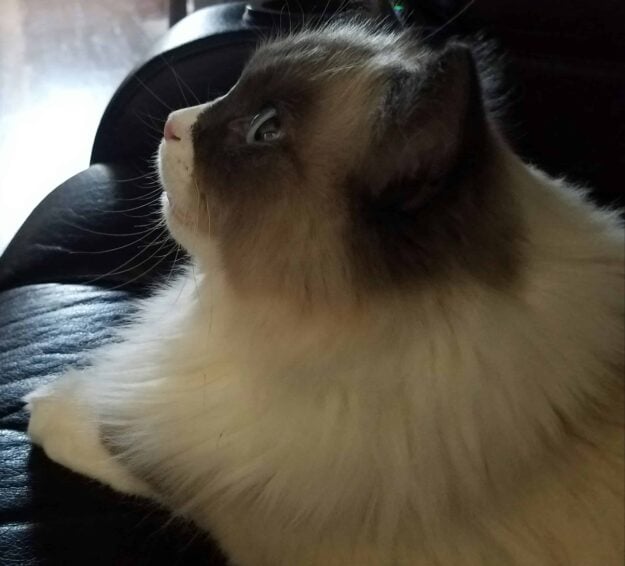 Our interest in Ragdolls really came about entirely by accident. As I was researching cat breeds, I stumbled across a gorgeous Ragdoll on YouTube. The amazing cat in the video was docile, friendly, and could perform several tricks. I was completely amazed. Having grown up around cats, I’d never seen a cat sit, stay, come, and shake “hands”. We understood immediately why they are called puppy cats, and I knew right then and there that our family had to have a Ragdoll. As “almost” empty nesters, my wife and I wanted a companion pet (I often work from home), and we all wanted a cat that would be an active part of our large family for years to come. We made up our minds and began our quest to find a reputable breeder. After much searching and interviewing, we found Christine, who just so happened to be in our own backyard. 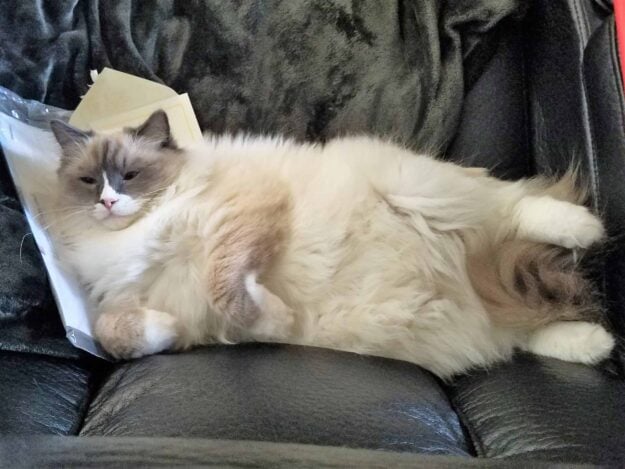 Milo just turned one, and he’s already a big boy! His vet expects him to be over 25lbs when he finishes growing. I point this out because he loves to eat! We monitor his diet closely, and we make sure that he gets plenty of playtime exercise. He is very clever with meals, and he will sit just outside each of the kid’s bedrooms on the weekends and cry. His ruse is fueled by hopes that they will feed him again when they get up. He actually goes from door to door. His evil plot worked for a couple of weeks until I figured out what was happening. Needless to say, his plans have been foiled. Milo can generally be found next to me, or lounging in his favorite chair. He loves to play fetch, and he will do tricks as long as there’s a treat involved. My wife has taught him to sit, come, shake, stand on his hind legs, and she’s teaching him the speak command. He loves greeting people at the front door with a chatty series of meows, and he will run to the laundry room when he hears the garage door open. Never doubt for a second why they call Ragdolls puppy cats! Milo does not like taking a bath, but he gets one at least once a month. He also does not like being told to get off the dining room table (Ragdoll stare down). 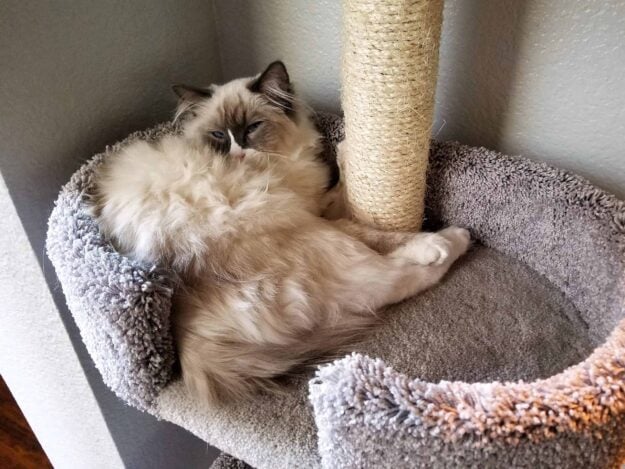 We are fairly certain that Milo will eat just about anything. Having said that, we are extremely careful with his diet. For treats, he gets a couple of Blue Buffalo chews every day, but only if he obeys commands. At the advice of our breeder and Milo’s vet, we only feed him grain-free canned food. As such, he’s never had any issues with food allergies or UTIs, and he’s a very healthy boy. As far as beds go, Milo likes his Ugg blanket and the recliner. He also loves his rope scratch post and the cat tree we purchased at Costco Wholesale. For toys, nothing beats a wadded up paper ball. One of his favorite play activities is “keep away”. He sits in the middle between two of us, and we toss a paper ball over his head in an arc. His job is to jump up and bat the ball with his paw. When he does, he will sit patiently and wait for the next volley. He really is a remarkable cat! 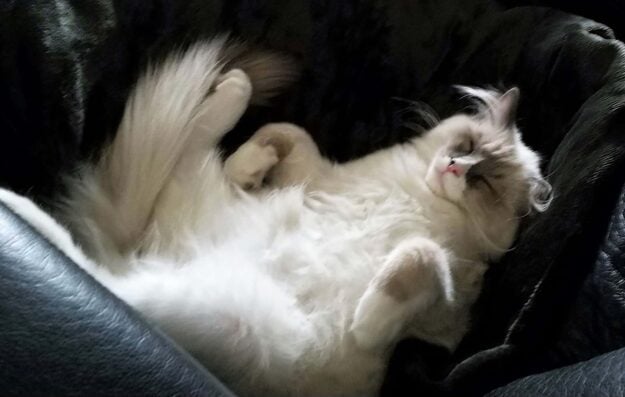 If you are looking for a wonderful addition to your family, and you are considering a Ragdoll, GO FOR IT! Milo is an incredible kitty, and the Ragdoll is an amazing breed. Ragdolls are warm, friendly, playful, and they will make you smile every time you see them. 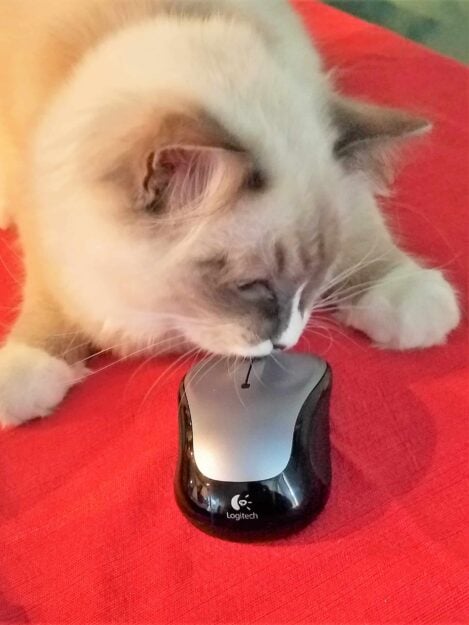