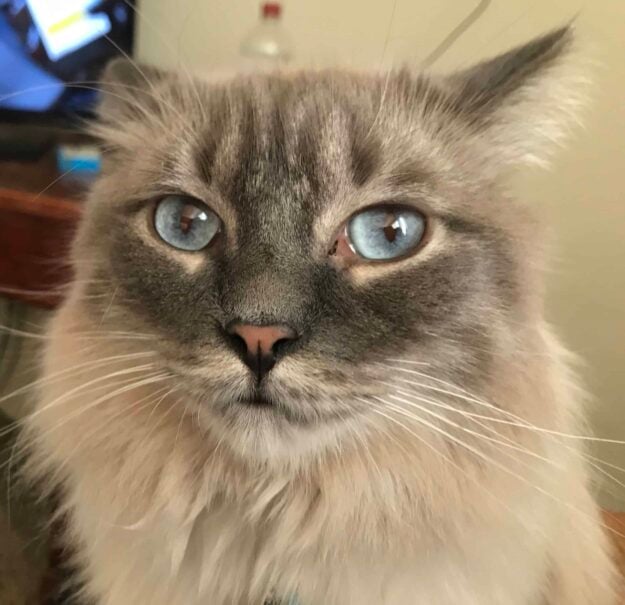 I received Harley as a gift from a friend after my service dog passed away. She had found a wild Ragdoll and the mother was very pregnant she took it into her house and that night she gave birth to five beautiful kittens unfortunately only three of them lived.

She bottle-fed Harley – he was very tiny.

Harley became very affectionate from the beginning and he has grown into this beautiful cat you see now. He loves to go for walks and he will constantly sit by the door and yell almost like he saying out and he loves it unfortunately he has to be an inside cat as I live in an apartment, but I take him out on the patio on his leash and take him for walks around the property. 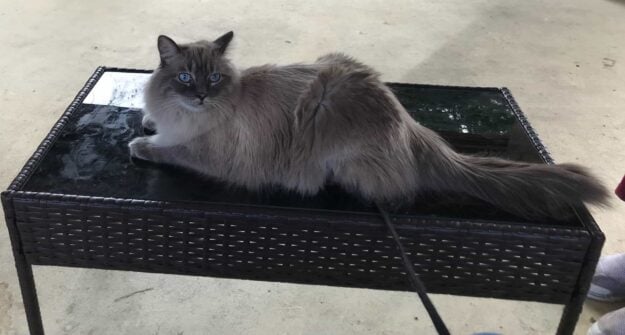 I am planning on moving in June to a smaller apartment so I have a lot of boxes and Harley and my other cat love climbing in and out and hiding in the boxes, popping up and scaring each other also plastic bags and any kind of container or box he tries to fit in whether he does or not. 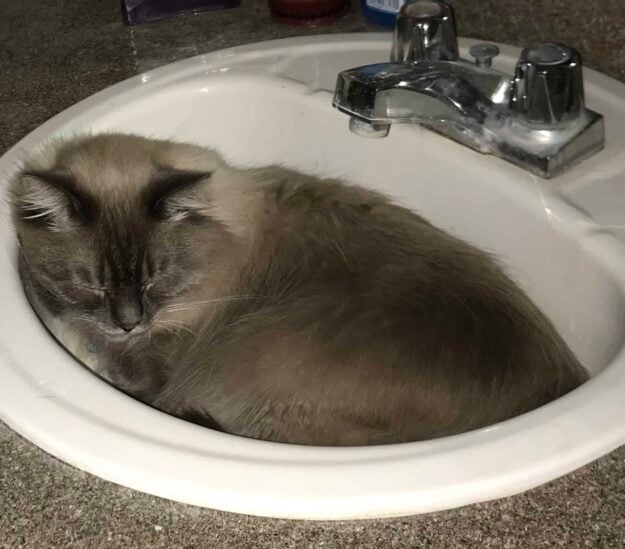 He is now three years old and weighs around 20 pounds he’s not the largest of the kittens his mother had, but he is a pretty big hairy fuzzy ball of love. I recently lost my son and my companion, and if I cry he comes up to me and comforts me he knows something is wrong. 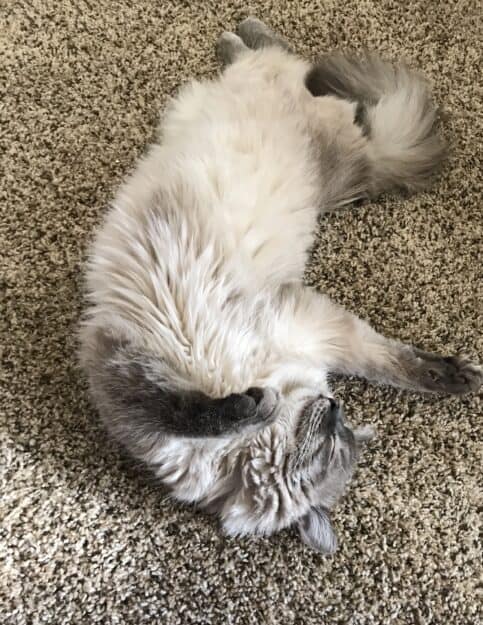 He loves people he loves attention someone comes over he has to make sure they pay attention to him. His favorite toy is a ping-pong ball or a box. He’s constantly opening the bathroom cabinet door and letting it shut it fascinates him he doesn’t go in he just opens it and lets the clothes. 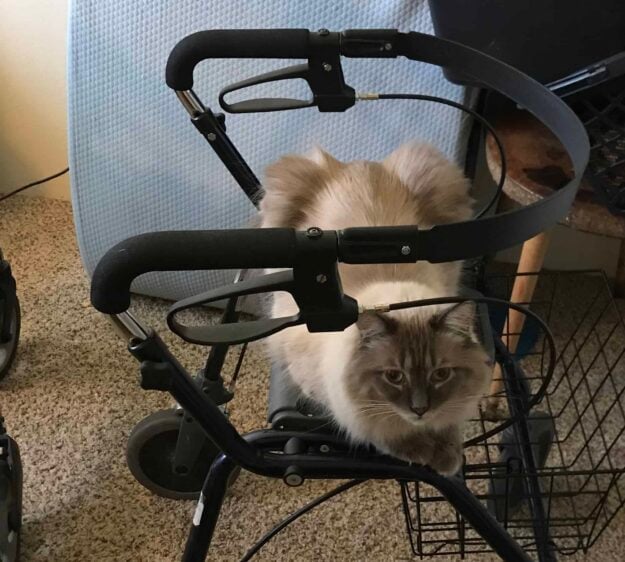 He loves to come up to me and lay on the arm of my chair upside down so I can rub his tummy he loves to be brushed and scratched which I have to do a lot since he is so hairy. 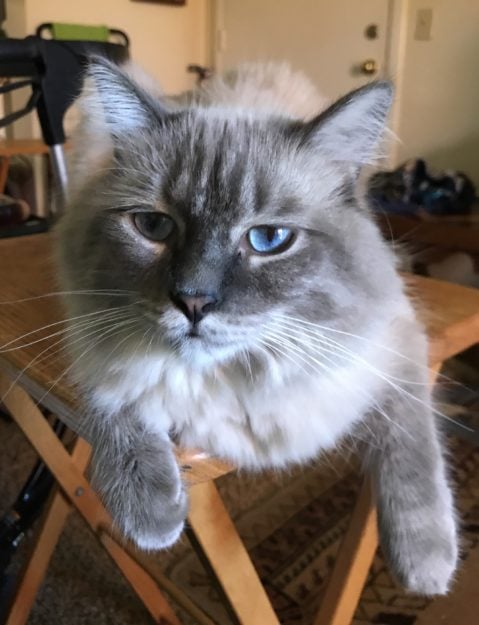 He’s very picky about the cat box, I have to clean it at least twice a day and if there’s anything in it he’ll sit by it until I remove what is in it then he’ll use it. I have one other cat that is a tuxedo that I rescued and they play chase all through the house. If he wants to sit somewhere on the table he will take his paw and knock everything off of the table one at a time until there’s enough room for him to lay down. 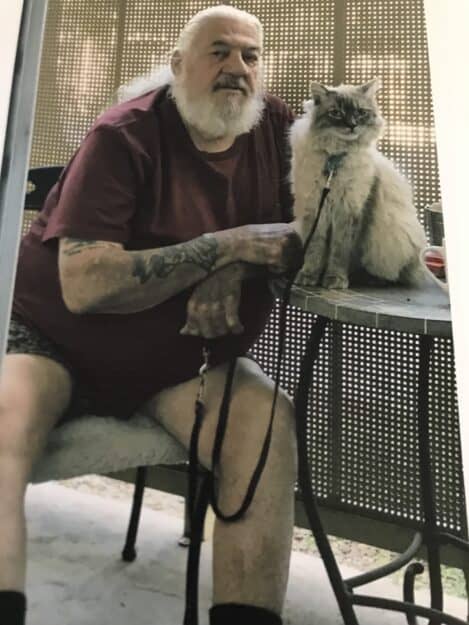 Right now he is grieving over the loss of my companion because that was his buddy, he doesn’t understand that he won’t be coming back so he lays on one of his T-shirts at night. Is he’s spoiled? Oh absolutely! I wouldn’t have it any other way. He loves to climb up the screen door sit on the edge of the indoor and jump nose dive into the recliner it is really hilarious – I hope you enjoy the pictures I have posted.

2 thoughts on “Harley – Floppycat of the Week”