Trinity and Tyler - Floppycats of the Week 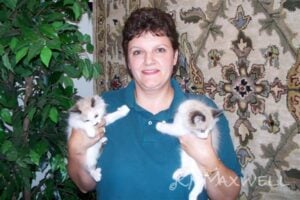 We adopted Mr. Tarheel Tyler and Ms. Trinity Paige in June 07 when they just little things. Jenny featured them as Ragdolls of The Week back in 2010 if you'd like to read that I gave Jenny the wrong year and said 2008. Oops.

When we first brought Tyler and Trinity home, Tyler was sneezing a lot and smaller than his sister. He ended up having a blade of grass stuck up his nose. Trinity was more coordinated and still is. Tyler has a sensitive tummy and had a mass removed from between his shoulder blades but is healthy. Trinity would be the dominate cat if she were bigger. Her mind just doesn't get how much smaller she is now that her brother. August of last year she was diagnosed with struvite crystals that can be controlled with 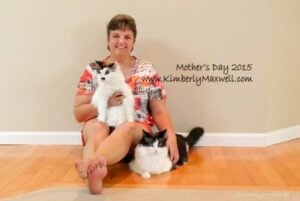 diet. I never realized how hard it was to get two cats to eat two separate foods that one can't eat the others. They always want whatever the other is getting. This is not the only area they are jealous of each other. In March of 2015 Trinity howled out and passed out. Many test and a few weeks later she was diagnosed with idiopathic seizures/epilepsy. We are still learning and adjusting to this and the treatment.

In the eight years since they've been a part of the family we've really watched their personalities come through. They both watch what the other is doing, playing with or even where they lay. If one cat lies in a new spot it won't be long before the other has to check it out too. They both want lap time. Tyler wants to be as close to our face as possible and Trinity has to lay facing away from us. If she's on our lap and Tyler walks in the room she'll jump down. I think I'd love to hear their unspoken 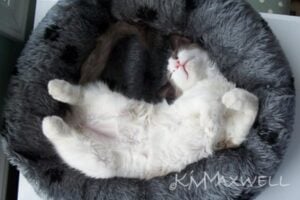 Tyler is a big'ole lover boy. Tyler was named Tyler when we adopted him. I liked the name and it seemed to fit. He got his middle name, Tarheel for two reasons, one because my hubby is a big sports fan and two- well look at his back leg 🙂 Neither of my cats like sounds or company but if Tyler knows you—he'll give you a head-tilt (that I adore) and when he is really happy and purring away he'll slobber drool. He does the Ragdoll flop, he likes his belly petted and he's never in a hurry. Tyler has a very addictive personality. When we play a game with him he'll demand it several times a day for weeks until he moves on to the next game. He likes rug rides, playing ball as long as he's hidden under the ottoman or behind the big scratcher my hubby made them. There are a few videos on our YouTube channel. 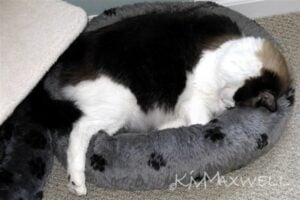 Trinity got her name because she's three colors and our third cat. Also I liked the name if we would've had humane kids. Trinity still doesn't like you to come at her head to pet her head but she'll head-butt us and objects hard enough we can hear it and she prefers the world upside down. We joke her legs were put on the wrong side. She has the complete inability to make a straight line between point A and B and is more spunky, energetic, talkative and active than her brother. My girl has a mustache and more wirely hair than her brother with his bunny soft hair. Poor girl I know how she feels with bad hair. She can block the entire computer screen with her body and she likes to watch animals or sports on TV.

They are both total sweethearts to us and still act like the siblings they are to each other. I wish our family and company could see how lovey they are but most company wouldn't even know we had cats except for all the toys, scratchers, cat trees and beds in every room. 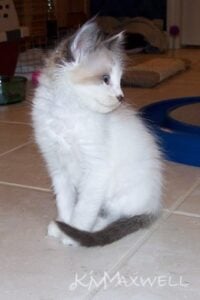 It has been neat watching their colors get darker; their personalities take shape and sharing our lives with them. I'm very grateful I work from home, especially now with Trinity's health. I hope we have many more years with them both. My cats are my kids and I feel lucky and blessed to be a cat mom.

Kimberly was inspired to write the books, The Friendly Floppy Ragdoll Cat (hardback and abridged paperback) by her Ragdoll wannabe's Tyler and Trinity. After dealing with Trinity's health she just recently released the eBook, You Had Me at Meow; Considerations before Adopting your Cat. She has just started a #FureverPledge you can read about on www.atMeow.com. In addition to writing she also designs book covers and enjoys photography. You can connect with Kimberly and read more about her cats here:

You Had Me at Meow; Considerations before Adopting your Cat
The Friendly Floppy Ragdoll Cat books 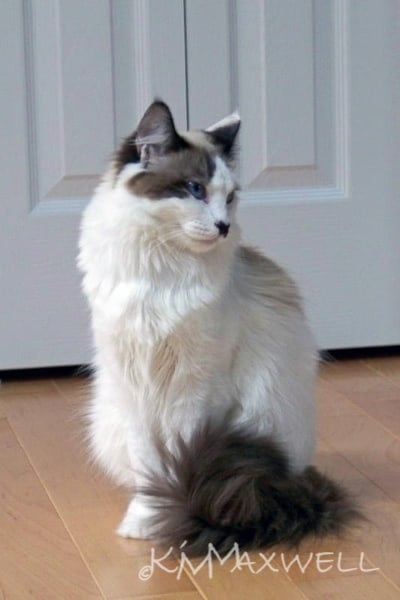 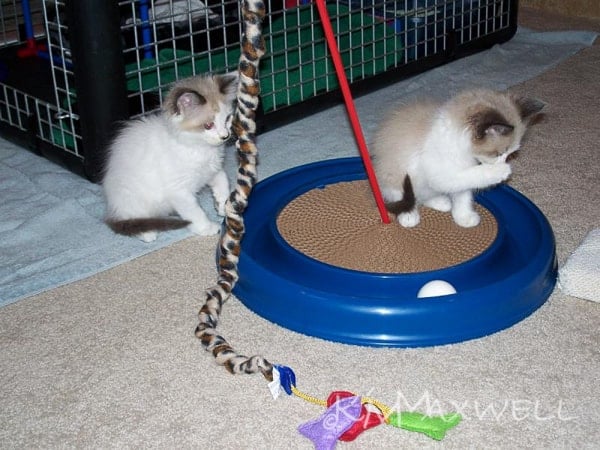 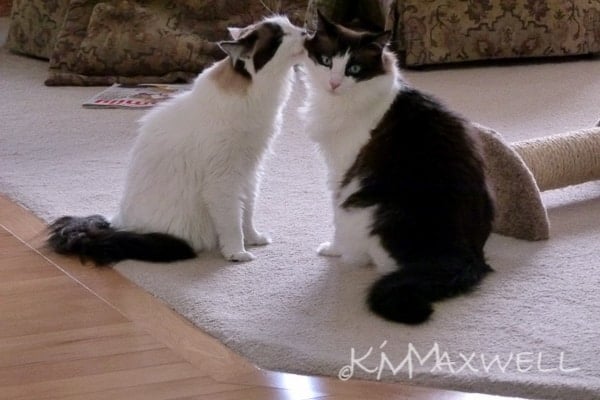 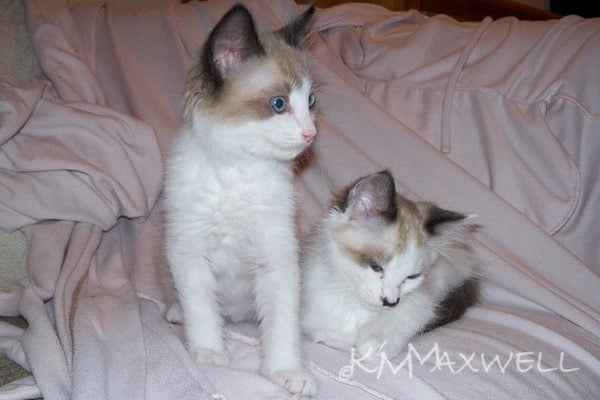 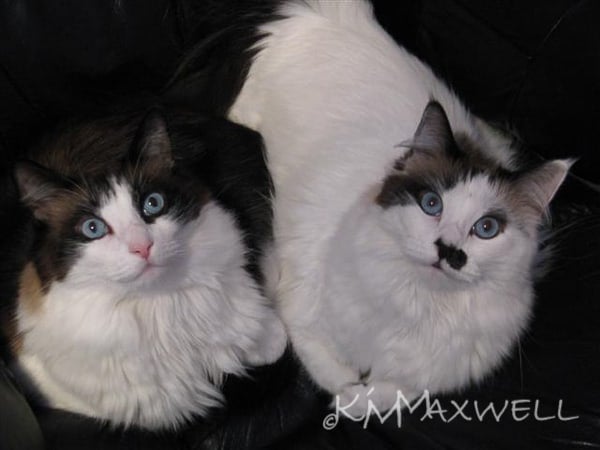 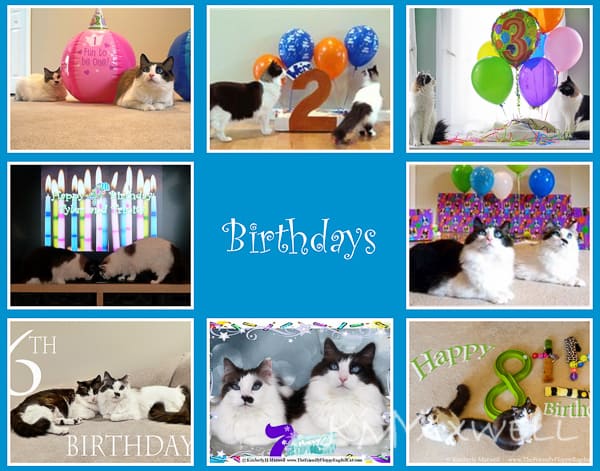 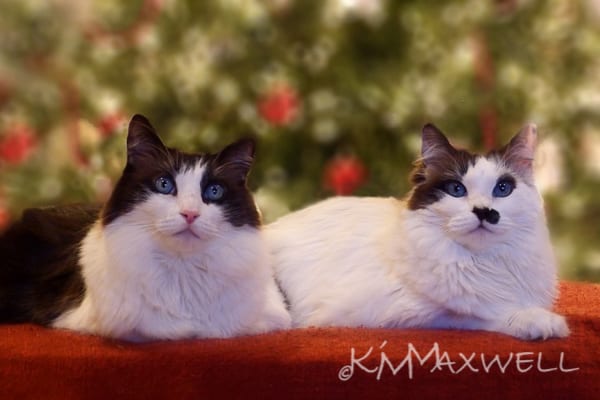 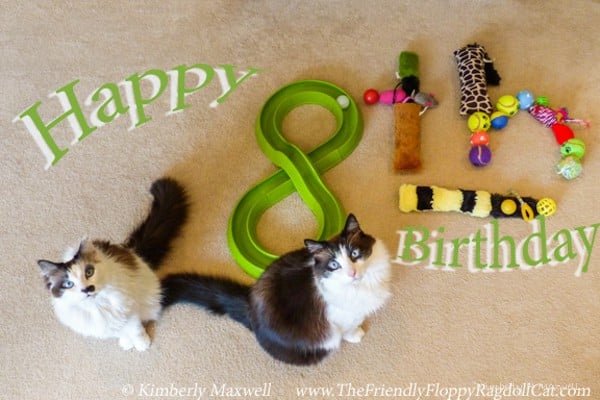 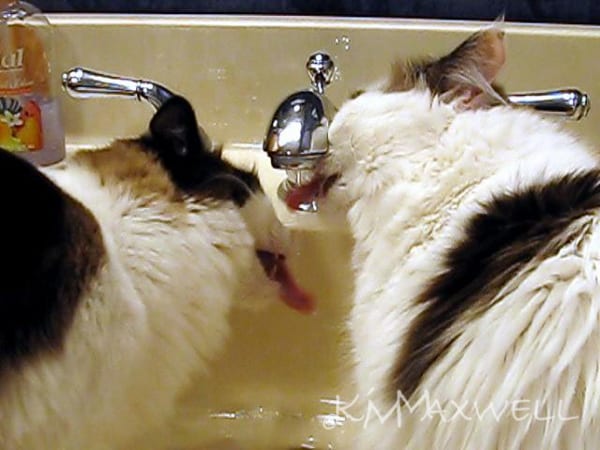 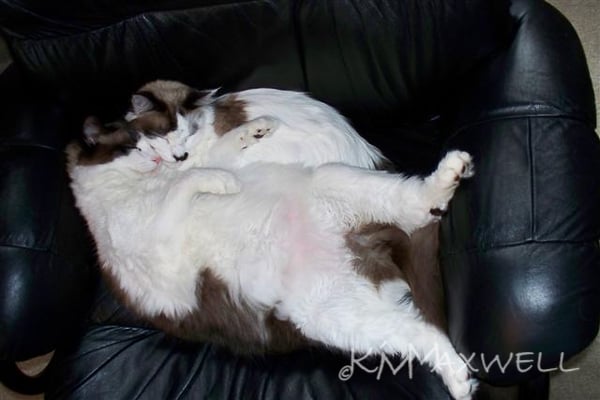 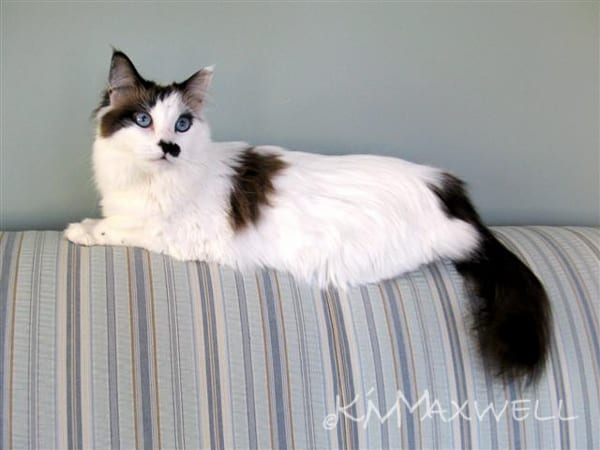 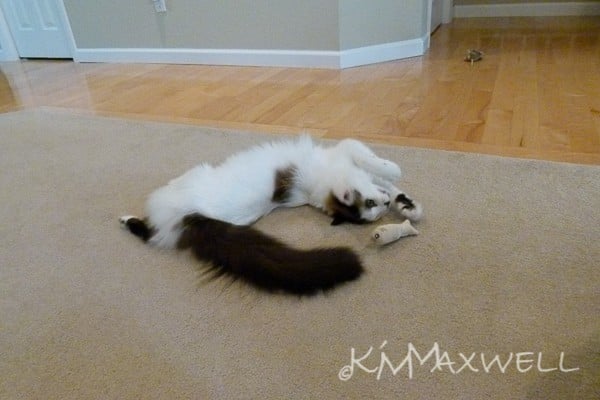 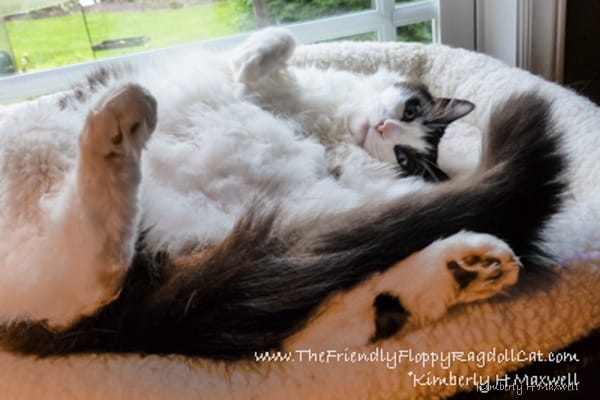 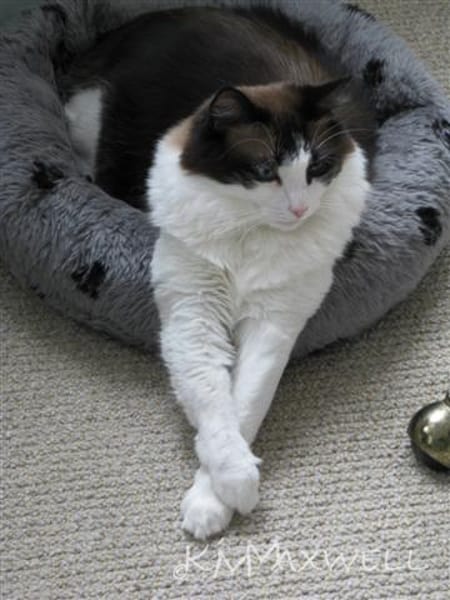