My husband and I adopted our little Ragdoll girls Smoke and Mist in December from Lake Norman Ragdolls (Denver, North Carolina). Although each had given birth to a litter a couple months before we adopted them, I find it hard to think of them as mothers. To me, they’re babies. 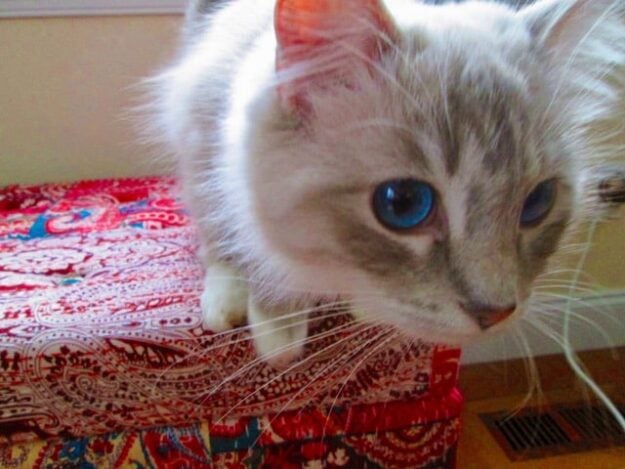 Mist, a blue lynx mitted, has gorgeous eyes—glowing sapphire blue. She’ll be two in March 2018. Her fur is incredibly soft. She loves to eat any kind of food (and she eats really fast!), monitor our trips to the bathroom, watch birds at the feeder, play with toys (especially her fish toy, which she throws up in the air and catches over and over), and play chase with Smoke. She has grown noticeably bigger just in the time we’ve had her. 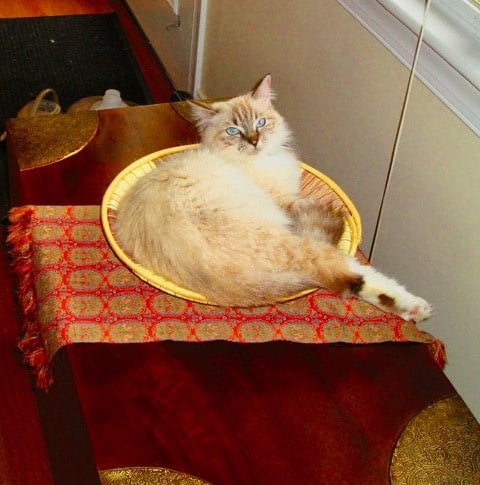 Seal lynx mitted Smoke is a little over two years old. She has crystalline blue eyes and a sweet, kittenish face. She loves to sharpen her claws, investigate the contents of trash cans, sleep on top of bookcases, and look out windows that have long vistas. She’s a gentle, introverted cat, one who often prefers to watch the action rather than take part. 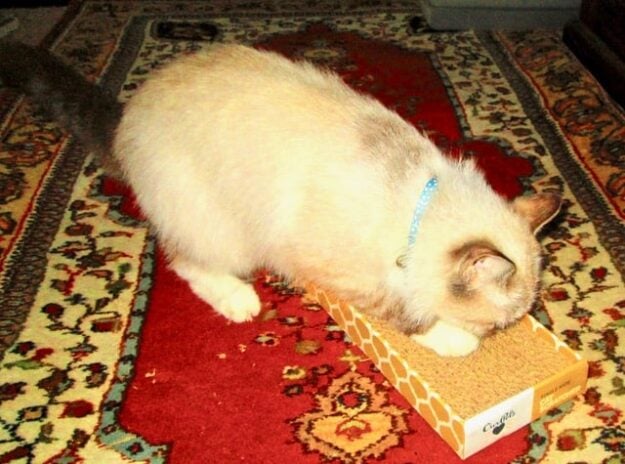 At first, Smoke was intimidated by Mist’s exuberance and occasional aggression. Gradually, Smoke began to stand her ground, and now she chases Mist almost as much as Mist chases her. Sometimes she’ll even give Mist a bop on the nose if Mist is being too annoying. The two girls have recently started sleeping next to each other, touching. 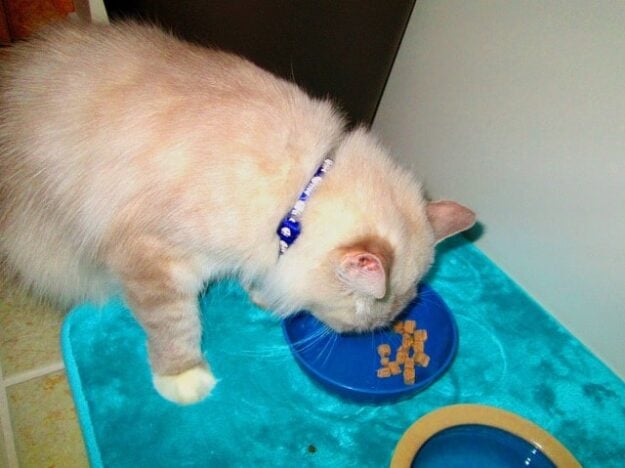 We wanted two cats so that they could keep each other company if we went out during the day and so that we could get some work done without the cats always wanting pets and cuddles and chases. 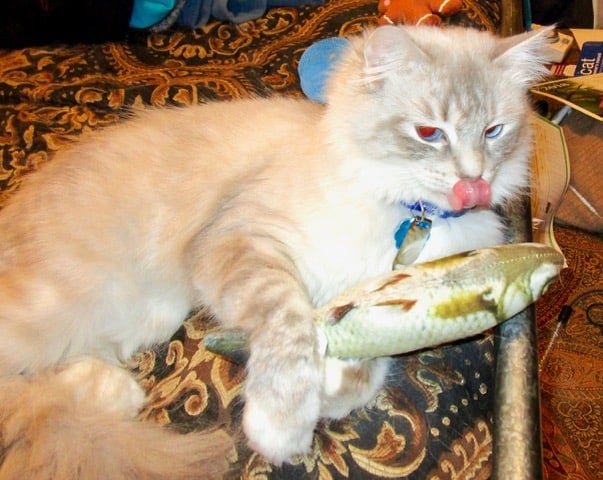 Mist with her fish toy

We decided on Ragdoll cats because (1) we wanted lap cats and (2) we’d had enough of cats jumping on the furniture, scratching it, and knocking bowls, lamps, and other breakables to the floor. Somehow, Smoke and Mist never got the memo on either Ragdoll rule. They jump and climb nearly as much as any other cat we’ve had (four over the 35 years of our marriage). They’re a little calmer since being spayed but not much! 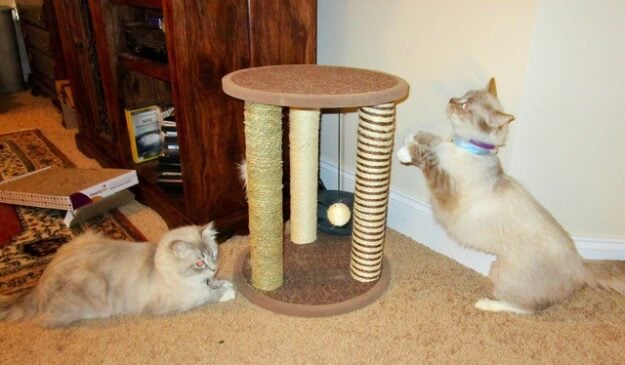 Smoke (right) and Mist (left) together

Smoke and Mist are both affectionate cats, but neither has learned to sit on a lap yet. Mist has made the most progress. She’s begun to climb on top of me then go over to my husband and climb on him, then come back and climb on me, then go to my husband, and so on, purring all the while.

Smoke will stand or lay quietly next to us, purring loudly, but won’t climb on us yet. I hope they both will soon be lap cats. I know I’m impatient; we’ve only had the cats seven weeks, and we all need to get used to each other. 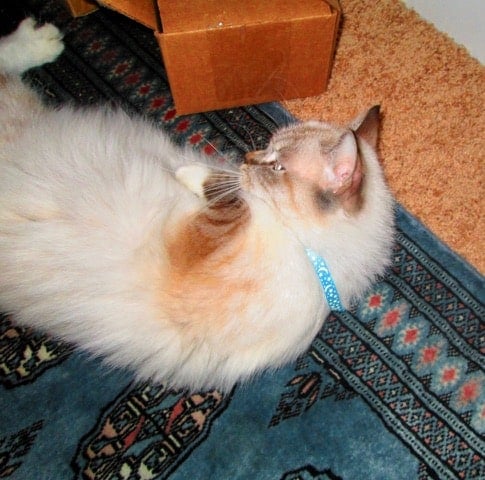 My husband and I are 61. Mist and Smoke are probably the last cats we’ll have. I think we’ve made a good choice and look forward to many years with them.