Bronx was born in Melbourne Australia March 2009, he was a rescue 7-month-old Seal point Ragdoll when he became part of the family of myself, 2 house mates and my old man tabby ‘Kiten’ back in October 2009. 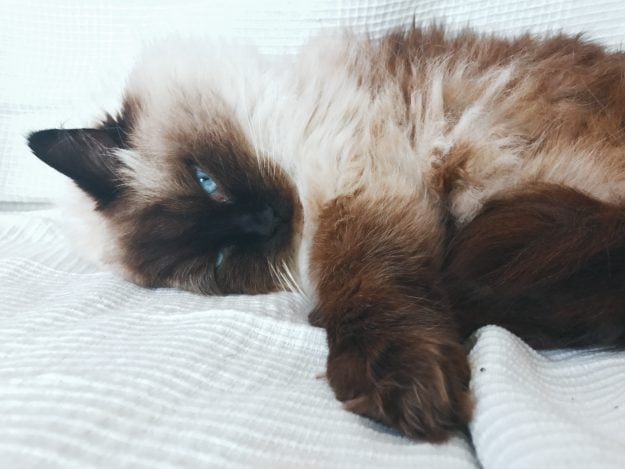 He had already been moved around with 2 previous owners and when I saw him I feel in love straight away and decided his coming home with me before asking my house mates approval, which they fell in love with him very quickly! He struggled for a few weeks to adjust with his new environment and old man Kiten. 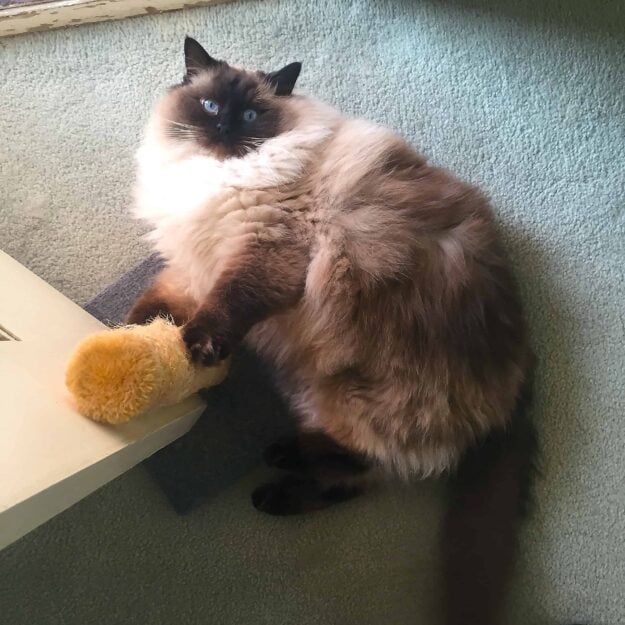 His name came from his previous owner and stuck with us but kept changing over the years to Mr. Bronx and/or Midas, bubby, silly and on and on as you do lol
He loved to be around people most of the time and would get FOMO in most cases, especially if we were in another room or outside. One example he hated any doors closed in the house, so he would demand we open them by scratching continually till we gave in or came to give some attention. 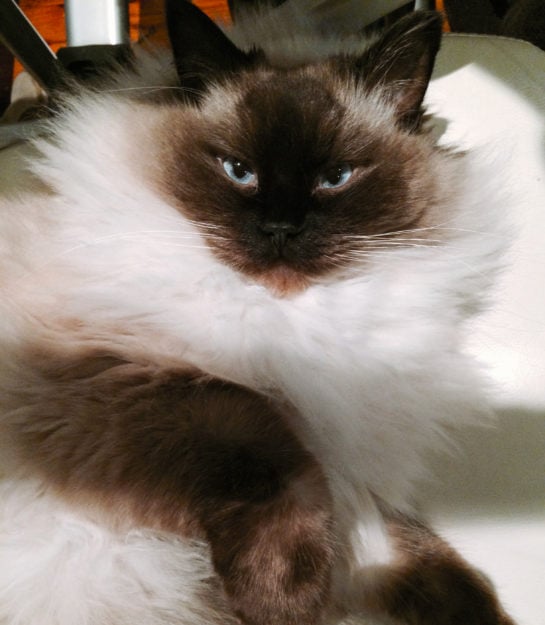 Bronx had good an appetite and loved his fresh chicken, Royal Canin Ragdoll formula and heaps of running water( it had to be running water), constantly scratching his scratching pole, cardboard ramp and at times my lounge chairs, jumping in boxes and washing baskets, my laptop while working and chewing any cords, rope and pens he could find. 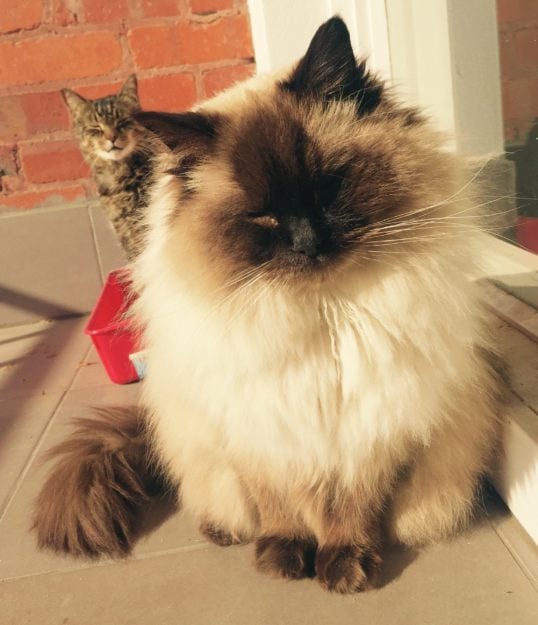 We loved to play cat and mouse with myself hiding and Bronx coming to find me.
In October 2019, I noticed a bump on his side back near his hind-leg but thought it just the way he was sitting, he wasn’t showing any signs of pain or changes in his personality.

It was the start of the year in early January 2020 we found out he had a liver tumor the size of a grapefruit that had become cancerous and inoperable. The bump I noticed was actually his kidneys physically being pushed out from the tumor. 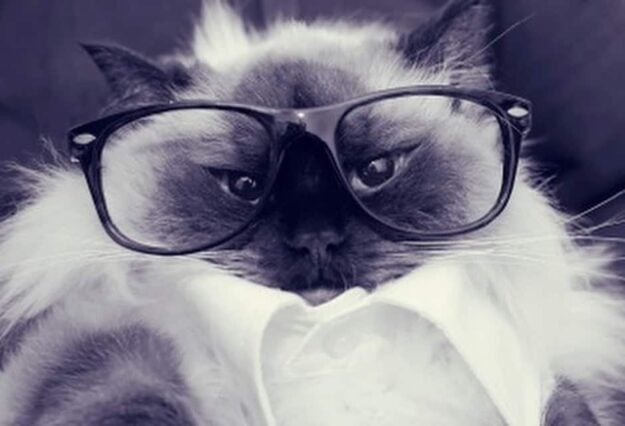 The vet and myself were still surprised he hadn’t shown any signs of pain or changes in his personality and still up to his old tricks as normal.

My 14-year Tabby ‘Kiten’ was unwell at the same time from old age symptoms and on Jan 21st 2020 Kiten passed away.

Bronx then quickly deteriorated around the 26th and passed the following week on the 30th January 2020. It threw my world upside down and the shock is still surfacing now and then.

We were lucky to have Bronx for the 10 years with so much love, laughter and joy! The crew around loved him and kept us entertained constantly.

I loved every minute, which in his last days I had the most time with him right to the last minute in the sedation.

He taught me to never assume even with ourselves and to always question and be active when it comes to health!

He helps me create a love for Rags that will remain forever and inspire to have a family again soon when the time is right!

I know the massive sorrow and pain that I have gone through shows the size of the love and joy we shared!

Love you so much my Bronx! xx