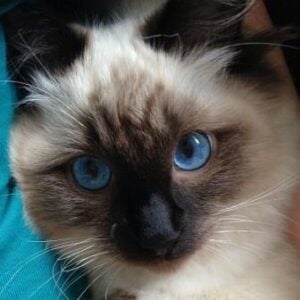 Meet Hendrix, he is a little ragdoll with a rock and roll personality born on the 28th of december 2012. I first found out about Ragdolls by submitting answers to all of the “cat breed selector” quiz’s I could find available of the internet, although I got a different breed as my number one match each time “ragdoll” was always in the top 5 for compatibility, and who could resist those big blue eyes?

I did research for about a year before I actually got to take Hendrix home, all whilst planning my wedding and building my house, I grew up with pets so I was so excited to have a pet of my own again after years of renting in apartments where no pets were not permitted My husband however, was an entirely different story, he did not grow up with animals, and really had no interest in them. 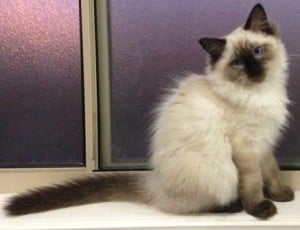 With all my research ragdolls seemed the perfect breed to win over my husband, though I needed have worried, Hendrix had my husband wrapped around his little paw from the moment he picked him up. He came from Chestnuthill Ragdolls, in Eastern Victoria, Australia. Pearl (the breeder) is lovely lady and pleasure to deal with, one of our friends also has a kitty from there and they also recomend Chestnuthill.

He is so full of energy, and by no means a placid docile “doll like” kitty hence his name, he loves music, and loves being sung too. He learned how to open the doors in house at 4 months, so although we planned not to allow him to sleep in our bed, he had other plans. He snuggles up to our feet every night, and wakes us up in the morning by walking on us and purring. 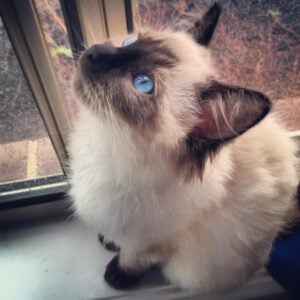 We did have to hide all of our electrical cords when he has quite little, though he seems to be losing interest in chewing on them as he gets a bit older (thank goodness). He also loves bare feet/socks and is convinced that they are toys, ambushing and attacking whenever he can, so these days I live in slippers.

He doesn’t love being groomed and especially dislikes having his claws trimmed, through he still allows me to do it provided I take less than 2 minutes. He does like cuddles from time to time, but by no means all the time he likes his own space too. He would rather sit next to you and rest his paws on you, or by your feet cuddling them, as long as he is near you, but not on top of your lap.

Hendrix is a clown and makes me laugh, running abound the house, following me from room to room. He needs lots of stimulation because he is so active and he has so many toys- cat wand toys, laser pointers, track ball toys, 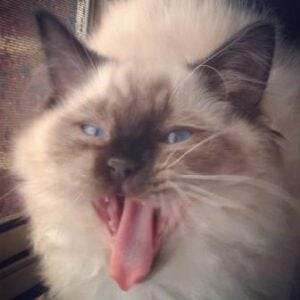 scratching posts, mice with catnip inside them, balls with bells, you name it, but his favourite toys are cat wand toys. As he gets older he is learning not to bite or scratch us in play (as we are trying to learn not to play with our hands, he has been training us very well, lol) and uses only these toys instead.

He is a very quick learner, and I understand why people compare ragdoll to puppies, as he loves strangers as we have guests often. He has even slept over at my grandparents house, and adjusted as if he had been there before, with no distress  (we brought all of his toys, but he wanted to do was play on the stairs, as we have none at our house, lol).

It’s amazing how much joy one little bundle of fur can bring to a household.  He is a genuine sweetheart. He teaches us something new everyday, our house and our hearts would be empty with out him. 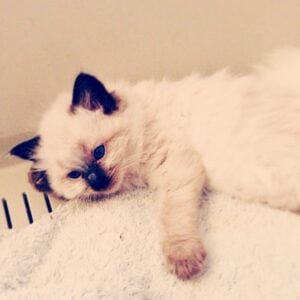 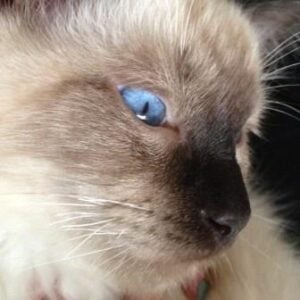 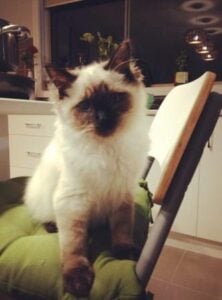 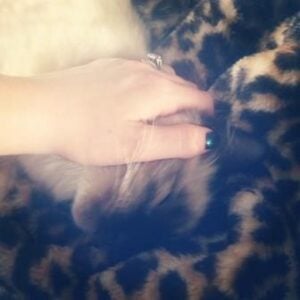 6 thoughts on “Hendrix – Ragdoll Kitten of the Month”