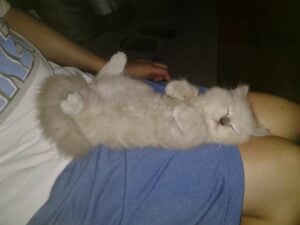 I never ever thought I would own a cat. My husband and I could not agree on a dog breed. One day, a litter of kittens was literally born on our doorstep. We ended up adopting one of them since my husband used to own a cat. I then realized I liked cats.

One day, we were watching Animal Planet and they were showing the different cat breeds. One of the featured breeds was the Ragdoll. My husband and I decided we wanted one. We eventually found a breeder and had to wait for over a year because my husband specifically wanted a male and at that time they only had female kittens.

We ended up adopting 2 stray kittens that were crying outside our house, thinking we would not get our ragdoll. A few months later, we got a call from the breeder saying she had a little boy kitten, if we were still interested. We were so excited and adopted him. 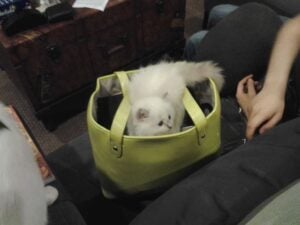 Our kitten is named Chumlee. (yes, after the Pawn Stars guy).  He was born on April 24, 2013. He loves to play with his adopted siblings - Pork and Beans. Pork ( a male) acted as his surrogate mommy when Chumlee was little. He taught him good (and bad) habits. He even let Chumlee "nurse" from him, which I thought was really strange at first. It seems though that it is not as strange as it sounds. Beans was not too keen to have another kitten at first, but now they love to stalk each other. I think having two good-natured kittens as his siblings were good for his transition from his mommy to our home. They are inseparable.

Chumlee loves to eat, and eat, and eat. He is a quiet cat, but will occasionally “squee” or meow when he is asking for food. He will even eat the leftovers of Beans. 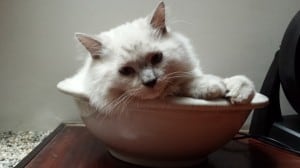 Chumlee loves his bowl. It is an antique bowl that was supposed to temporarily stay in a corner till I figured out where to put it. He has claimed it for his own and loves to sleep in it or just hang out. We never got to move the bowl as he really looks lost when we move it.

He loves toys, anything that moves and towels. Any time we have a hand towel resting within his reach, he will pull it down and drag it around till he gets tired of it. He likes to play with rubber balls. He kicks them around like a little soccer player. 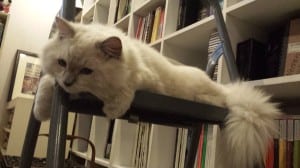 Chumlee likes ladders. Whenever a ladder is open, he will climb it. He has recently discovered he can jump high and may no longer need a ladder to reach the unreachable.

Chumlee likes bags like any cat. When we first brought him home, he jumped into my bag and refused to leave. He likes to watch TV with us, especially if it shows birds.  He also, of course, loves to sleep.

He is a happy cat and we cannot imagine life without him. 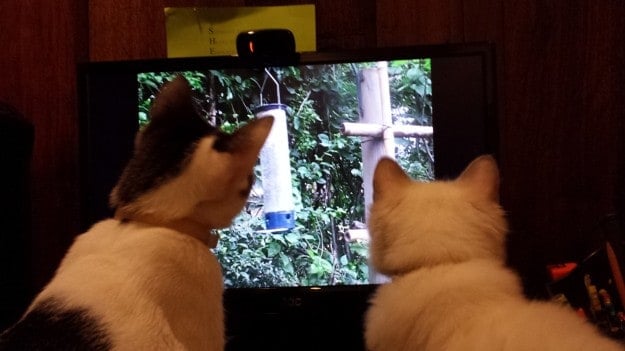 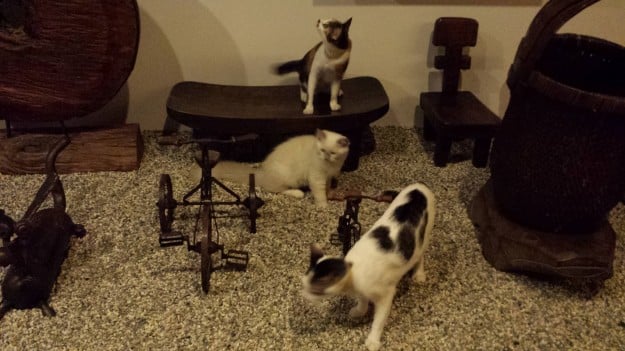 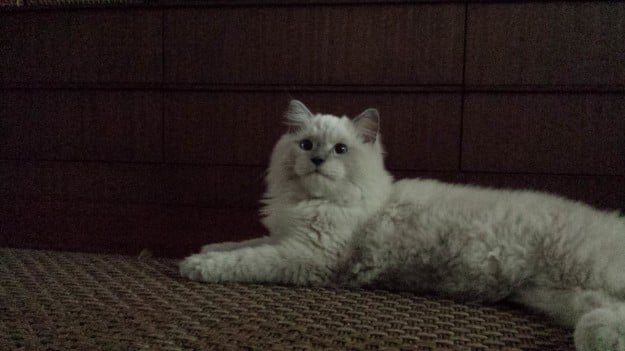 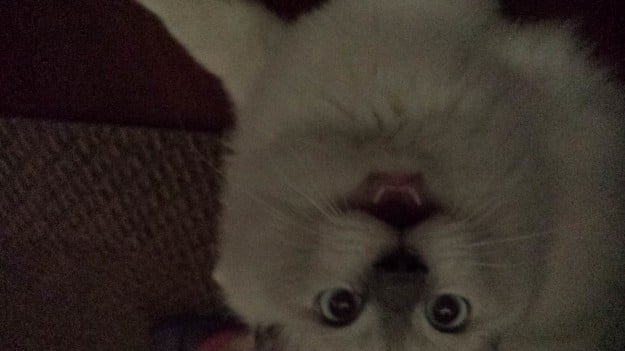