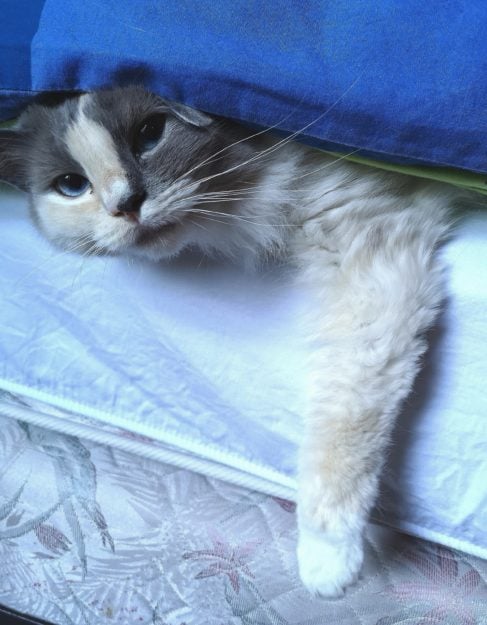 Smoke is a 2 year old blue tortie mitted. I bought her from the breeder when she was 13 weeks old and she has been my "baby" ever since. If you are looking for a Ragdoll, may I suggest a tortie. Torties are so unique it is unlikely you will find two with exactly the same markings. Added to that you get Tortitude! 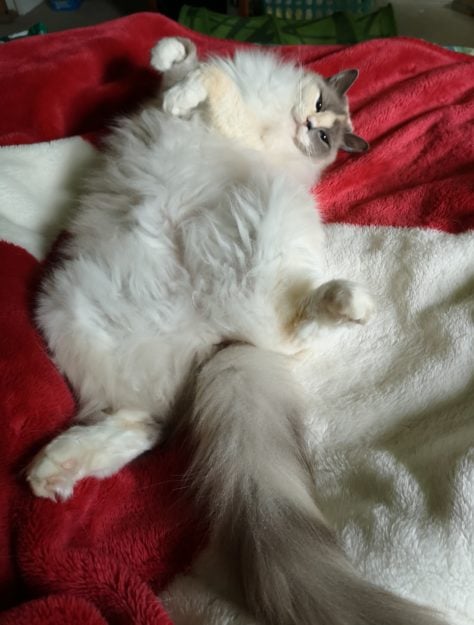 Smoke was brought into my home to help heal my and Cinder's heart after the loss of sweet blind Soot. Soot was a Himalayan rescue. Although it has taken a bit for Cinder and Smoke to become friends, they are company for each other. 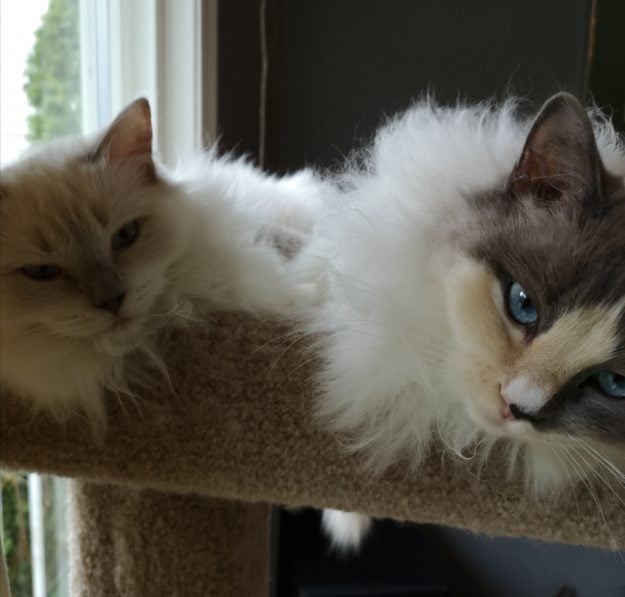 Anybody's cat have their own cat? Well Smoke does. Maple is Smoke's very own kitty. They are the best of friends and are rarely seen without one another. Maple was a foster Ragdoll kitten that Smoke adored. When Maple headed back to the breeder, Smoke was so very sad. After a few months apart I brought Maple back home and Smoke has been a different cat. They sleep together and play with each other. 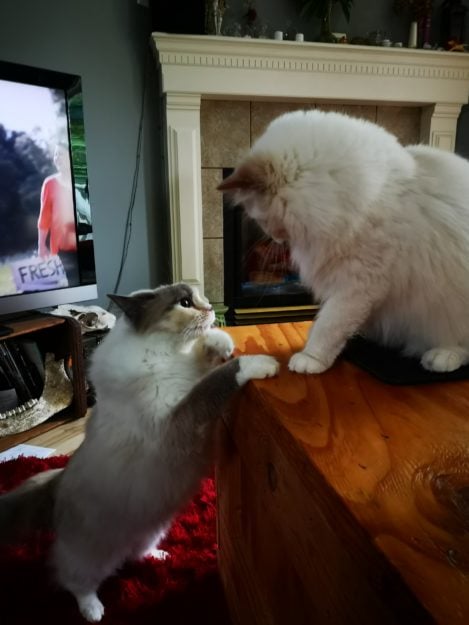 Smoke loves to watch the world go by from her cat tree that looks out over the trees in my front yard, but also likes to sleep on the roof of the car. Black car, white cat..you do the math.. Never one to be left out when a can is opened, Smoke will sometimes demand food by nipping at my leg if I am not getting her plate on the floor quick enough. Favourite foods includes chicken and steak or kitten food… luckily she is not a fat kitty. Fresh air is a favourite pastime if it is sunny...we don't like the rain much. Walks in the neighbourhood on a leash are great except for the mean dog 2 doors down. Those walks have even allowed Smoke to catch a robin! Mice are not safe either. She is very good at hunting! We practice each day for about an hour with her favourite toy…"DaBird". 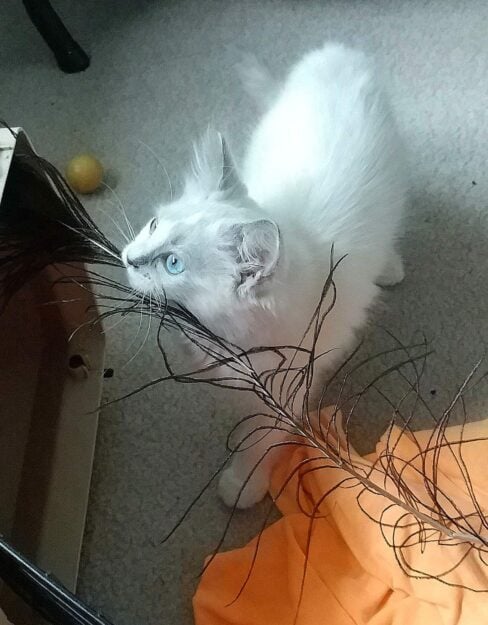 When Smoke was about 9 months old, she went to her 1st cat show as a household pet. She placed 2nd a few times in the rings and was pretty good for the most part. Towards the end of the day, when I went to take her to another ring, she peed all over me. Her Nick name was "Peabody" for the rest of the show. The next day was much better and she placed better in more rings. The following spring I took her to another show and she attended 2 rings before I had to withdraw her as that was the day of Maple's birth. The rush home allowed me to see Maple's birth and 2 more of her 5 siblings. At the end of the show year, Smoke was awarded 17th best household cat in the NW (TICA)! Her show career is done and she is enjoying her retirement from the limelight. 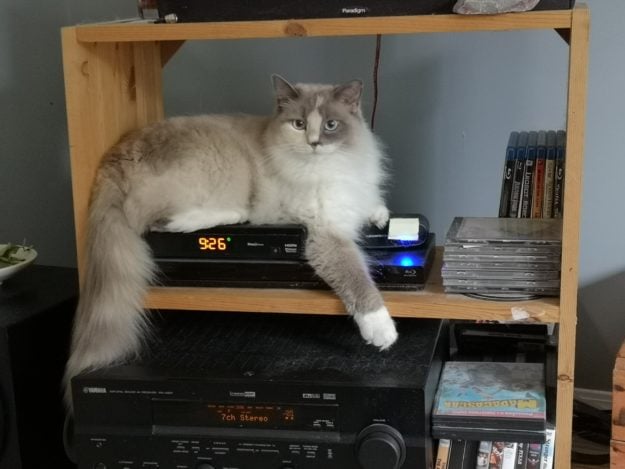 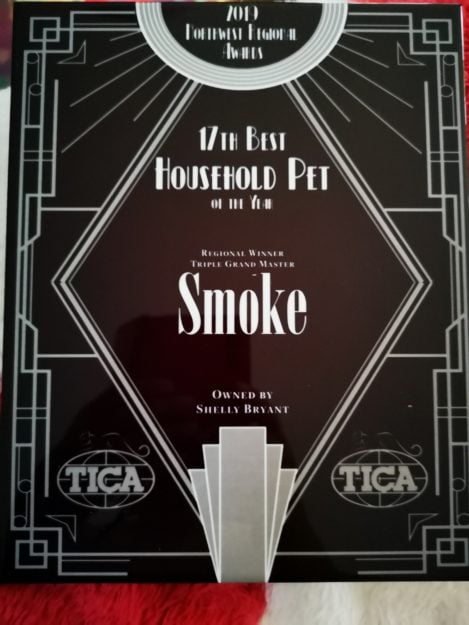