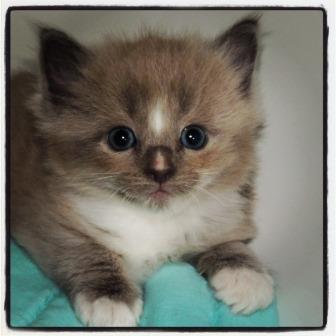 I first learned about Ragdolls from a patient of mine. He had suggested over a year ago that he thought the cuddly, lovable breed would make a great pet for me. At the time I had an older cat, so while I enjoyed researching Ragdolls online (and watching videos of Charlie and Trigg!) I hadn’t really considered adopting a Ragdoll until after our Chrissy cat passed away from cancer in the fall of 2012.

When my husband and I felt we were ready, we really started reading up on the breed and fell in love with Ragdolls! The winning traits for us was their love of people and dog-like qualities (my husband really wanted a dog, but being that we live in an apartment, we agreed that a cat was the better choice for the time being). I think we were also excited to have a cat known for their size! 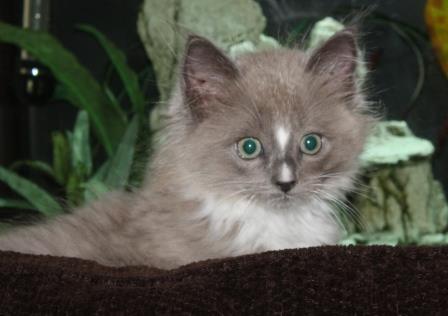 In my research I came across a video and interview on YouTube from Melissa at Rockstar Ragdolls and followed her to her website. I emailed her a list of questions about the cats, and was surprised when another breeder, Ashley from Fairytale Ragdolls, replied. Ashley told me that she was continuing the line from Rockstar, and had just had a litter born on September 22, 2012. Ashley was wonderful and answered all my questions about the breed and her litter in particular. After many, many emails, and coming to terms with our recent loss, we decided to adopt a little blue sepia mitted kitten with a blaze. His blaze and mittens were what won us over! Ashley kept us up to date on all his progress until we were able to bring him home in early December 2012. 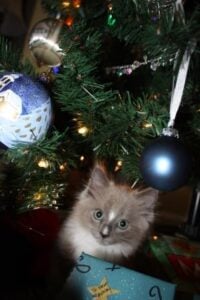 We decided to name our kitten Monroe Napoleon because we consider our pets our “fur babies,” so it only made sense to give him a “real” name. Napoleon was chosen because of his regal stature (and what kitten doesn’t deserve a middle name?). Monroe’s favorite pastimes include cuddling in the morning before we head to work, chasing his tail in the kitchen, climbing the curtains, shadow hunting, watching my husband's fish tank, and playing sneak-attack-cat whenever the opportunity presents itself. He also loves to talk and sing! His favorite toy is a small catnip filled bear that he got as a Christmas present from my sister.

A surprising favorite toy that I would highly recommend for any new Ragdoll owner to include is a baby gym with dangling toys! This toy gym was recommended by Ashley, and it has been a great investment! Monroe loves to play with (and under) it for hours!

Monroe is now 6 months old, and is tipping the scales at 9 pounds. I have to say that in the short time that we have had him, he has taught us a lot about patience and adapting to the unexpected, but we are loving every minute of it! We created a YouTube channel for Monroe so that we could share this awesome Ragdoll with the rest of the world. http://www.youtube.com/user/MrMonsterMonroe 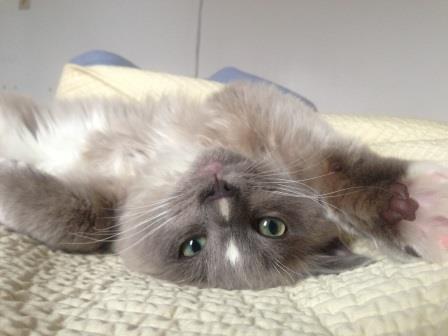 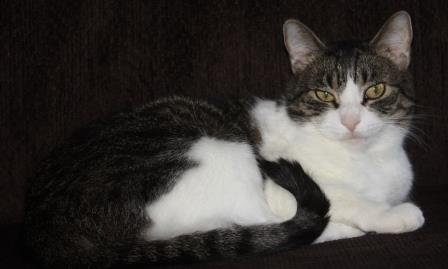 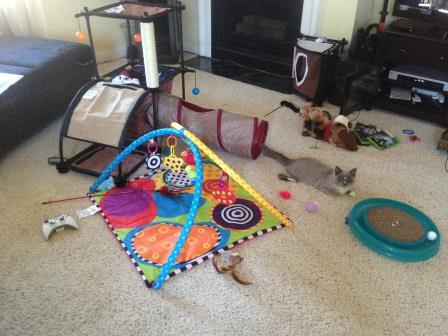 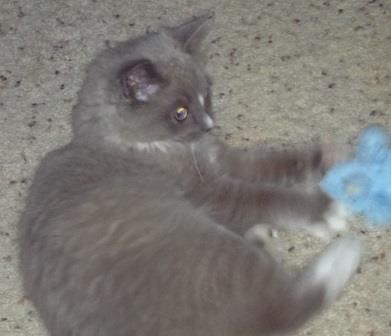 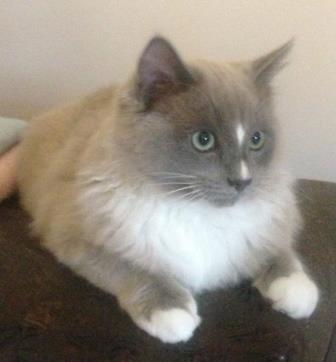 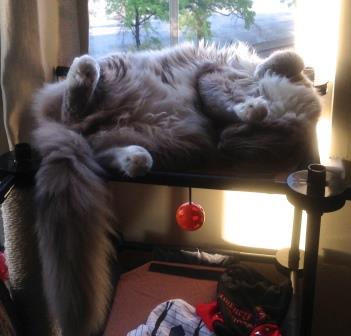 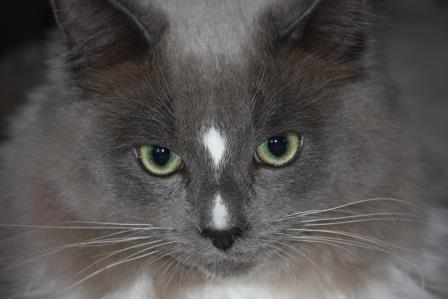 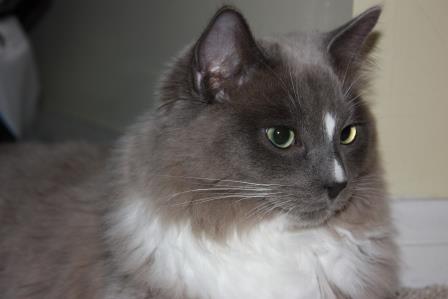