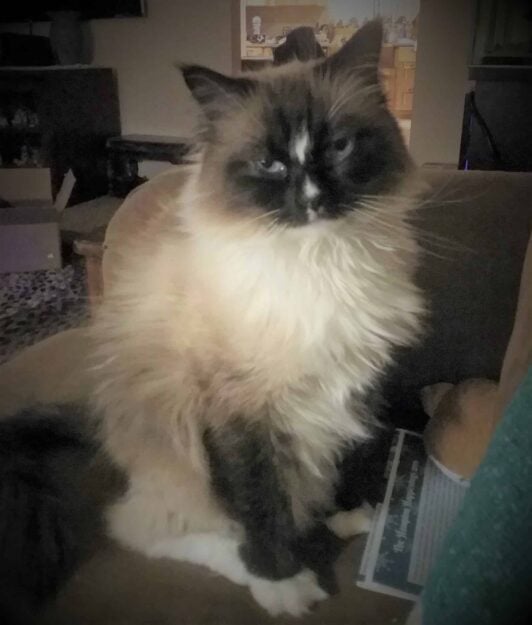 Logan came to us as a “second choice”. We had waited WEEKS for the blue ragdoll that we picked from a breeder in WI. He was coughing on the way home and she kept insisting it was stress and to not take him to the vet. He died after a week of living at the vets.

We had named him Rags. She finally agreed to reimburse us and I chose a breeder in Iowa. I figured it was a good omen that she was from the same town as the breeder with our first parrot. (we now have 5). I liked a bicolor lynx on her website, but he was not yet old enough or had not been neutered. So, I chose a seal mitted. 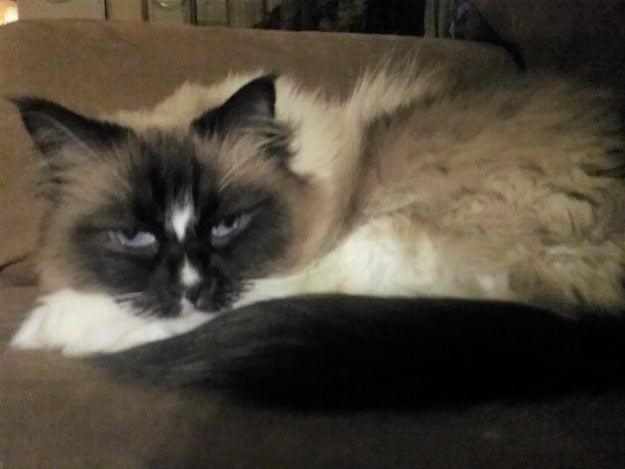 When we got there to pick him up, he was all I hoped for. The breeder’s husband said that his wife felt badly about what we had experienced with Rags and would like us to take a friend home to keep Logan company. The “friend”? The kitty I had fallen in love with. We kept both of their names and now have Logan and Tucker. So different in so many ways, yet so compatible. Briar Rose provided us with some lovely new family members.

I had owned a pet store and got MANY calls requesting ragdolls, but I really knew nothing about them. I did a LOT of research. And, still it surprised me that they were SO aloof. It has only been recently that they have started to sit near us. Or that Logan insist on playing video games. 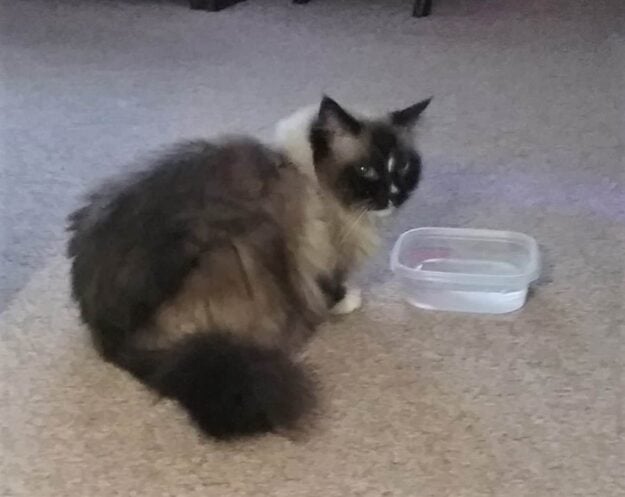 Tucker is a “nester” and tries to rearrange me at night so that he can sleep in the crook of my arm with his head on my shoulder. While Logan is at the foot of the bed. I must admit to loving to watch them play. They don’t do that a lot. 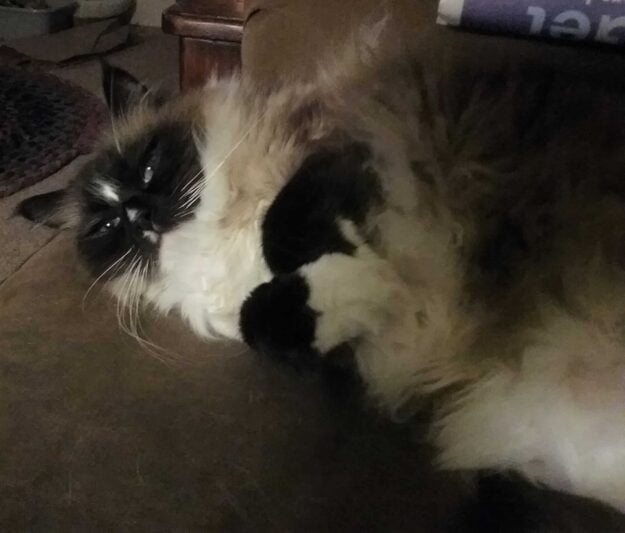 Logan has a rectangular patch on his back. At first it was shorter hair and very obvious. In recent months, it has become thin and has got more white (if you look closely, he looks rather like an old man with a bad comb over!). Neither vet that has checked him can find a reason. He is also prone to UTI’s and has been in “the hospital” twice. 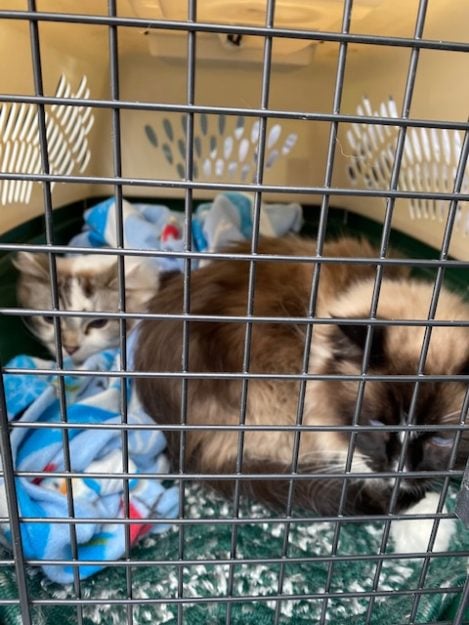 He is now on the C/D cat food. I also mix that with WySong uretic to give him variety and fewer grains. And, of course, we do breakfast of canned or moist food. Unfortunately, Tucker (that doesn’t need extra moisture) loves it and Logan would prefer to not even be offered. Dry is fine, thank you! I do believe her becomes more strikingly beautiful every day. 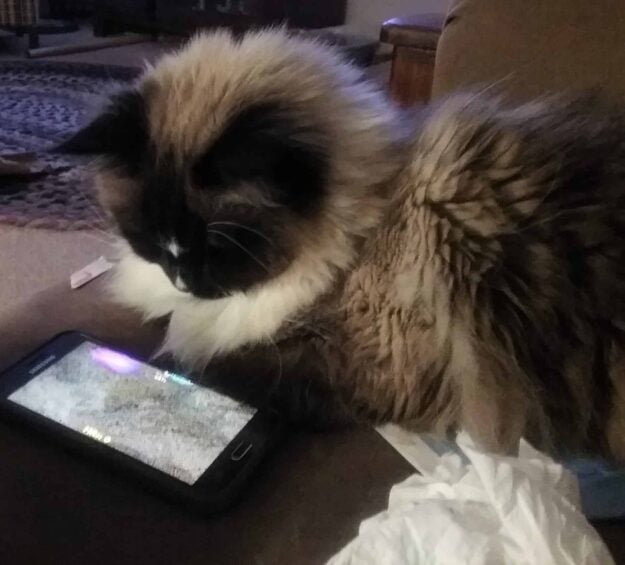 Like most cats, Logans very favorite toy is paper. Especially if he thinks he shouldn’t have it. And, he likes video games. But, his favorite “normal” toy is rabbit fur mice from Kats n Us.

Thank you for letting me share my cat! Logan the Seal Mitted Ragdoll.