Here’s the story of my 7 years old Bengal Chester. He leaves in Northern part on New Jersey. 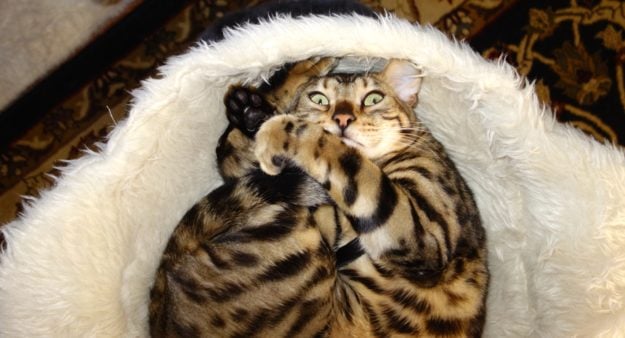 I want to back up a bit to tell how i became a cat person from a start. Back in May of 1998 I found a little tabby kitten wondering in my backyard. I’ve decided to keep him and named him Teddy.

And he turned me into hopeless cat person. After he died from the illness at age 14, I was devastated and felt like the only thing could help me to manage my pain is to get another kitten to care for and around 2-3 weeks later I adopted my second kitten Mi-lo.

When Milo was around 1 year old, I really got fascinated with Bengal breed for its wild look, but after reading a lot about Bengal personality I really became interested and we decided to look for Bengal breeders in our surroundings.

We looked and contacted several breeders ended up finding a retiring Bengal breeder in Maryland that had her last kitten litter born on December 27 2012 and had 1 kitten still available that would be ready to go home in about a month. So, we gave her a deposit and waited to take him home. 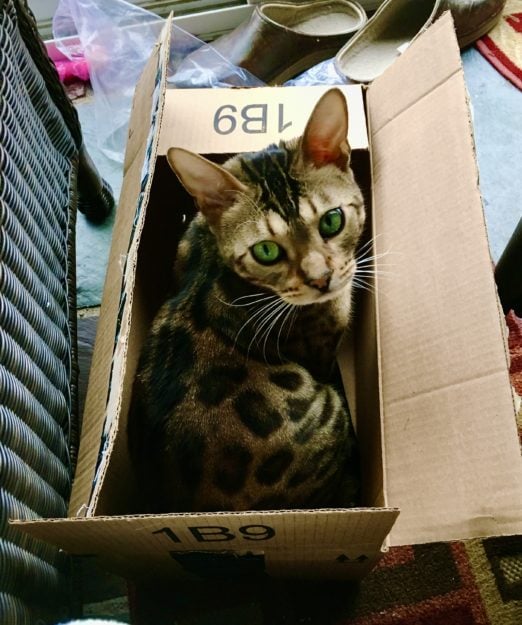 She was nice to send us photos of him growing up from 6 weeks to the time we brought him home at 14 weeks in April 2013. We named him Chester.

We were worried at first how our resident cat Milo would take a newcomer in his house but surprisingly our then 1 year old Milo accepted little Chester very well and from the first day when Chester was locked up in a separate room Milo sat by the door sticking his paws under the door trying to play with his new little brother. 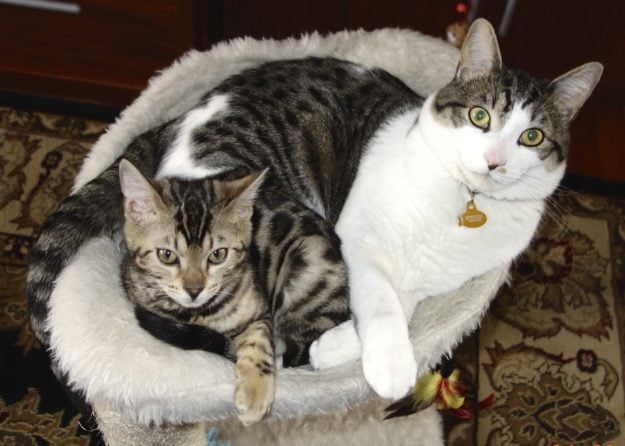 In a few days we decided that it was time to let them meet face to face. It was truly cute first meeting: Milo was touching Chester’s head with his paws gently.

Chester was a bit scared of Milo as he was about 4-5 times bigger (Milo was huge 18 pound cat) Since the first meeting they became best buds. Milo let Chester sleep next to him and share all his beds with him. 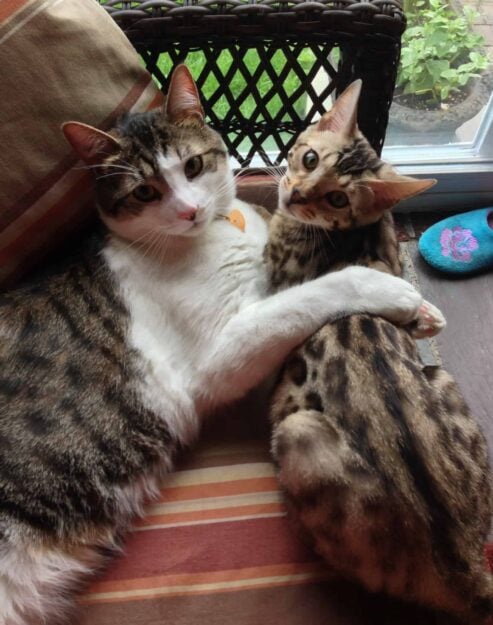 Unfortunately, their closed friendship continued for only 2 short years as the experience the owner of one of the Ragdoll cats of the week “Jannie” shared before in her story I also experienced the same thing first hand with my Milo: One day in April of 2015 i came home after only 1 hour absence and upon entering the house heard very loud cat screams that were coming out from the house and as soon as i opened the door I saw Milo lying on the bottom of the stairs screaming his lungs out.

Chester also was next to him running around him and loudly meowing, very scared not understanding what’s happening to his brother. I was in total shock as I didn’t know what’s going on because when i was leaving a house Milo didn’t show any symptoms of being sick and both cats were running around chasing each other up and down the stairs just short time ago.

After inspecting Milo, I realized that his hind legs were paralyzed and poor cat was trying to move himself by clawing carpet with his front legs, I immediately called the vet and we rushed him to the doctor. 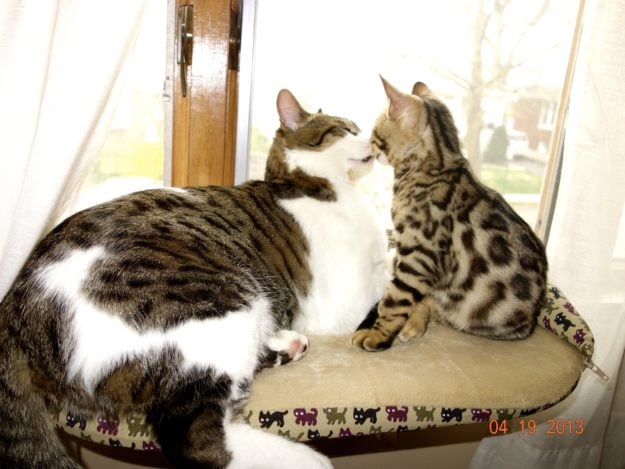 Unfortunately, we never brought him back home as the vet explained that our Milo has suffered from Feline Aortic Thromboembolism (FATE) that most likely came from some underlying heart problem, in most cases it is Hypertrophic cardiomyopathy (HCM). As prognosis for the cat to recover were very poor, so per Dr’s advice we agreed to end his suffering, as the cat was in a lot of pain.

Chester really took Milo’s absence very bad, and constantly was looking around the house for him, not understanding what happened to him.

His personality even slightly changed: when Milo was alive, they were so close that he had less time for us, but after Milo was gone Chester became very clingy to me and would follow me everywhere, and be next to me most of the time.

Like most Bengals he’s not a lap cat but still very loyal to us and hates to be left alone, he likes to spend most of his time in our presence and always runs by the door to greet us when we get home after absence.

On very rare occasion he would sit on my lap, but on other times he’ll be always right next to me. He’s very active and energetic cat, sometimes when he needs to get his energy out, he would run around the house like crazy and jump off flight of stairs down to the floor of next level without actually touching a stair. Or will just jump up in the doorway like on this video:

Also he has amazing personality: he would growl if he doesn’t like something or protecting his toys, he was doing it since he was a little kitten when he protected his favorite toy: plastic spring like he does here:

And if you don’t know Chester it would sound scary, but he’s actually never uses his teeth or claws. He’ve never bitten or scratched anyone in all 7 years of his life.

After Milo was gone I thought since he grew up with a big brother it would be beneficial to get him a friend. So, in April 2015 we got a Ragdoll kitten Jax which is a separate story of how we found Jax. But we’re wrong thinking that since he always had Milo in his life, he would like to have a company of another cat. 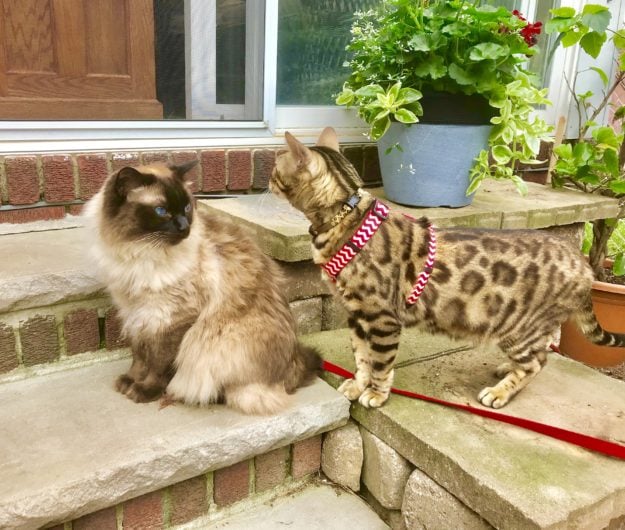 He didn’t want to socialize with Jax at all. We kept Jax in the separate room for weeks, but Chester was just avoiding that room and didn’t come anywhere close to that room. And when we try to make first face to face meeting, Chester just ran away from Jax like it was a fire.

He never showed any aggression toward Jax, probably because he doesn’t have an aggressive bone in him, but just wouldn’t go near nor let Jax come near him. He even at some point got very sick, stopped eating and lost almost 2 pounds.

I was very worried and took him to the vet, where the doctor didn’t find anything wrong with his health, and just ruled it to deep depression.

I think Chester was just jealous and probably felt like all the attention that he used to get to himself was now directed to his new younger brother. 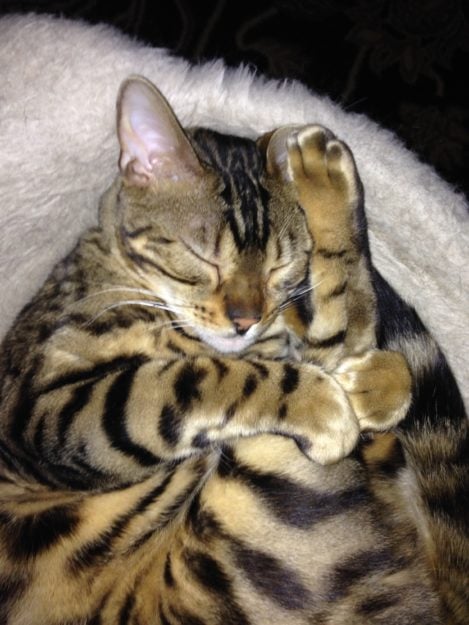 I had to read a lot of literature of how to deal with that situation, and then slowly got him back to his normal self by always trying to show him that he’s loved and important, always petting him first giving him a treat first.

It took a few good months before Chester finally accepted Jax. They have some good episodes, but Chester still likes to keep his distance, and you’d rarely see them sleeping next to each other.

He’s very “talkative” you’d hear him meow so he either talk to himself or always talking to us, you always could have “conversation” with him. 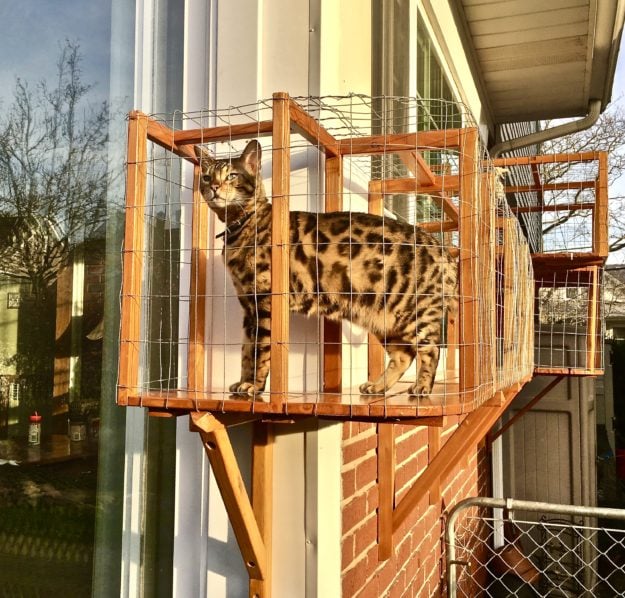 He has lots of toys, but really like to play the app “Game for Cats” trying to figure out where all the mouse and butterflies disappearing.

Very funny to watch him trying to look under iPad thinking that they’re under there and also has “conversations” with himself or the mouse while playing:

Also, like most Bengals he’s very smart and learned to open most of cabinets and drawers looking for the treats and taking out everything he can making a mess sometimes:

I certainly can say that life with Bengal cat is never boring for sure. So now I establish 2 favorite breeds: the Bengal and the Ragdoll. So different personalities and yet each is amassing by looks and personality.