×
Home » Ragdoll Colors and Patterns » Bicolor Ragdoll
Gabby is my first Ragdoll. She is a 2.5 yo seal bicolor. 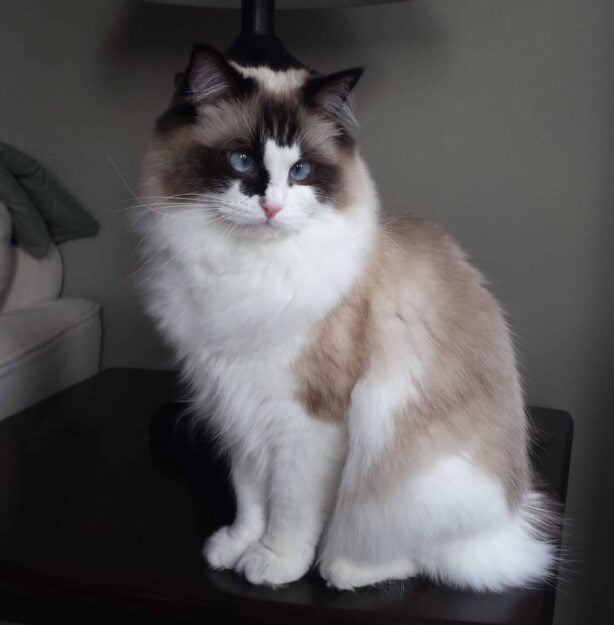 I have wanted a Ragdoll cat since seeing a picture of a ragdoll in the “cat encyclopedia” that my parents brought home when I was a young girl. I spent hours looking at that book and was always drawn to the picture of the ragdoll. 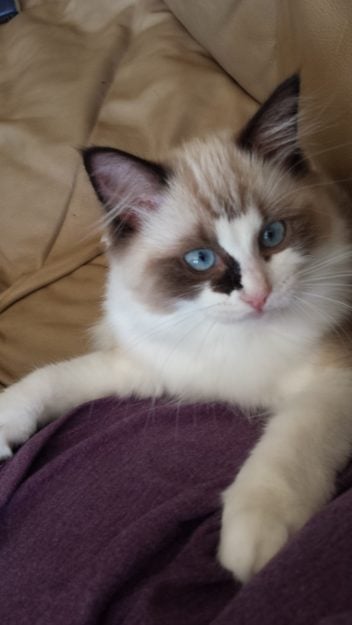 Fast forward 35 years or so and I found myself admiring the gorgeous kittens on Facebook from a local breeder, JoJo’s Ragdolls. At the time, I had an older rescue cat so I did not feel it was a good time for a new kitten but I kept following the Facebook page. 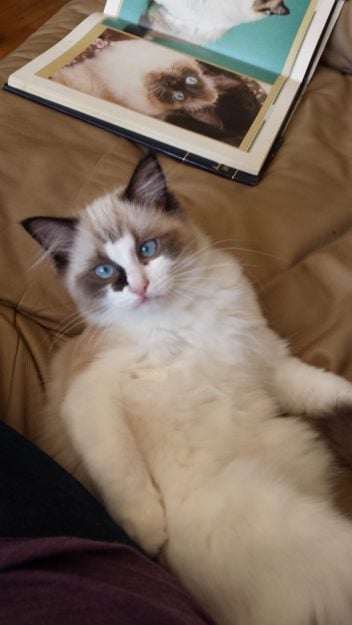 A year or so later, the summer of 2017 my senior cat was quite sick and I made the decision to have him put down when I was on holidays. A few days before I had planned to go to the vet, a gorgeous picture of a ragdoll kitten was posted by the breeder saying the kitten was available!I thought this must be fate, the breeder normally had a waitlist. I quickly messaged her but to my dismay she said someone else had already come by to look at the kitten and was interested. She was going to check with her husband and get back to the breeder in the morning. I was so disappointed. To make matters worse, I asked if I could be placed on a waitlist but the breeder informed me that she was retiring from breeding. She was the only registered breeder in our area.I figured my dream of owning a ragdoll would have to wait. The next evening however, I received the best news. The other family decided not to take Gabby and she invited me to come visit. I showed up at her house the next morning with money in hand!! I was so smitten with her sweet face. There was no hesitation about taking her home!! 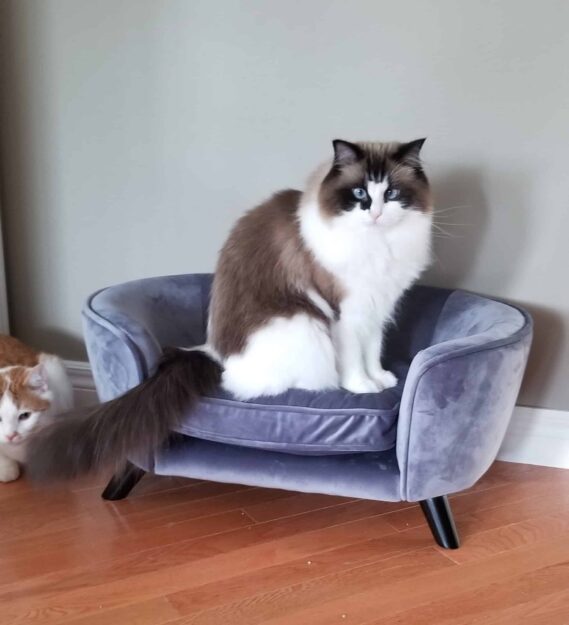 Gabby is a sweet cat but she was a handful, to say the least, as a kitten. She had personality plus. She frequently had major zoomies and one night was so wild, she ended up on top of the living room curtain rods, pulling them right out of the wall!!She needed a lot of attention. He behavior was definitely worse on the days I worked. My senior cat was still with us (long story but he didn't get put down that summer after all) but he had no interest in a young, very energetic kitten.I would try to play with Gabby as much as possible but she continued to be a handful. She would chew on wires and photo frames out of spite!! I prayed her behavior would improve once she stopped teething and got spayed but no such luck. I was at my wits end.In the spring of 2018, my senior cat passed away. I decided a month later that I would get a playmate for Gabby. That was the best decision I ever made. I adopted a 10-month-old ginger DSH named Oliver. 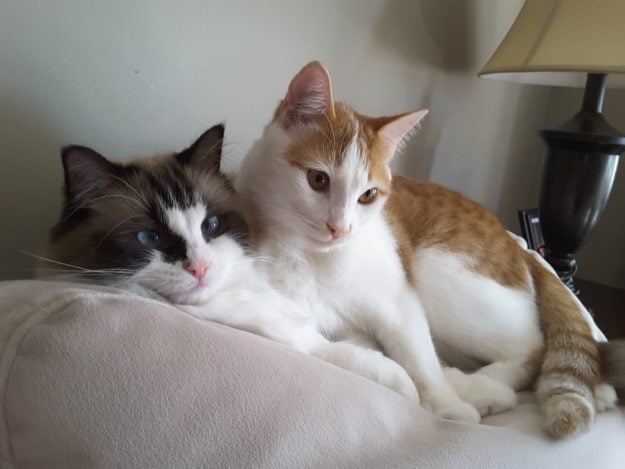 He and Gabby became fast friends and her behavior improved dramatically. It is true that Ragdolls need company and do better with another cat. It was so sweet watching them play together and groom each other. 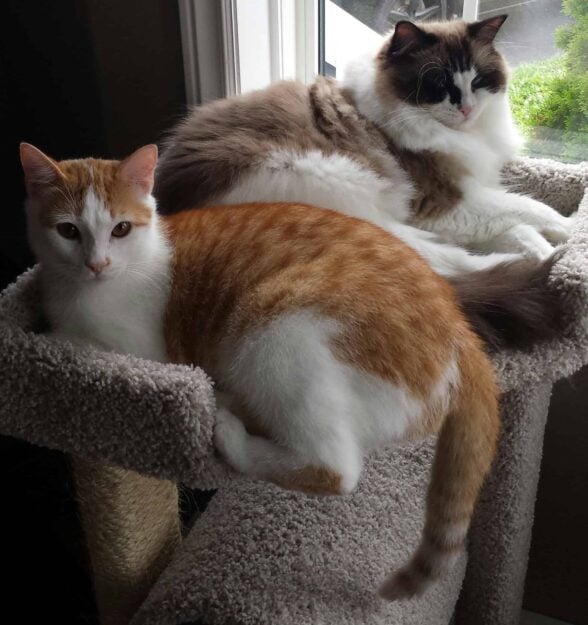 Gabby’s sweet side certainly started to show through. She is now my constant companion, following me EVERYWHERE around the house. She is not a lap cat but always has to be close!! She is now almost 3 years old and still loves to play. Her favorite toys are the Catdancer wand toy and plastic springs. She also enjoys watching birds out the window!I am so glad that I have been able to experience owning a Ragdoll cat. They are an amazing breed. Definitely a lot like puppies!! I have since bought a second ragdoll cat. Theo joined the family last summer and is now 10 months old. Gabby quickly adjusted to him being around.

Funny enough, she is now the calm one as she watches the boys bombing around the house!! My advice to anyone thinking of getting a ragdoll for the first time is to get two if you are away from home most days and do not have another cat to keep it company.I strongly believe Gabby’s was misbehaving as a kitten out of boredom. Although the new kitten has his naughty moments, it is nothing compared to Gabby's antics!!Thankfully I can laugh about it now!! I am so blessed to have Gabby and her brothers. Looking forwards to many more years of mischief!!Do you have a Ragdoll Kitten or Cat?  Consider submitting your kitty!  Ragdoll of the Week submission guidelinesRead more Ragdoll of the Week submissions.