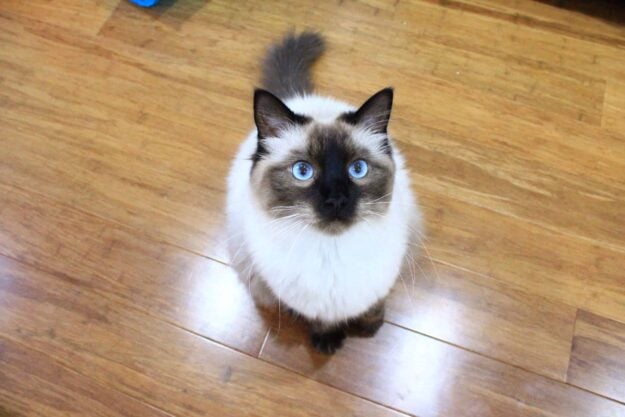 One day my family and I (I still live at home) went to our local pet store to pick up a few things for my pet mice. This pet store has a section for rescue cats/kittens that have come from the Animal Welfare League and are up for adoption. I had been to the pet store so many times but I had never once taken any notice of the adoptive cats (purely because it breaks my heart knowing I can't take them home..) however, this particular day my sister and I decided to check out what cats they have available for adoption. And that was the day that changed our lives! Their names are Yang (Siamese) and Apollo, and in order to adopt them, they needed to go home as a pair. They had been there for 2 weeks prior to us coming to see them, and no one had placed an offer. Perhaps it was that they needed to be taken home together or maybe because Yang has FIV that nobody wanted to take them. Scared little Apollo was curled up in his cat bed right at the back of cage, however when he saw us approach the cage he eagerly greeted us with a rub against the cage and a sweet meow. The second I laid eyes on him, I knew he was mine. I grabbed my mum and made her come over and look at the two of them, she said "we don't need them.. We can't afford them. Someone will take them.." however I knew, that she knew, that they were destined to be our fur babies. We left the pet store, my mum apparently "thinking" and me; well, in a hysterical state because I wasn't allowed to bring them home that day. I remember specifically lying on my mums bed that night, begging her to let us buy them, it took a lot of convincing. I was scared that someone would take them home, I wanted to be the one to regime them! The next morning my mum and I woke up very early and raced down to the pet store, I think before it was even open haha! Apollo (and Yang) was still there, so my mum paid for them and said we would pick them up later that afternoon. 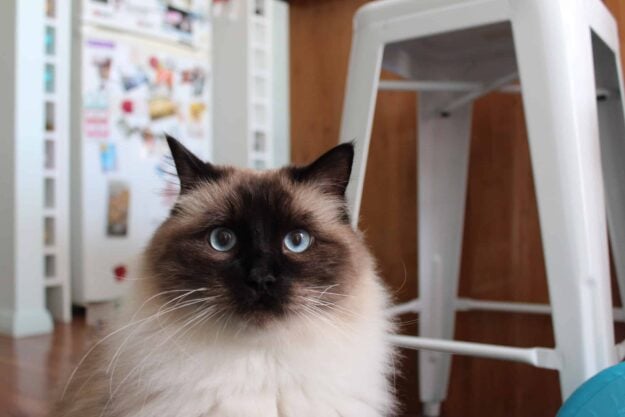 Before Apollo, I had never owned a ragdoll or ever really been in contact with one, so I wasn't familiar with the breed. But the second I laid eyes on Apollo, I knew that his breed was perfect for me and my family, and I was right. He's just perfect. Besides...how could you not just melt over his little face?! 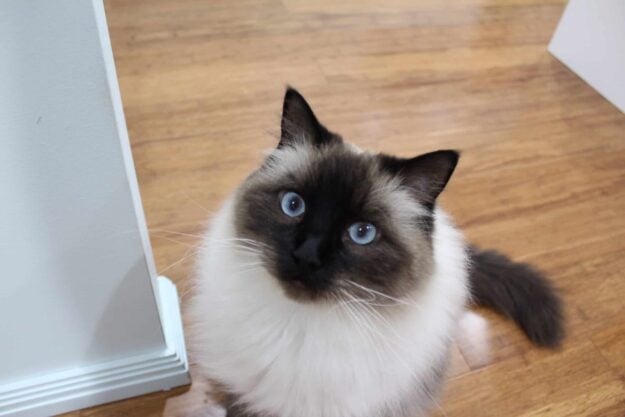 Apollo is one year old. We adopted him when he was around 9 months old, so we still got to enjoy a few of his little kitten months and milestones, and I'm really glad that I got to be the one to celebrate his very first birthday with him. 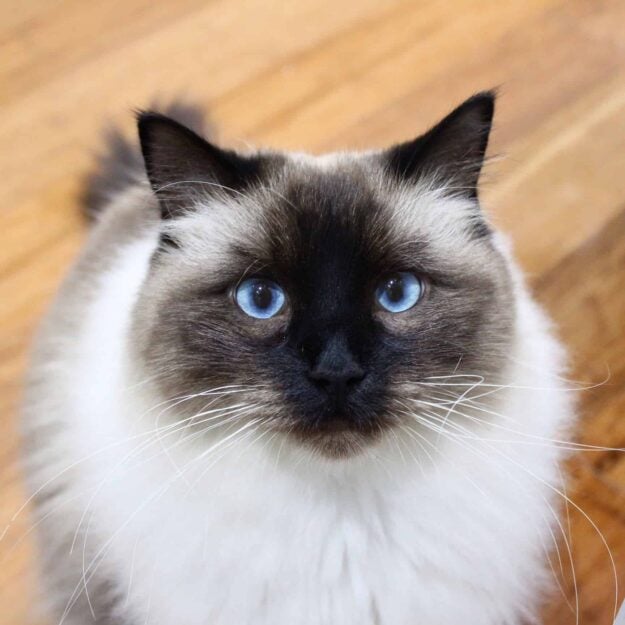 If there's one thing Apollo loves to do, it's talk! There's never a quiet moment in this house with him. He is always talking, but it's nice because as I'm home alone every day, it makes me feel less lonely! I'm sure every cat owner can understand that as annoying (sometimes) it is when they don't be quiet; it's lovely to have a furry best friend to talk to. He's not an active cat, but he has tiny bursts of energy where he goes crazy, but it doesn't usually last long, then he's out like a light! He isn't a lap cat either, which I hope he grows out of eventually. But he does like to curl up next to us on the lounge, he is slowly getting used to letting us give him affection. 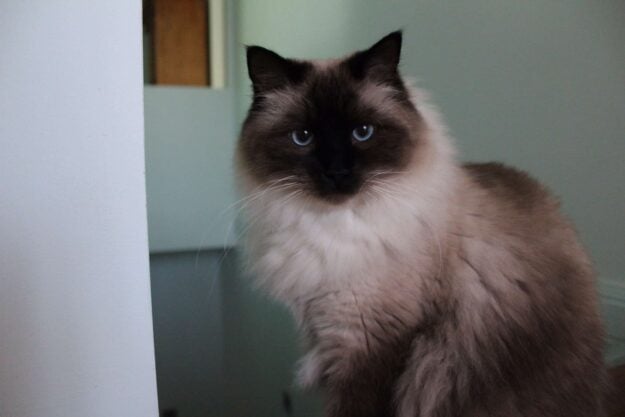 There are a million things that I would definitely recommend to other ragdoll owners, but from my experience (and I'm sure so many owners will understand) that you could buy your cat a $30 toy and they would still play with a piece of rolled up tin-foil. 100% buy your furbaby a soft, fluffy blanket. Apollo has many and he loves them all! One of his favourite toys are those little fluffy mice that are like $2 from the pet store, he LOVES them! Ours are all tailless and are missing ears and eyes! They also love old cardboard boxes, perfect hiding spots and it also gives them something to scratch on! Speaking of scratching posts, Apollo loves his! I would definitely recommend.

Very lengthy story, but nonetheless I hope you enjoyed reading and have fallen in love with my little Apollo!