Several years ago I worked as an Animal Trainer on a Purina Friskies TV Commercial which was called 'the chair steal'. Basically it showed that the cat that ate friskies was smarter and therefore able to steal the comfy chair his human was sitting on. The first cat was not the friskies cat, he was a Ragdoll and the reason why I am now the doting mother of my very own raggie. 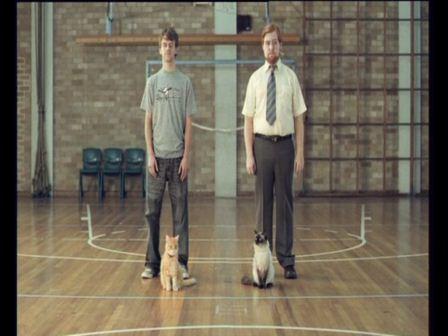 We often used these two ragdolls in film shoots,  Chad and his brother Beau who were both stud cats. They came from a nice home but loved coming to stay and work with us and would give us huge hugs when we collected them from their homes and would hold on tight when we took them back. I would sit in the car after dropping them home in tears, no other animal had the same effect on me.

The first shot was the man sitting on his recliner chair with Chad sitting in front of him, he then needed to walk to the chair, jump on the mans lap and then try steal his chair by neading and pushing. When we placed Chad on his mark he immediately crumpled to the floor in typical ragdoll style and the crew all laughed. Chad was a real clown and so he then proceeded to do whatever he could to get more laughs to the point where we had to ask the crew to refrain from laughing, we had to ask them to look away and not make eye contact with the cat. We eventually had to bring Chads double Beau in to save the shot again warning the crew not to encourage any clown like behavior.  It was a funny sight when I would look back at the crew to see them all looking at the ceiling or having their back to the action - only the cameraman could look at the action through the viewfinder. 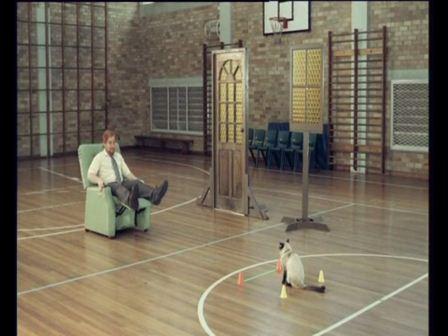 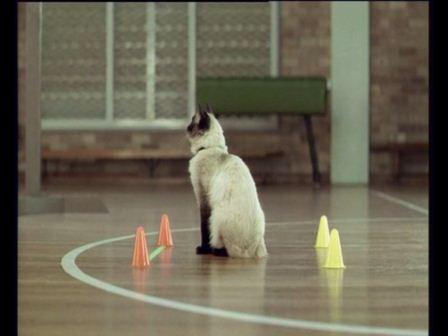 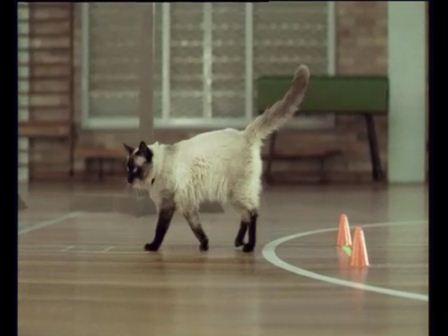 Then the 'hero' cat Topaz , a ginger tabby, does the same shot however he doesn't jump on the mans lap he proceeds to the door stretching up with his front paws and scratching at the door - the man leaves his chair to open the door for the cat at which time the cat runs over to jump on the chair - a successful chair steal !!! Topaz was joined by his double 'Horse' who spent the entire day in his huge crate asleep under a blanket. Topaz was a good film cat who enjoyed his time in front of the camera and we could tell from his behavior when he had had enough at which time we would put him back in his crate for a rest. He would sit at the back of the crate facing the wall until he was ready for the next take. He would show us he was ready by coming to the front of the crate and sit with his paws through the bars while meowing at us. 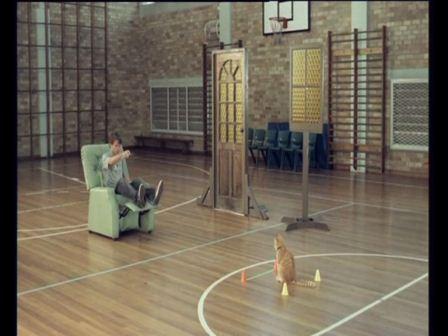 Hero cat about to begin 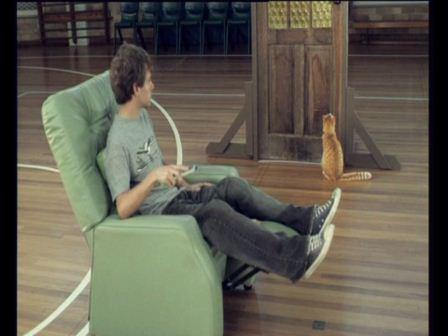 Hero goes to the door 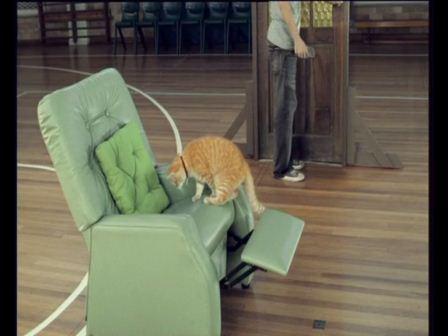 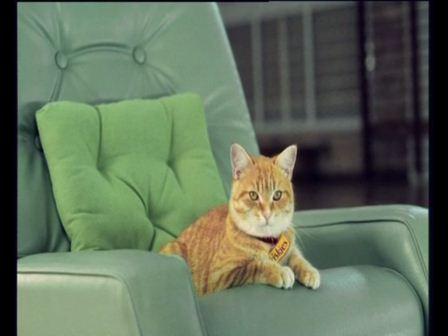 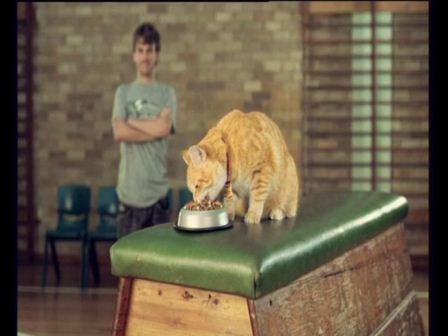 The rest of the shots went well and both Ragdolls enjoyed their cuddles from the crew at the end of the day. 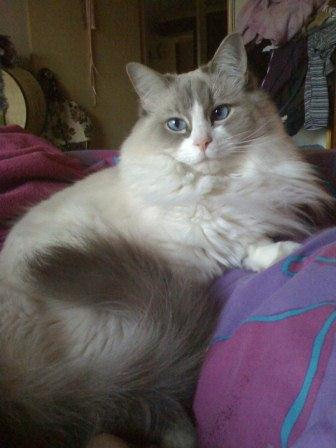 This is my Bayley

I absolutely fell in love with Ragdoll cats while working with Beau and Chad, on their next shoot we also took along Chads six week old daughter for experience - she arrived with a bow in her hair and a good set of lungs 😉 and was the star of the day even though she wasn't there to do anything in front of the cameras.

As soon as I was able I did my research and found the most gorgeous home based Ragdoll Cattery - Guys n Dolls in Queensland. Even though this is well over 1000 km from where I live I so admired Debbie and Steve and fell in love with their family of Ragdolls. Once I made my commitment to adopt a Ragdoll I waited my turn on a long waiting list and almost 12 months later Debbie contacted me to tell me she had the purr fect little boy for me - by this time I had already chosen his name "Bayley", don't ask me why the name it just came to me - these days he answers to many names including BayleyBug, fluff, Bug and Bugalugs. The next few months dragged as I prepared for his arrival in my home and I excitedly collected him once he reached 12 weeks old. I spent the day with Debbie & Steve meeting the furry family and then I left with my little Bayley sitting in his deluxe crate securely strapped into the car for the long drive home. Debbie cried as she farewelled her little grandson who had made quite an impact on her and Steve. I drove for a few minutes and then pulled over to send a message to Debbie - through grateful tears I simply wrote 'thank you'. That night I smuggled Bayley into a hotel, it was obvious he missed his family and couldn't understand why he was taken away from them so he was quite unsettled and didnt seem to want to have anything to do with me ;-( Eventually exhausted I fell asleep on the lounge after ensuring there were no hazards in the room. I awoke a few hours later with this fluffy little creature snuggled into the crook of my arm purring contentedly.

Bayley settled in at home very well enjoying his regular sparing session with his best friend Jake the old Cavalier King Charles Spaniel. He would ride on Jakes back and sit on the bed with him - we lost Jake almost 2 years ago and I know Bayley misses him as much as we do. 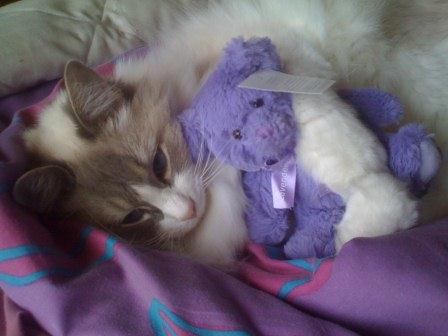 Another photo of Bayley .... But this one is another story 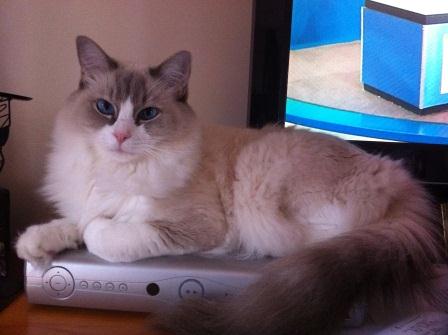