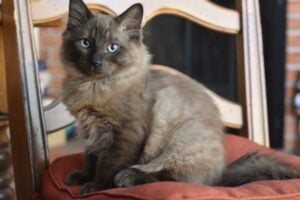 It was 1997 and my neighbor, in the apartment next door, asked me to care for her two cats while she went on a business trip. Those two cats were Ragdolls, specifically, one male and one female. Every day, for 6 days, I went to feed them and scoop the litter box. I would sit there, on the floor, mesmerized by their beauty. Sometimes, the sun would stream in and their eyes just turned to sheer magic…. like blue moons set into the most beautiful skies of fur and adorable kitty cat noses. The male was somewhat shy at first but quickly warmed up to me. The female was very outgoing from the beginning. She would run down the stairs as I walked in and on each step she let out a little squeak which I found to be so incredibly cute. At the end of those 6 days, I told my neighbor that someday I was going to have two Ragdoll cats. Since we had two cats at the time, that ‘someday’ took a while. Fast forward to 2015, and I got my two Ragdoll cats! Happy days! And it’s been more magical than I ever could have dreamed!

I very thoroughly searched for a breeder so that I was sure to get two healthy, well-socialized Ragdolls. I found my dream breeder, Jamila’s Ragdolls in Smithville, Texas. I’ve never seen someone love her cats so much. Each time kittens go to their new homes, the emotion is both of happiness to see good people give loving homes to her kittens, but also of heartbreak since she has fallen in love with each kitten. I am now part of a wonderful Facebook family where all that use Facebook and have a kitten from this breeder post pictures of their kittens growing and, of course, their full grown cats from Jamila’s. It’s so fun! They are like my second family.This is one of my two. His name is Bagheera. He is a seal sepia point Ragdoll.  The name, Bagheera, was the name given by the breeder. The name came from 'Bagheera' the fictional character from Rudyard Kipling's story The Jungle Book. This character is a black panther and was given to this Seal Sepia Ragdoll since he is so dark. He was born on June 29, 2015. Bagheera is very friendly and always entertaining. From day one, he took a very big interest in our very sweet, submissive, 11-year-old dog. Bagheera would sleep with our dog while his littermate would sleep with me. I suppose Bagheera found our dog to be an incredibly warm and cozy body to sleep next to! Since the weather warmed up, Bagheera sleeps close to but not cuddled with our dog. 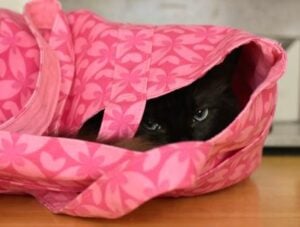 When people come over, Bagheera approaches them and follows them around. He follows my son to the basement and tries to play soccer with him. So now, he is known as just the coolest cat ever, even amongst visitors! We had a plumber come for a repair and Bagheera followed the plumber everywhere and would sit by him and stare at him. The plumber kept stopping to pet him. I am sure I paid for an extra half-hour of cat-petting labor. Bagheera, no matter if he was sleeping or not, will always run to anyone who comes home. It is pretty funny, because you can tell he was sleeping as when you open the door, he is sitting there while yawning and struggling to keep his eyes open. But no matter how sleepy, he never fails to run to the door. He and his littermate play so much. We’ve been enjoying watching their antics since we got them.Thanks for reading my Ragdoll story. We consider ourselves to be so very blessed to have our Ragdolls and so very blessed to be part of the community of Ragdoll lovers out there! 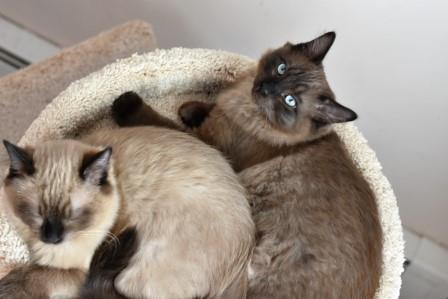 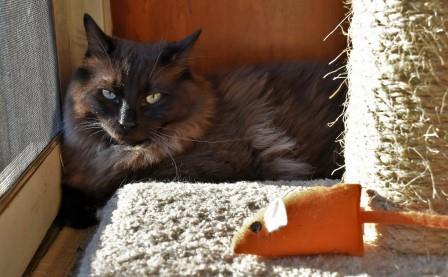 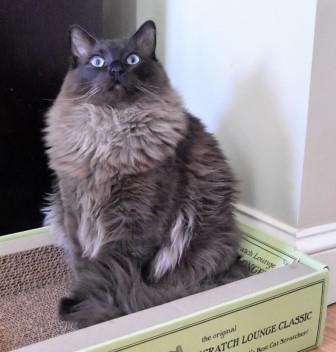