Kiwimagic phantom unmasked aka Shadow is a seal mitted with a blaze he was born 21-10-2012. When I went to the breeder to choose a baby Shadow chose me. The babies were all asking for cuddles but Shadow stood on his hind legs reaching up patting my leg asking to be picked up and I did he crawled straight up under my chin and went to sleep purring. When I put him down to cuddle the other babies he cried and cried to be picked up again. Off course I chose him. I then sent a photo to my niece asking what to name him and she came up with the name Shadow. 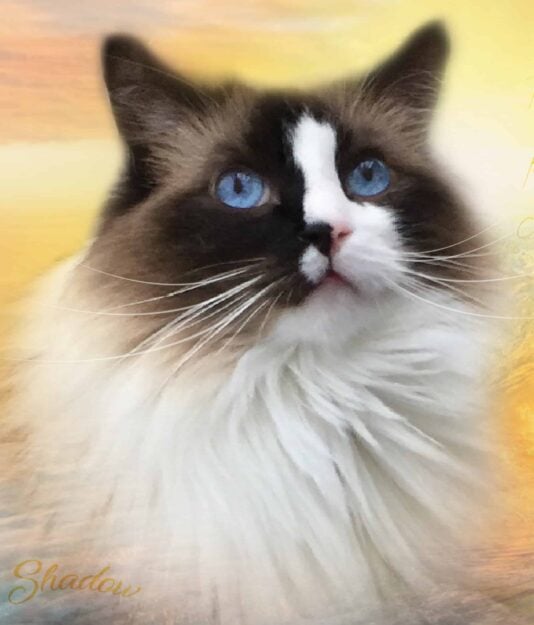 He is the most cuddly cat and loves nothing better than to snuggle on my lap but insists on having his head on my chest.. Shadow is a real special boy he saved my life recently waking me up by head butting me in the face and wouldn’t stop until I got up and tested my Blood sugar which was dangerously low and stayed with me until I got it back up.. He loves going for walks in the cat stroller I just say walk and tap the stroller and he comes running and jumps in. He sits up looking out taking it all in and is the talk of the retirement village we live in. All the staff and residence stop me to say hello.. We also go visiting in the rest home and dementia unit. 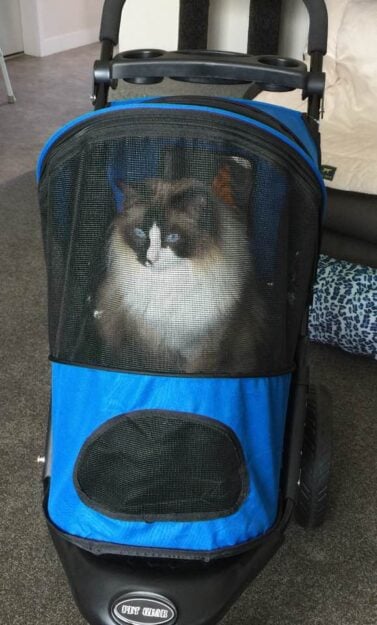 I take him in his stroller to visit my mum in her villa here in the village and he has worked a routine out with her. He jumps out the stroller races her to the bathroom where she has to open the shower door for him to have a roll in the shower then he has to have a roll on the bathroom mat while we are quickly putting his blanket on the bed before he comes running in jumps on the bed and has to have a roll and bounce on the bed. Then he races her into the kitchen where he stands waiting at the pantry for his treats. After that I have to put a cushion on my lap and he climbs on to it for a cuddle and smooch then when mum brings my coffee he jumps down and goes to have a sleep either on her bed or back in the stroller. 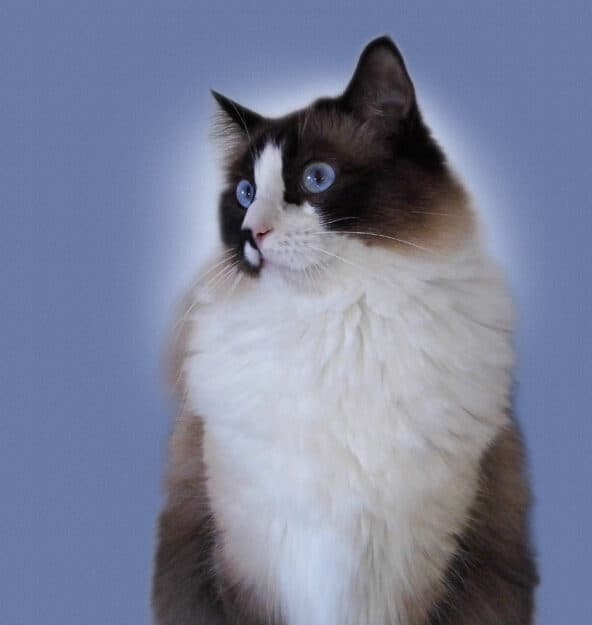 At home he loves sleeping in the stroller in the entrance way. He has plenty of cat towers to sleep on inside or outside in the cat enclosure. At bedtime the routine is to race me to bed I get in then he comes gives me a cuddle then paws at the covers for me to lift them up so he can race down to the end of the bed under the foot cradle I use where I have to endure him licking my feet before washing himself then he finally settles down for the night.