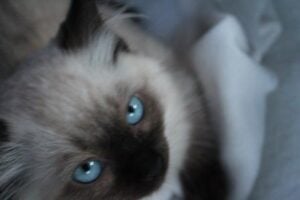 Our kitten Rudi is almost nine months old kitten (this was written on . Me and my boyfriend started look for a kitten in Christmas holiday 2011. We did not have considered a purebred cat. But there weren’t a lot of kittens available in Finland in December. So we expanded our search and Ragdoll as a breed sounded perfect: straight away we fell in love to the breed description and pictures/videos of ragdolls in the internet. 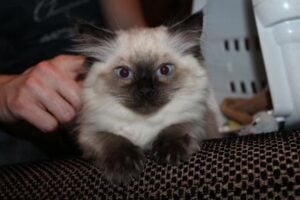 We live in Northern Finland, and we found Rudi from a breeder from Sweden. We drove further to North to see our new cat, which was a male seal colorpoint, just like we wanted. But the waiting time is long! Rudi was born 8th of December 2011, so we had to wait two months, until we got Rudi home. Rudi’s breeder was wonderful, she sent pictures of Rudi every week! 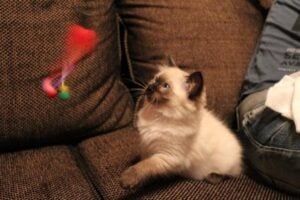 Rudi is a nickname, we named he after Ruudolf, a finnish rap artist! We also liked the name, because Ruudolf reminds a little bit name Rudolph. And reindeers are close to the hearts of the Finnish.

Our kitten LOVES to be outdoors! We take it outside almost every day, but only in a harness and a leash. Rudi knows when he is called, prohibited or praised. These come were handy, when 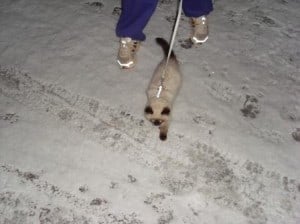 we are outside. He’s like a little dog! Just adorable, he jogs alongside me or my boyfriend.

Most of all, Rudi hates the sound of the vacuum cleaner. Day is almost ruined for Rudi, when vacuum cleaner is turned on. Then he finds a safe place, from climbing tree or under computer desk. Afterwards he can sulk a while. 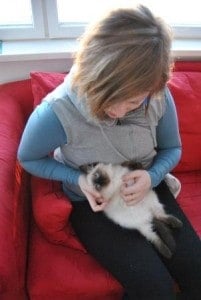 The Rudi’s cutest habit is morning cuddling. As the same moment as the alarm clock goes on and Rudi hears that, he runs to the bed! His favorite spot is next to my pillow. He slumps to the slot between wall and mattress. He knows what to expect every morning. We cherish him big time, 15-20 minutes of stroking and petting belly and under the chin. Purring is guaranteed and huge!

Rudi has his own blog Ruudolf - Ragdoll Blog. Blog is in finnish, but you can find Google Translator from the blog. There is also Youtube videos in his channel.

We have a climbing tree, which reaches to ceiling. I have heard, that ragdolls don’t like to climb very high. But Rudi loves to play with the climbing tree. He almost runs up along the climbing tree, lurks people from the upper level and looks for hidden goodies from climbing tree’s tunnel (we have a habit to leave hidden delights in the tree, so that Rudi gets stimulation for the brain). 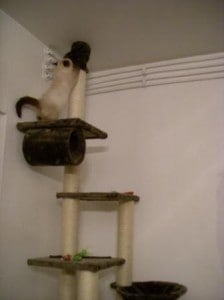 I write my blog with a pen name, so that will use also now.
Please visit my blog where you can see more about Rudi! 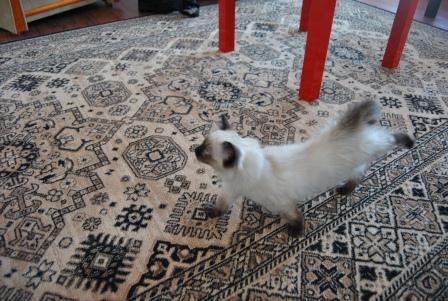 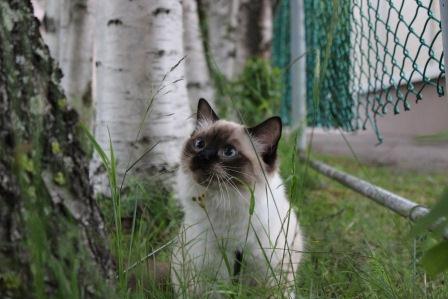