Ragdoll of the Week KIKI!

My little girl Kiki turned one year old on February 22, 2018! Kiki came from Kikisrags Cattery in Batavia, Ohio - Tracey L Thebout, breeder. Kiki and her half-brother Raggs’ dad is Cash. I would very much recommend Tracey, and in fact, we went back to Tracey on purpose just because Raggs (born May 31, 2016) has been such a great cat.

Kiki’s name came naturally…we had Raggs already from Kikisrags Cattery, so why not have a Kiki too? Of course, Kiki has a “few” nicknames: Miss Kiki, Little Bitty, Baby Girl, Little Girl, Sweetie Pie…you know, every cat has more than one name! 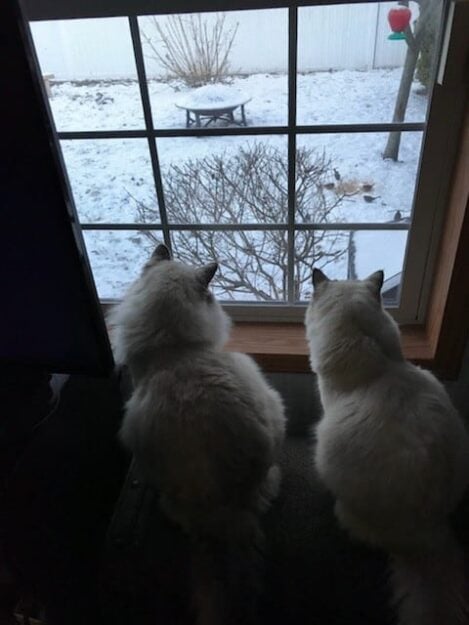 Raggs had been with us since August 2016, and I fell in love with the breed right away. They are such affectionate, funny, agile, strong (and strong-willed) smart cats. Sadly, when I lost my old lady cat Baby in May 2017, Raggs lost his only feline companion, and Baby was 16 and uninterested in what Raggs was selling most of the time anyway. So we had to have another Ragdoll of course! Kiki arrived just a few weeks later. 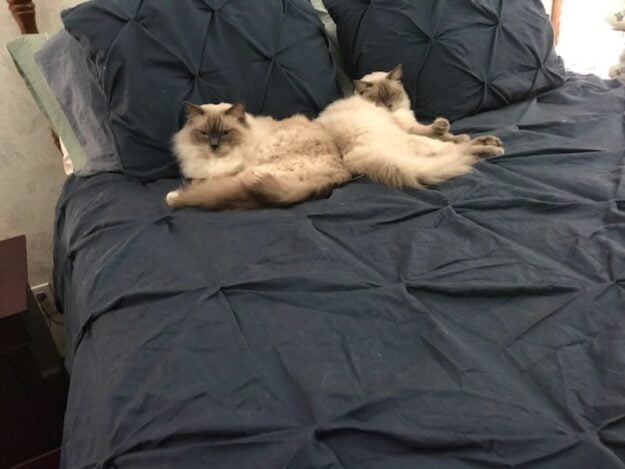 Kiki and Raggs took a couple of days to get comfortable with one another, but now they are constantly together, and Kiki has adapted well to our two Aussies, Jonah and Indy. Here’s a few pictures of the babies enjoying their life in our home. Kiki loves to give Jonah massages and I think Jonah likes it too! 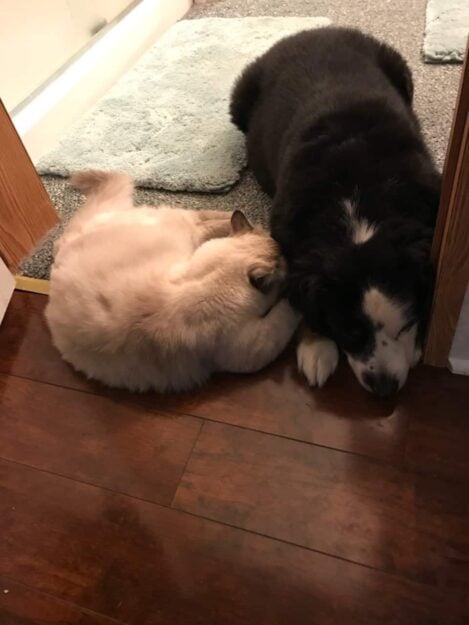 Kiki has a different version of agility from Raggs. Raggs never met a height he wouldn’t try to leap in a single jump. Kiki is less of an acrobat or flyer, but more of a climber. One day I watched her scale Indy’s very large cage so she could perch on top of it. Not exactly sure how she could walk around on top of a cage with hardly any place to put her paws, but she did it well. I can only imagine Indy sitting in the cage during our absences, and Kiki climbing up the side of it so she could look down at him…and go “na na na na na, you’re in the cage and I’m not.” Can’t you picture that? 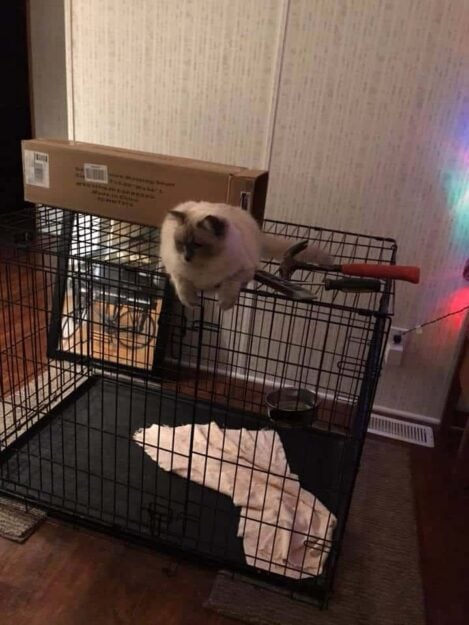 There is nothing like a Ragdoll, I’ve learned. Kiki has the most exquisite claws – she reaches over to remind me she wants a treat from the table, and seems to always snag the sleeves or hem of something I’m trying to put on. And then there’s toilet paper – oh, how she loves it! But how can you get mad at her, with a sweet face like that? 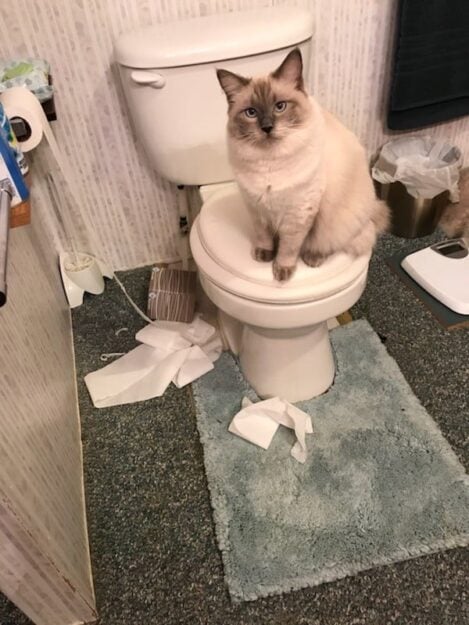 And then there’s the sound of thundering paws, as Kiki and Raggs chase each other through the house! Sometimes they just lie sweetly together on a piece of furniture or in a box, sometimes they are teasing each other and tussling, sometimes they are in separate locations. It’s so nice that they each have a companion now to spend time with when they’re not pestering our year-old Aussie puppy Indy. 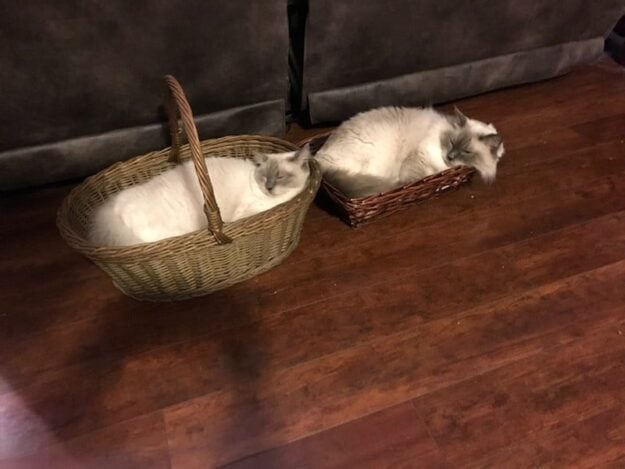 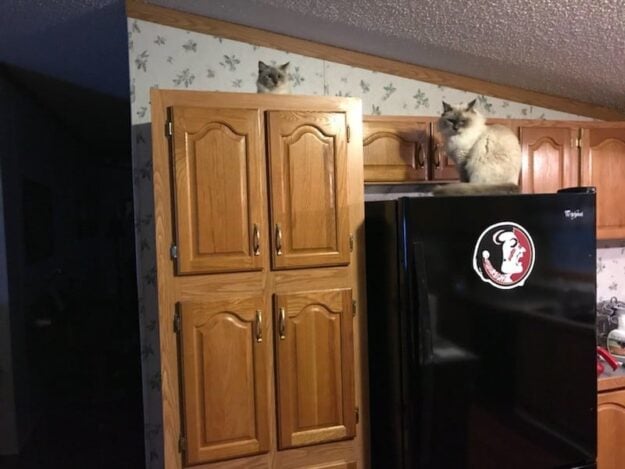 One day Indy was chewing on something, and when we took it away from him, it was the spool of thread from the old Singer sewing machine on display in the hallway. We went to return the spool to its rightful spot, and there were the two cats sitting by the sewing machine looking innocent…no question who “freed” the spool so Indy could chew on it. 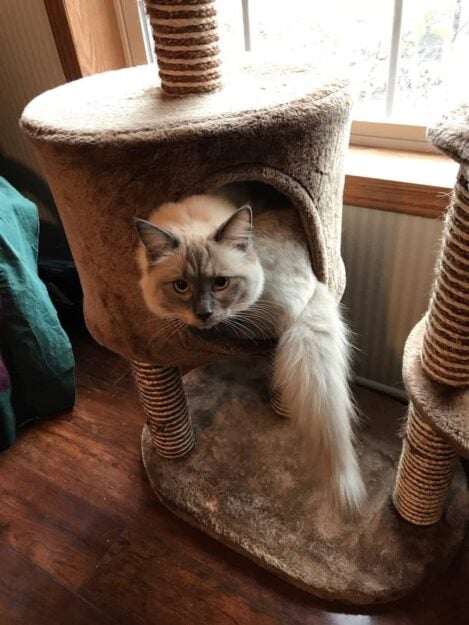 We love you, Miss Kiki!