This post is written by Holly Hott, the owner of Hank and Howie 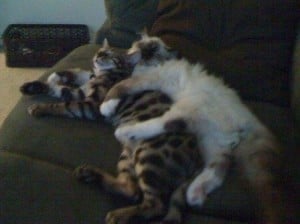 Hank came home August 2010. My birthday was right around the corner, September 2. The person I was dating at the time kept telling me Hankie needed a playmate and that it’d be the perfect birthday present. He was an avid animal lover, and told me I needed a Bengal. I had heard of them before, but never seen one in person. So, a week later we are on our way with Hank to the Bengal breeder’s home…. 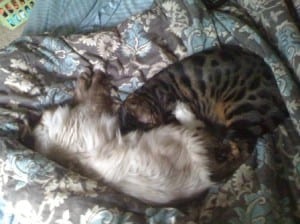 The breeder was nice enough to let us bring Hank and even allow him in the large cages the Bengal kitties were in. Howie, the only brown Bengal, was the only one curious about lil’ Hankie! I knew he was the one. Not only did I want a brown Bengal (vs. silver), he instantly was attached to Hank. The first few days they were a little scared of each other, but soon enough they became best buddies!

Howie, in his Bengal nature, is usually the one that starts playing with Hank. But, just because Hank is a sweet lil’ Ragdoll doesn’t mean he won’t start fights! I love it when Hank gets riled up…it’s so cute. Howie though, usually dominates. When fighting, Hank likes to lay in boxes on his back and let Howie come to him! Howie loves to be the center of attention, whereas Hank usually is a little more shy and comes around when he wants to come around.

Whenever Hank is getting any attention from me, Howie never surprises me and will always come and try to steal the spot light. Howie is very affectionate and loving all the time…Hank, on the other hand, loves you when he wants to. Sometimes I call him a princess because he is just so picky when he wants to be pet, when he wants to lay by you, etc.

The two of them are the perfect pair! Their different personalities and looks give you the best of both worlds. 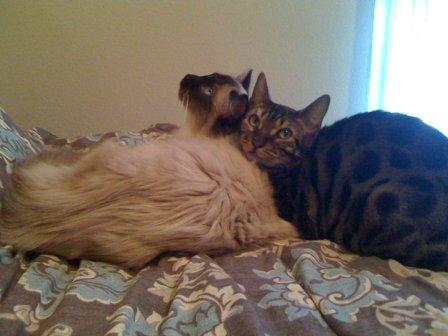 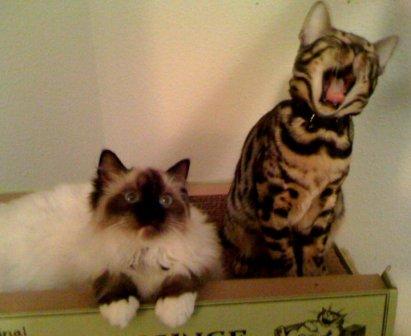 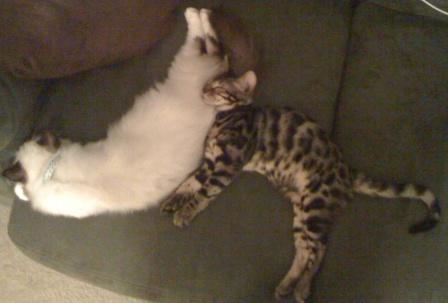 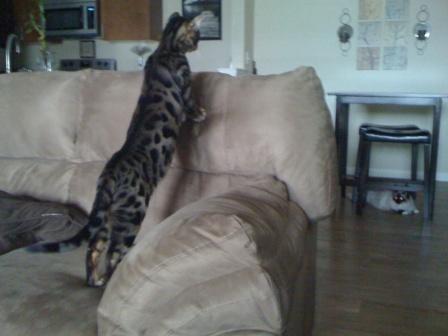 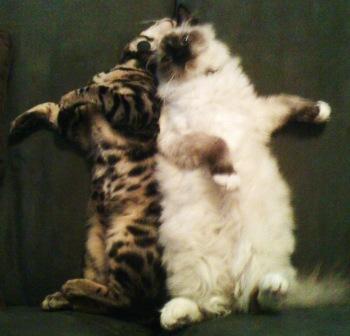