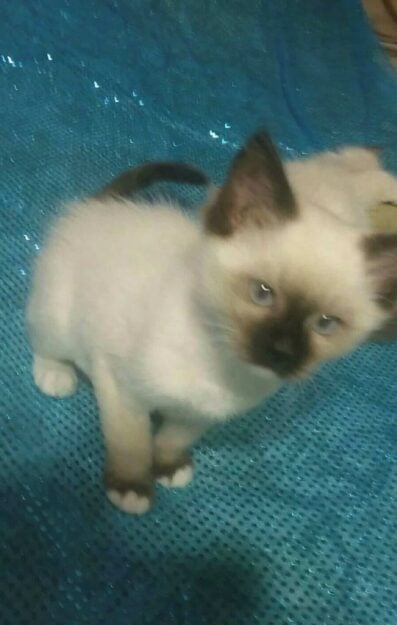 I have a baby kitty all mine, he was my Christmas present from my husband. I finally got him to agree to a cat after much controversy. I had to do all the points of how good a cat breed this was, he wanted me to have a Himalayan.

I had purchased a few books one by Jenny, as I began to do my research on the breed. Max fit a Ragdoll temperament to a tee. He stood in my room for about 6 weeks when I went to work, like I read in the book.

I named him Maximus because he is my greatest love, Feliciano because he brought me much happiness its on his Dr records. 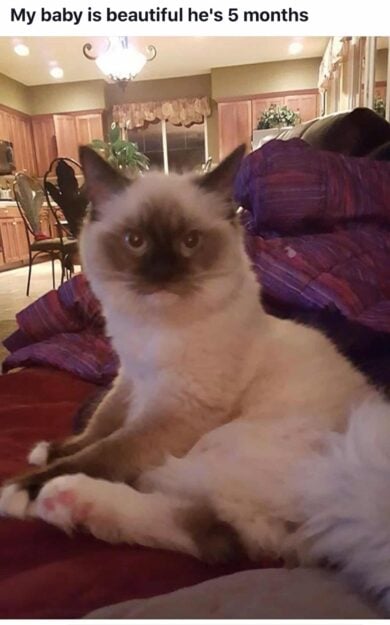 Little did I know he was having visitors; my 27-year-old daughter and granddaughter were bonding with him too. He slept above my head and waited for me till I came home. Followed me around the house and when I called him, he came.

Every night when I went to bed, I called him “come on Max” he’d come fast. My family saw all these qualities and they were fascinated. 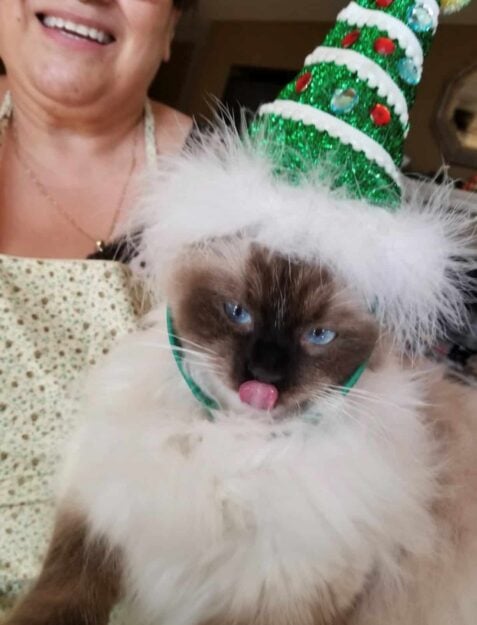 My husband who was anti cat began to fall for him too and because he knew how much love I had for him; he began to allow himself to become attached too.

He travels a lot as he would do his packing Max would jump in his suite case. He felt close to him, and the fur all over didn’t even bother him too much. Plus, when he left it ease his mind that I had someone with me. 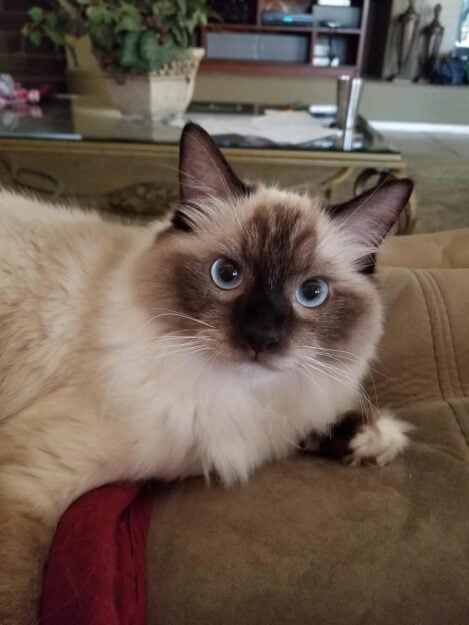 He also knew I wouldn’t be away from home long as I didn't like Max to be alone. I also created a Pinterest call “Maximus the growing Ragdoll” but I lagged after a while, there are pictures of him I need to complete it.

He would wake up with me in the morning watch me bathe. At night before we went to bed we played, he loved his teasers and balls, oh and the treats. I would shake the bag and he would come so fast. I bought a stroller and we went for walks.

I tried to leash train him but it didn’t work he was still so young. He really was part of the family and everybody loved him. I made celebrations for his birthdays dressed him on Halloween. I purchased a bracelet with his image. I took him for rides in the car with me, he really was the object of my affection. 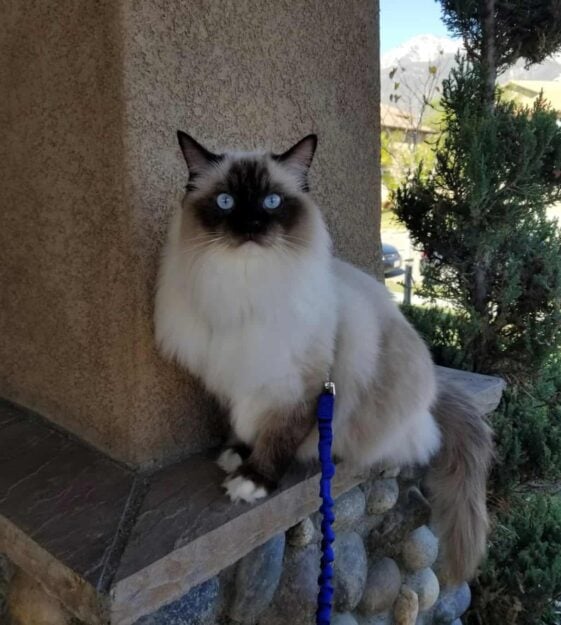 Perhaps I loved him so much, I wanted the best for him in everything from food to toys. He was vaccinated and on his second year I took him for an annual checkup. He got his second rabies shot which I learned it’s not good after the fact.

Then the vet said he needed a dental cleaning and my worst nightmare came when I took him for that dental, he died. She said the anesthesia was given and immediately he died. 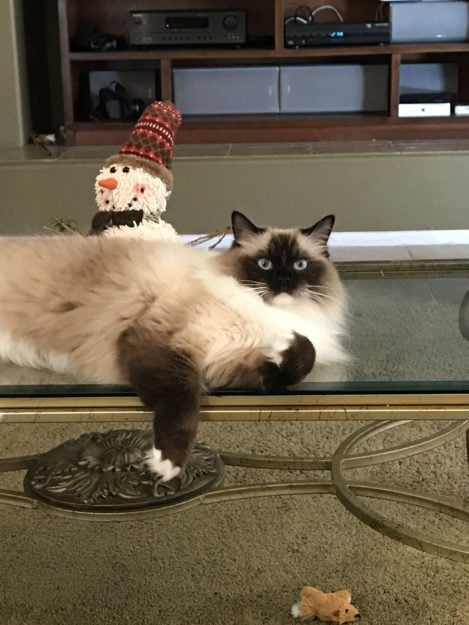 Omg, I was devastated. My baby my everything. Heart breaking crying for weeks I couldn’t believe it then I wanted to kill that vet. I went thru hell. I had to do some major soul searching and prayed and prayed.

I saw a therapist; I learned a lot about myself and my fears and death. 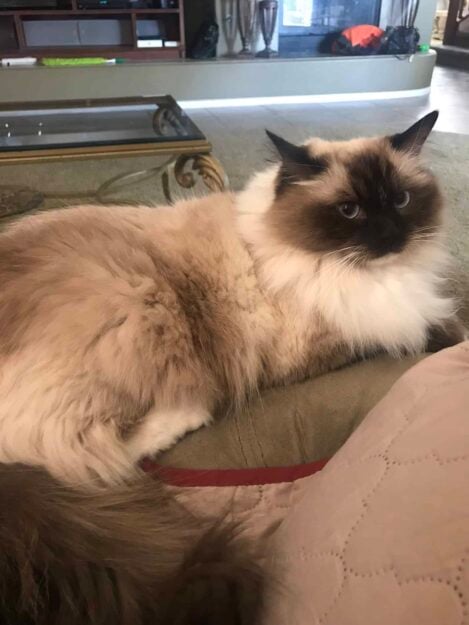 During the time of his demise, I immediately called a breeder and bought Samuel who was born the day Max died, of course I had to wait until he was old enough. This allowed me my grief time. I grieved until the day I picked up Samuel. 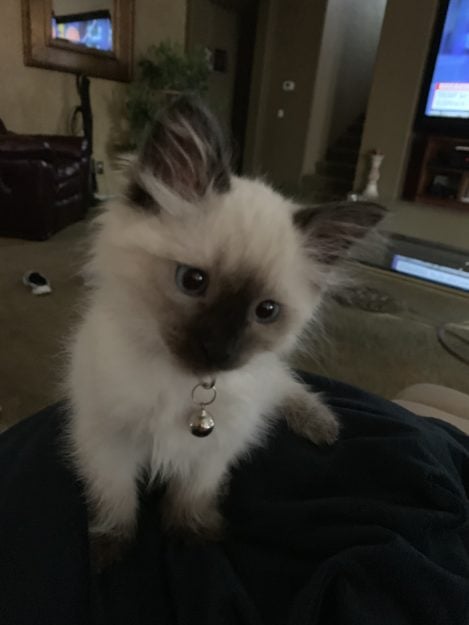 I learned of the fear I have been living with and if not for Max I would never know or understand this about myself. I have been afraid most of my life and my fear for his dental hygiene probably was more intense then what he actually needed at the time.

I have learned and made good of his death and I thank God for bringing Max to me and now Samuel. It’s almost one year, 3/29 he was 2 1/2 years and we loved each other. RIP my love. 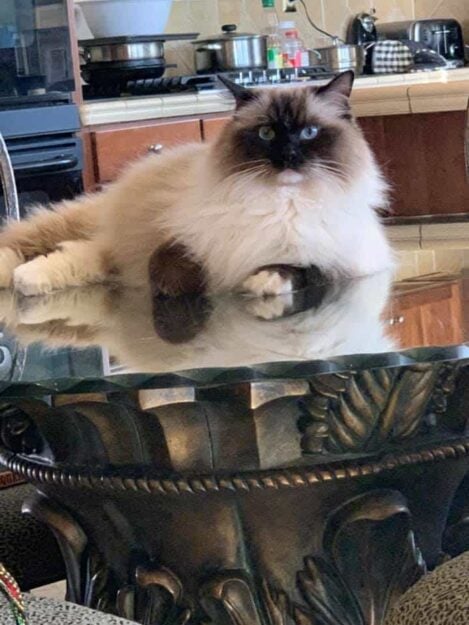