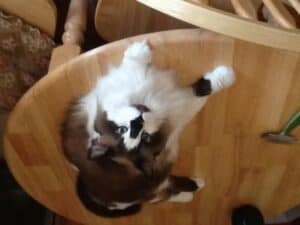 This is Felix; I called him my pretty kitty. He was the king of the house and he knew it, if there was a spot he wanted and my other cat or one of the dogs were there, he would just move right in a push them out of it. His favorite spot to sit and sleep was any box he could find that was too small for him; he wouldn't even look twice at the bigger box.

I got Felix in April of 2008 he was full grown and already named Felix, he was given to me by my grandmother in law. A lady at her church was moving and wasn't allowed animals, and asked my grandmother if she would like him (my grandmother loved animals) she said yes and took Felix home. The next day she brought Felix to me and said he wouldn't get along with her other cat and asked me if I wanted him, I fell in love instantly he was so pretty and fluffy and he was very sweet and laid back.

At the time all I had was one dog and Felix and he got along from the start. Felix slept with me and followed me around the house everywhere, he had been fixed and declawed before I got him so he was strictly an inside cat, on top of that I was afraid if he ever got out someone would catnap him. In February of 2011 my boyfriend and I of 5 years had called it quits, I moved 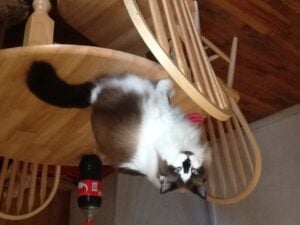 out of the house and got my own place and begged him to give me Felix and my dog he had got me when we first got together, he was going to sell Felix and I begged and begged him for Felix and finally he let me have him. Felix helped me through my depressed and lonely moments during that break up. Felix had a very gentle and loving personality, literally everybody who ever seen Felix loved him, they thought he was the most gentle and gorgeous they all have seen. I am now married and my step daughter’s grandpa doesn't like cats but he loved Felix and had to pet and hold Felix every time he was at my house, he said if he ever wanted or got a cat it had to be a cat like Felix. Felix had that impact on people.

I lost Felix last year to an accident, he somehow got out of my house while I was gone and was hit by a car, I found him by my curb when I got home and he was already gone, I cried my eyes out for days, I still hurt today and long for him back, my husband did everything he could to console me but it didn't help much, we had a beautiful burial for him. He was the best companion, and I miss him so so much and he can never be replaced, but when I'm ready I will get me another Ragdoll.  I don't have many pictures of him because my ex-boyfriend kept our camera and photos we had, and I have lost the phone that I had with pictures of Felix on them, these photos are the only ones I still have of him and I cherish them, I look at them and cry. 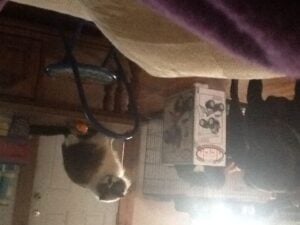