“Does your wife know anyone who would like two Ragdoll cats?” 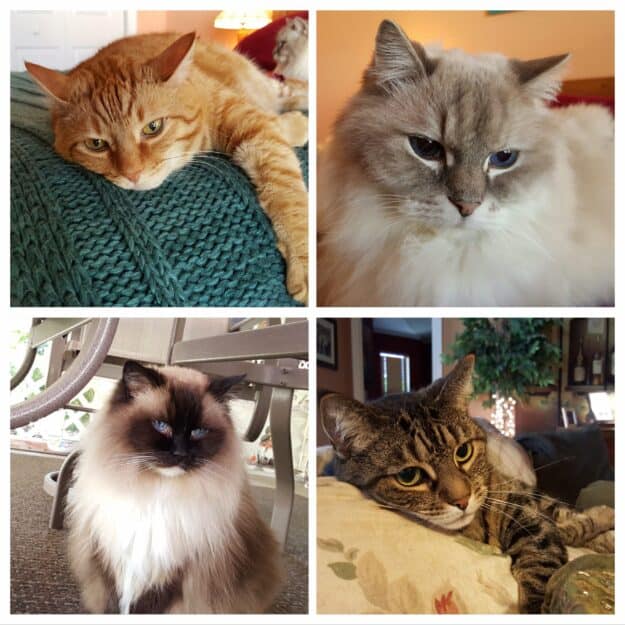 A question set to my husband that would change our family and hearts forever. In 2016 we were owned by a 14-year-old ginger tabby (Tiger) and 10-year-old grey tabby (Savannah) and we knew little about the Ragdoll breed or how to integrate grown cats into our household. After much prayer and a crash course from Floppycats.com, on January 10, 2016, we rescued two Ragdoll cats whose owners were moving from Florida to New Jersey and leaving them behind. We were told their names were Bobbie (Seal Point Mitted Female) and DiMaggio (Blue Lynx Mitted Male); both 8 years old, siblings and in perfect health – how blessed we felt to enlarge our family with these “youngsters”!

They were delivered to us in a large crate with two of everything – auto feeders, auto water dispensers, beds, litter boxes, grooming tools and a large container of cat food. We immediately fell head over heels in love with their gentle nature, shy demeanor, unqualified beauty and enormous size (both around 20 lbs. when they arrived). 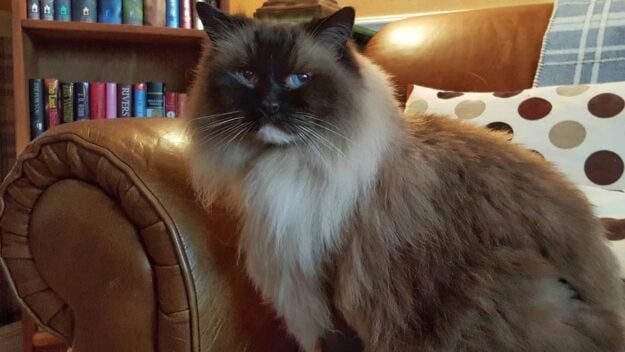 Sadly however, nothing we were told, except their names, was true. After requesting their medical records to take to our vet, the original owner admitted Bobbie was 13 and DiMaggio 15 and the records were in unpacked boxes he wasn’t getting to any time soon (and never did). I wept and wept, not because we were lied to but because our time would end up being so short. We suspect that they had been left in an empty home as the owners moved stuff up north as they were severely matted and uncared for. 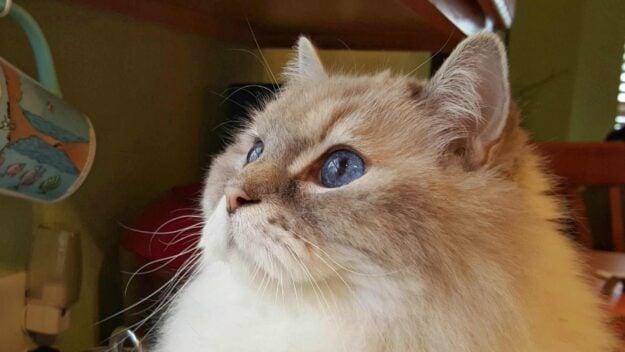 Our vet determined DiMaggio was profoundly deaf, had cataracts and heartbreakingly was in the initial stages of kidney failure. Within the first month he also had a minor stroke that left him with a drunken sailor gait. Bobbie was in better health with only cataracts and she and I bonded as each night I would take a small section of her coat and painstakingly work out the knots and mats – she would gaze at me and purr as if to say, “I know you are trying to help me” and then when she had enough for the evening she would gently place her huge, floofy paw on my hand and push it away. By the time we found an in-home groomer they were both ready for a Brazilian, bath, blow and brush and were stunning. 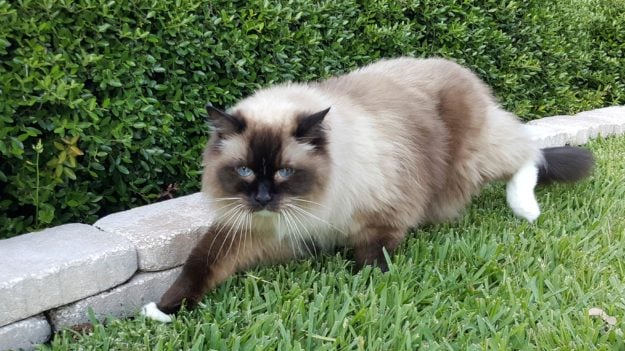 Our ginger boy Tiger fell madly in love with Bobbie and would follow her everywhere…gazing at her with eyes of wonder…she was very patient with him but her heart always belonged to DiMaggio. A truly bonded pair, DiMaggio loved to groom Bobbie and she loved for him to do so. She rarely gave back but would curl around him and protect him. 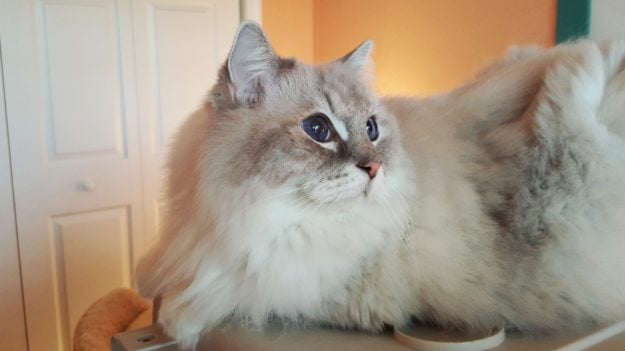 We never understood why he did so but from the first day onward, DiMaggio would do what we called “laps” around the inside of the house morning and night. It was endlessly amusing to watch him set out and keep a steady pace, if you got in his way he would veer around you and keep on moving. His pantaloons were full and with his odd gait he looked like he was sashaying through the house. In the beginning, our grey tabby Savannah would hiss at him from a high perch as he passed by but since he couldn’t hear her and never gave her a reaction she eventually gave in and became very gentle with him. We felt that they all understood his fragility and each in their own way looked out for him. After a year, DiMaggio’s Chronic Kidney Disease (CKD) was in Stage 4 and each day became both a blessing and a miracle. We would take turns napping with him and keeping him warm and loved. He adored snuggle time and would dive under a blanket to get close and spoon and would sleep that deep sleep deaf animals obtain. We were given one more year with him…a total of 2 years and 25 days. 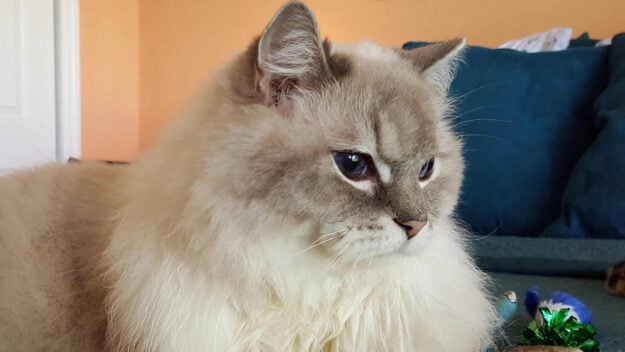 We thought our hearts and Bobbie’s would break when he passed and it almost killed us when our beloved Tiger passed just 6 weeks later. He had suffered for years with diabetes, hyperthyroidism and in the end cancer, but until the day he passed, was a happy-go-lucky, never met a stranger companion. Our story wouldn’t be complete with a sad ending and once we learned how truly wonderful it is to be owned by a Ragdoll, it was a given that one day we would pursue getting a Ragdoll kitten…..or two…..a blessing for another day and another story…..or if you want a sneak peak, join us at: