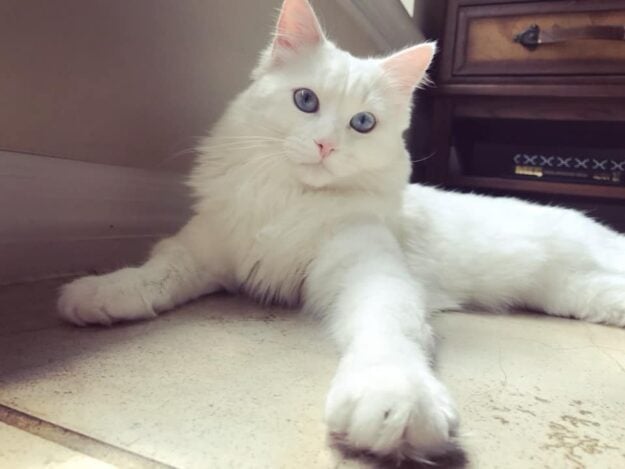 This little cutie is Yeti. Yeti is a blue-eyed, white purebred Ragdoll. He is two and a half years old. 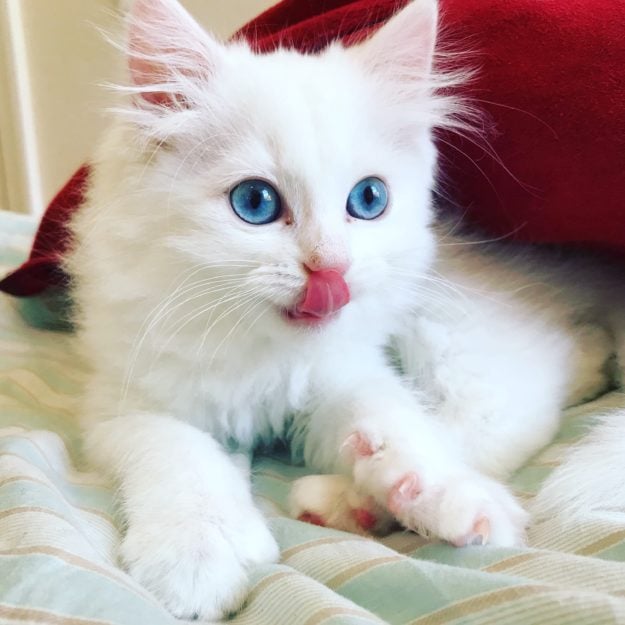 My husband and I adopted him from a Breeder in Orlando, FL when he was only 8 weeks old.

Before Yeti, we had a 20-pound Maine Coon named Coconut. Coconut was the center of our world and was literally like a child to us. Coconut died unexpectedly of a rare condition called Chylothorax at 8 years old. We were heartbroken! Coconut was an extremely affectionate, lovable, lap cat. 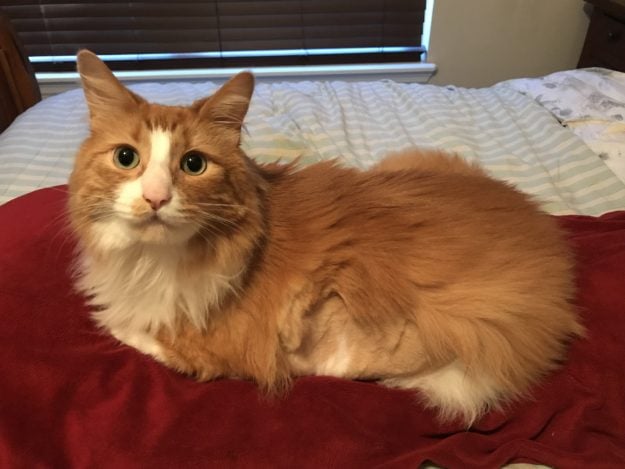 After he passed away, I knew I needed a new kitten to help heal my broken heart. I started to research all types of cats and knew I needed another sweet and social lap cat, so I decided on a Ragdoll. 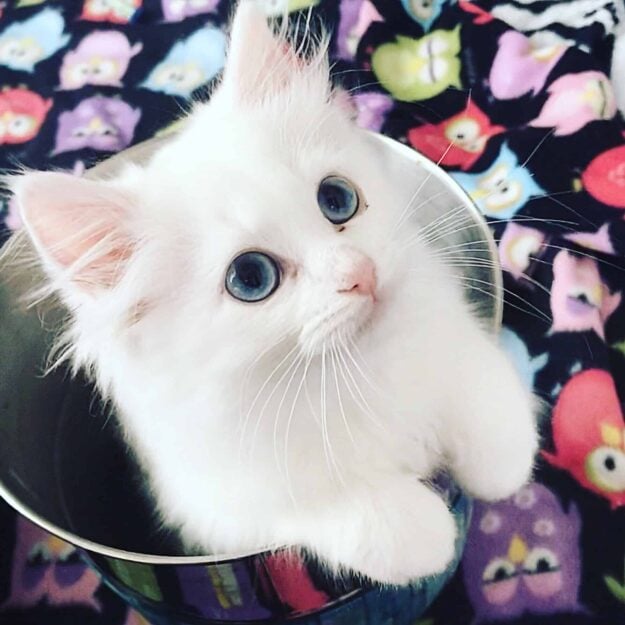 When I saw Yeti’s picture from the breeder, I knew he was the one. As soon as my husband saw him, he knew his name should be Yeti. My pure white, fuzzy monster with beautiful blue eyes - Yeti was the perfect name! After we had already agreed to adopt him, we found out that he was born on the same exact day that Coconut passed away, 12/31/2017. It was truly meant to be! This was my angel kitten! 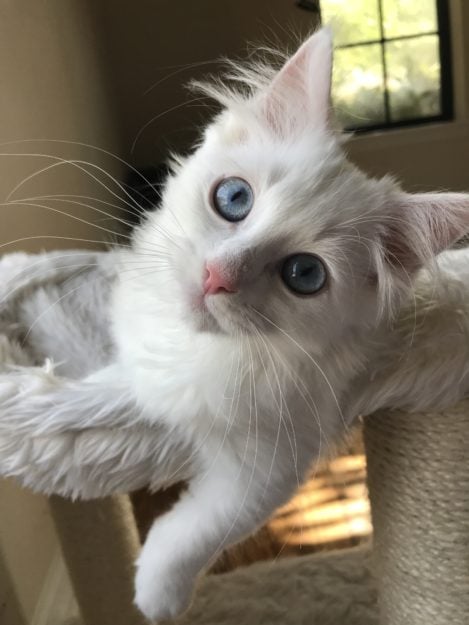 As a kitten, Yeti was the most energetic, hyper boy I had ever seen. He wanted to play all the time! As Yeti has gotten older, he has not lost one ounce of that energy. He wants to play constantly and loves to play chase (like a dog). 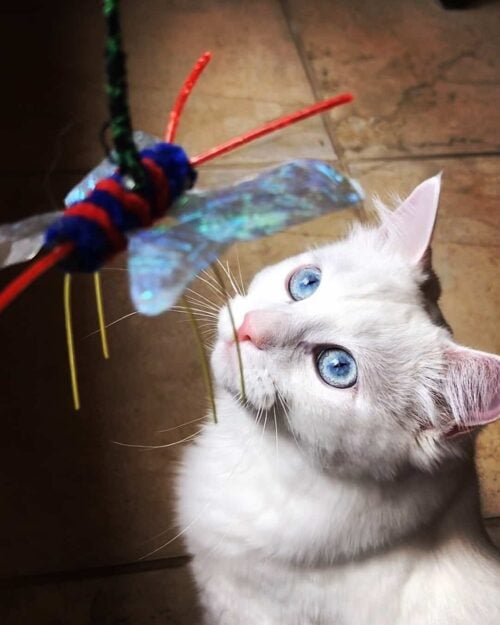 Although he is not a lap cat, he is the most social, loving, and well-natured cat I have ever owned. He loves everybody he comes in contact with. He absolutely loves to talk and meows constantly, specifically if you are giving someone or something attention, other than him. He follows us around wherever we go and refuses to be without us even for a second.

Yeti’s favorite toy is his Neko Flies Wand with the butterfly attachment. Thanks to Floppycats for the recommendation. We have spent several hours over the last couple of years playing with this wand!

When Yeti was 1, we knew he needed a play mate. Unlike our Maine Coon, Yeti needed a sibling. We adopted his now brother, Dewey, from Wags and Whiskers in Saint Augustine, FL. Even though Dewey is not nearly as energetic or playful as Yeti, they are best friends and are inseparable. It was love at first sight between the two, and I am thankful every day for them both! 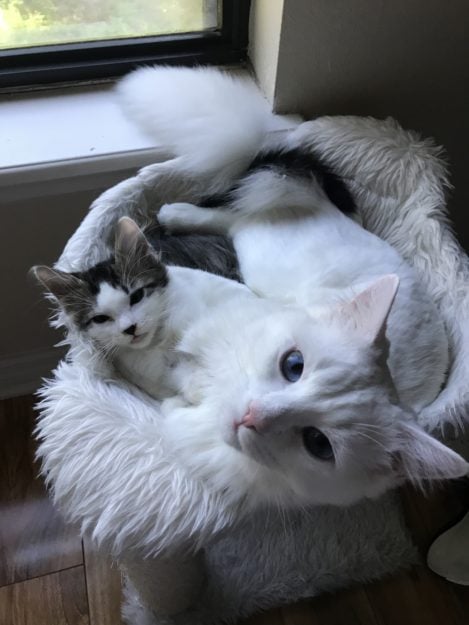 When Yeti was a kitten, he spent a lot of time at the vet for a “cough” that we could not figure out. After many tests and x-rays, we never did get a definitive answer. As Yeti has gotten older, he still has the cough on occasion, but it has gotten much better. I absolutely love when he is energetic and playful, because it tells me that he is feeling good! I pray every day that he stays healthy and stays with us for an exceptionally long time! 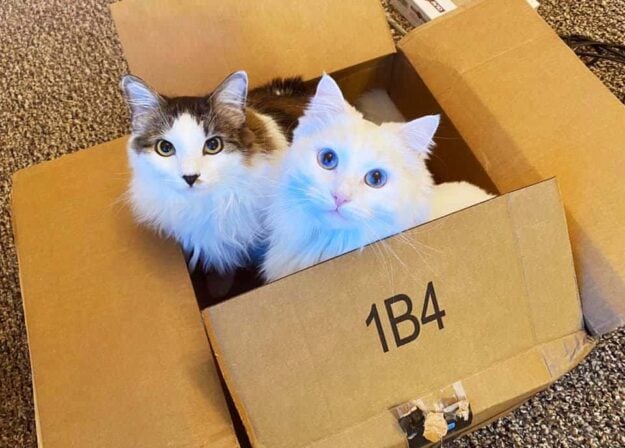 Feel free to check out all of Yeti’s adventures on his Instagram at yeti_the_abominable_kitty. 😊