Please note that regardless of the color, all Ragdolls share the breed's characteristics in terms of fur texture, size, and temperament.

At birth, all Ragdoll cats are of the same color. While all Ragdoll kittens are born white, the coloration and fur pattern becomes visible soon after. Here are all the possible colors in this breed, as per the standards of The International Cat Association (TICA): 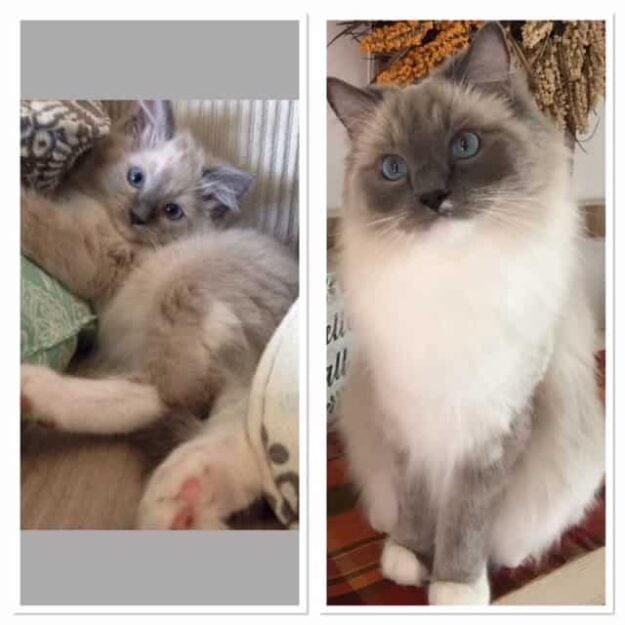 Blue
The term used by cat breeders is blue, but the color seen in this type of Ragdoll cat is gray or sometimes in certain light, a taupe-like color. This may vary from a light gray all the way to a Russian Blue-like dark gray with a full shine. Blue Ragdolls may come in various patterns, such as Blue Colorpoint, Blue Tortie, Blue Lynx Colorpoint, Blue Lynx Bicolor, or Blue Lynx Mitted. 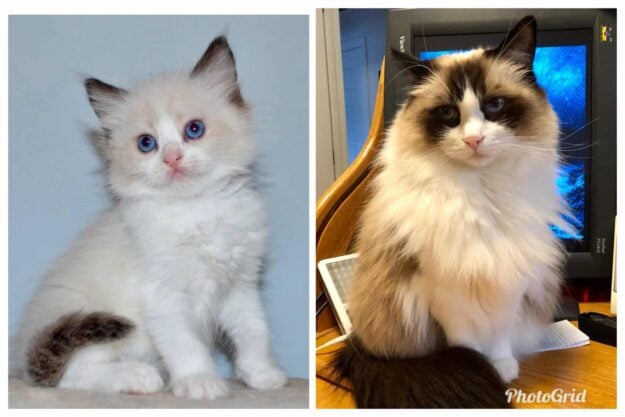 Tessa is a seal bicolor loved by Cynthia

Seal
Seal Ragdolls display a typical combination of creamy white or another light color and dark brown fur. The presence of the dark brown fur is mandatory for it to be considered a seal. As for the other coloration options, seal Ragdolls also comes in numerous patterns, such as Colorpoint, Colorpoint Mitted, Mitted, Bicolor, Lynx, and Tortie/ Torbie. 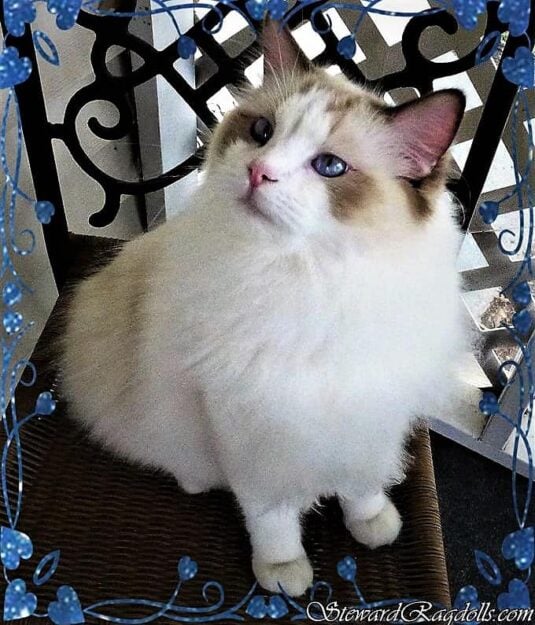 Furrero Koko, a Chocolate Bicolor, from House of Steward Ragdolls

Lilac
This is a very particular type of Ragdoll cat, as it is gray and cream in color. They are similar to both blue and Cream Ragdolls, but the distinguishing factor is light shades of both colors in their fur. Lilac Ragdolls are extremely beautiful, as the contrast between their blue eyes and light-colored fur is absolutely astonishing. 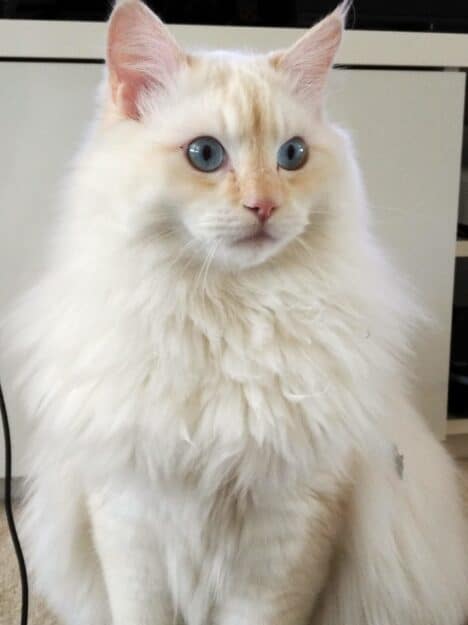 Cream
This type of Ragdoll cat has ivory and cream fur. The trademark characteristic is precisely the contrast between the ivory-like shades of white and the very light, but warm tones of brown (cream) in their fur. Like for the other color varieties, cream Ragdolls come in several patterns. 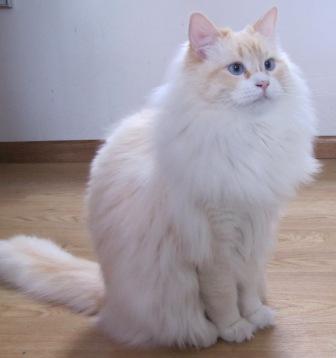 Flame
Flame Ragdoll cats present a combination of creamy white fur on their bodies and red/orange fur on their extremities. The CFA (Cat's Fancier's Association) has introduced the term "flame" to relay the very warm tones of red and orange present in this variety of Ragdoll cat. Flame Ragdolls come in various patterns, from Colorpoint to Lynx and Tortie. 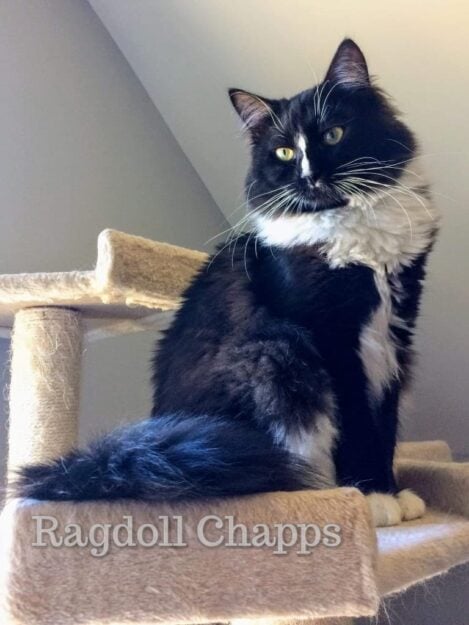 *Black
While this color variety has yet to be officially accepted by TICA, Ragdoll cats do come in black as well. At the moment, black Ragdolls may only be shown as domestic pets in any type of official competition, as they are considered to be controversial. However, they can be used as breeders.

As you can see, the color variety in Ragdoll cats is quite impressive. Whether you prefer the typical seal point Ragdoll or want a more exotic variation of this breed, such as a flame point or a lilac Ragdoll, there are plenty of options to choose from when it comes to these amazing cats.