Hi, my name is Kirsty, I have a Ragdoll Kitty called Muffin who is 5 half years old.
I was never really a cat person but fell across the Ragdoll Breed while looking for an indoor Kitty and soon fell in love with them. I got Muffin when he was about 5 months old from two girls who didn’t have the time to look after him due to their work commitments, so Muffin is definitely a ladies man …

My Ragdoll cat Muffin is great company and as I live on my own we soon became the best of friends. We became a great little team while Muffin has his own little routine in the morning while I had mine, while I was getting ready for work..

He loves being played with and his favourite toy is a laser light which he loves to follow around the house. 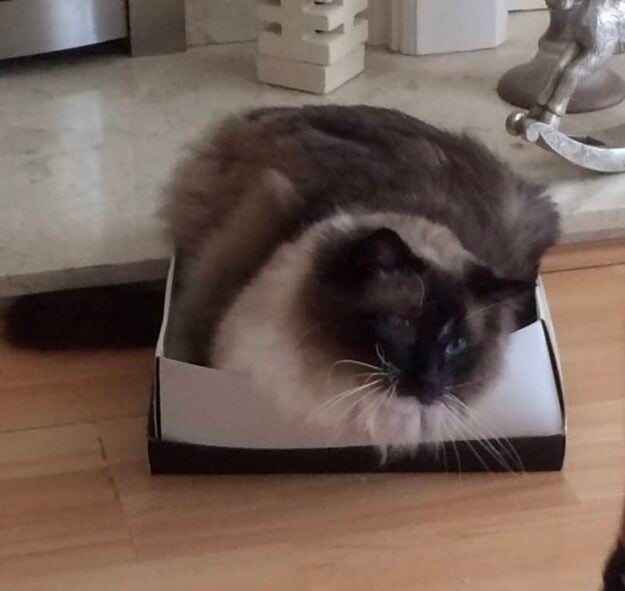 I made the back garden safe so he could enjoy the garden while I was out there too & he often just sits on the back door step just looking outside watching the world go by bless him. He is a lovable, soft & loves attention and loves being stroked and made a fuss of.

Another past time Muffin seems to enjoy is a run around the house at around 9.30pm-10.30pm most nights, I call this “Muffins mad half hour “… were he will jump from sofa to sofa and run up down the stairs and just be his silly Playful self around the house..

He loves a cuddle and loves to be held and will never be far from my side as he follows me everywhere as he likes to be in company, he will even come to my Mum’s house with me on Birthdays and Christmas as the whole family love him too. He will sometimes look at me with his big blue eyes while I’m on the settee n will jump up and sit on my knee for a cuddle this is normally at night time or first thing in the morning, he loves his chin being tickled & often puts is head up which means he wants a tickle under the chin … Two soon became three when he met my now live in boyfriend who also just fell in love with Muffin and his lovable playful personality, My boyfriend is a big softy and takes him in his car if he is going out so Muffin isn’t on his own, and they equally love each other he he..

My boyfriend soon figured out that Muffin like to steal my hair clips and cotton buds, which Muffin enjoys to play with, so he quickly made him a toy with some fishing wire a cotton Bud and a hair clip, Muffin doesn’t like what I would call normal cat toys and likes anything from, paper bags, boxes, dens under the table and of course his cotton bud, and hair clips. 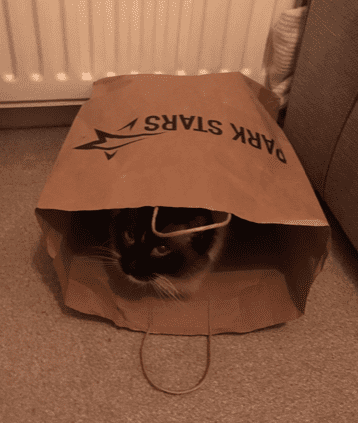 I would definitely recommend a Rag Doll cat as he is great company with a really good nature personality.

I hope you enjoyed my store and pictures of Muffin.

3 thoughts on “Muffin – Ragdoll of the Week”