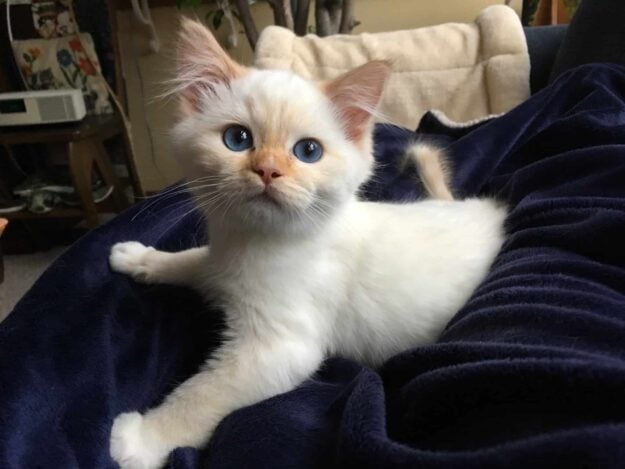 Uncle Everett was an impulse buy. I had 3 cats already: 2 rescues and 1 Ragdoll, 2 females and 1 male. I thought getting a male Ragdoll would even the score around here: 2 males and 2 females, 2 Ragdolls and 2 rescues. What is one more cat when you already have 3! 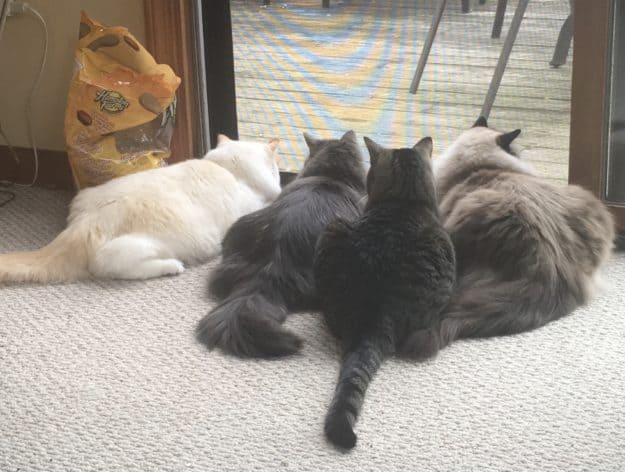 I contacted the same breeder from where I got my first Ragdoll and asked if she had any available. At that time my cats were young, 1 and 2 years old. I wanted another kitten while these cats were still young and receptive to another newcomer. She told me she had a flamepoint available and I said, yes please!

It wasn’t until I sent Jenny a photo of a flame point Ragdoll, that I learned he is a flame point mitted with a blaze. Perhaps his mitts/blaze will become a bit more pronounced since he is just turning 2 years old now. 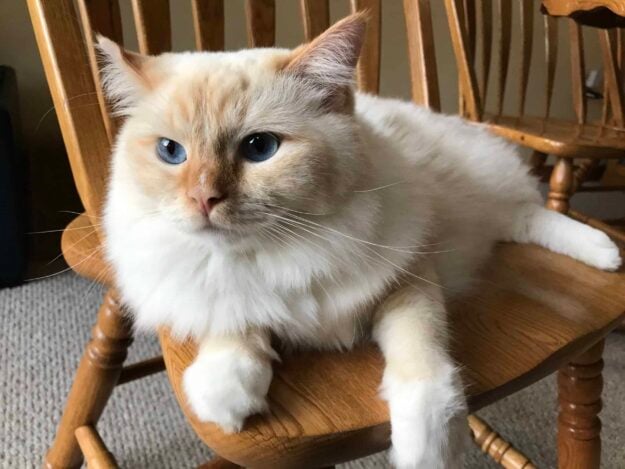 His fur is so soft, like a rabbit. He is much silkier than my other Ragdoll, although his fur is a bit shorter than hers is. Many people mistakenly think he is a female. My son calls him Fluffy, and he now responds to that name as well! 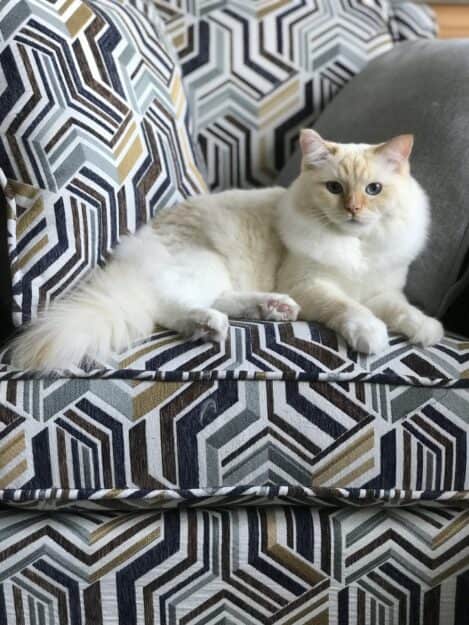 He truly acts like a puppy cat. He follows everyone around the house and flops at your feet. We have become conditioned to look down before moving our feet to make sure he’s not being stepped on! 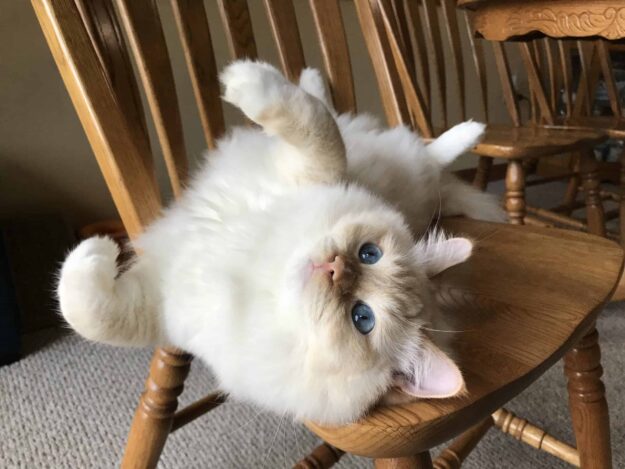 Uncle Everett does not like to be on the opposite side of a closed door. If that should happen to occur, little paws can be seen coming through the underside of the door. His preferred strategy to prevent doors from closing, is to lie down exactly in the spot to where you can’t shut the door. I have learned to gently slide him on the floor with my foot in order to be able to shut a door, even the refrigerator door! 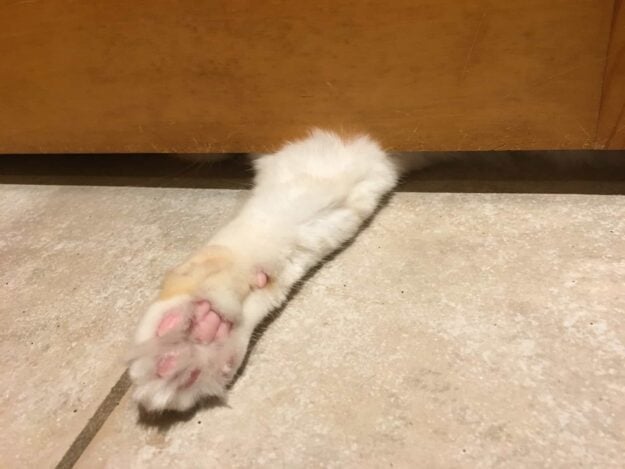 Everett’s favorite “play toys” are by far his older kitty siblings. If one of them is playing with a toy, he wants to take it away from them. If they are lying around, he will go up to them and flop beside them. Sometimes they groom each other, and sometimes there’s a scuffle (especially with the boys) and one eventually runs away. The one that runs away from the wrestling match is usually not Everett! You could say he is an instigator! 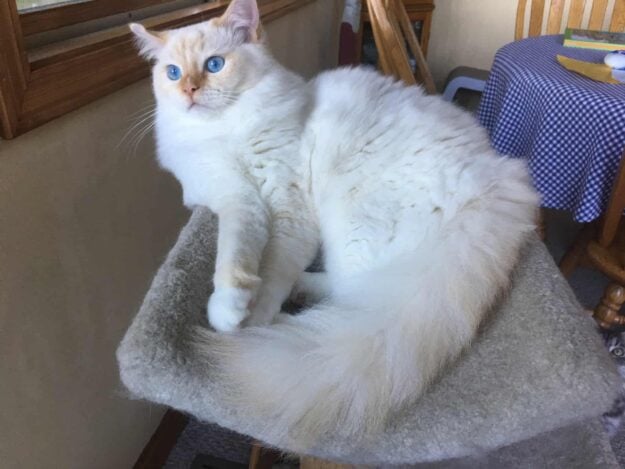 He loves to climb up on furniture and help himself to anything that happens to be lying around. It’s like having a toddler around. I frequently investigate what he’s got in his mouth and take it away as it is inappropriate. 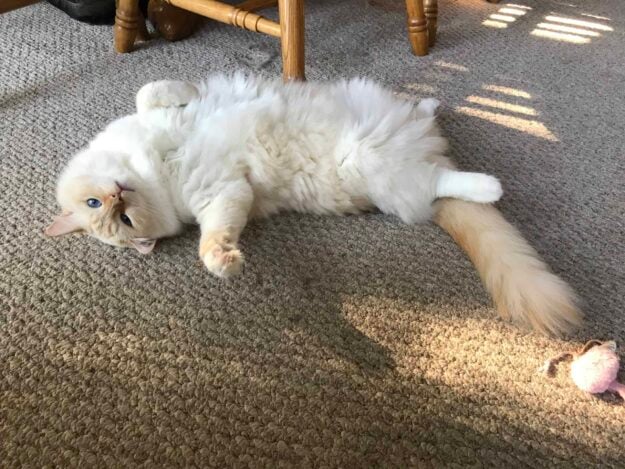 He’s awfully cute, and his personality just makes him cuter.