Stormy - Ragdoll of the Week 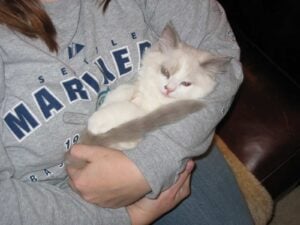 Stormy the day I met him

In September of 2006, my 18 ½ year old calico girl passed away and I was absolutely devastated. I swore after living through the pain of losing her, I’d never have another cat. But just a few months later, my house was too empty and quiet and I started thinking I might have room in my heart for another kitty or two. My nephew, who was 6 at the time, had always tried to pet my calico when he visited but she had the typical “tortie-tude” and was always hissing and batting at him. He loved kitties and was so sad because he couldn’t pet her. When I told him I was thinking about getting another kitty, he said “Auntie, I’m so sorry your kitty died, but when you get new kitties, could you make sure they’re nice kitties?” 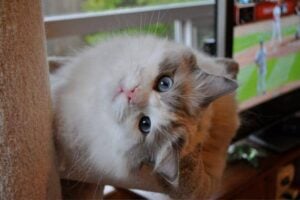 I took his words to heart and started researching cat breeds. That’s when I found Ragdolls and the more I read about them and their laid-back floppy personalities, the more I wanted to meet one. I found a breeder in Olympia, Washington (Longfellow Ragdolls) and made an appointment to visit. I told her I was interested in two kittens, a boy and a girl. When I got there, I was overwhelmed by a room full of happy floppy cats! After all the sadness of losing my calico, I was in kitty heaven. The breeder introduced me to a boy she thought I might like. He was a bit older (5 months) and she had planned to show him but thought he might be a good fit for me. He was a gorgeous blue bicolor and I knew instantly he was coming home with me. The breeder was calling him “Pretty Boy” but I ultimately named him Dusty. She then showed me a girl kitten but there wasn’t a connection. She said she’d be having more litters soon, and I could wait for a future litter to pick out a girl. 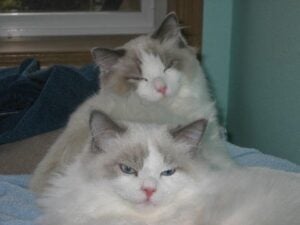 In the meantime, this other tiny kitten kept trying to get my attention. He sat at my feet and meowed at me until I picked him up. Once in my lap, he snuggled up and fell asleep in my arms. He had a small purple stitch in his nose, and I asked the breeder what his story was. She said, “Oh, that’s Miracle.” She proceeded to tell me that when he was born, all of his internal organs were outside of his body. She rushed him to the vet who put everything back in place and sewed him up, but he didn’t think the odds were good that he’d survive. But by some miracle (hence his name) not only did he survive, but he thrived. He’d undergone two hernia surgeries, had been neutered and had a small polyp removed from his nose (this was the purple stitch) and was now 3 months old. 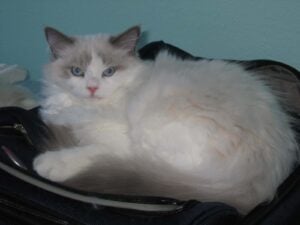 When it was time to leave, I put the tiny kitten down and put Dusty into the carrier to go home. The next thing I knew, the tiny kitten I had been holding ran into the carrier and curled up next to Dusty and looked at me like “I’m going home with you too!” The breeder looked at me and said “Well, I was planning to keep him because even though he’s done well after his rough start, I can’t guarantee his health like I do my other kittens.” We were both quiet for a few minutes as we watched him all settled in the carrier. She then said "If you want to take him home you can … ". The next thing I know I was in the car driving home with 2 Ragdoll kittens! 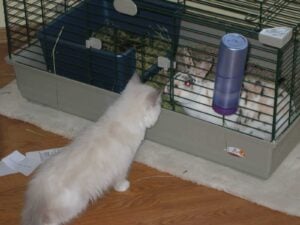 I really didn’t like the name Miracle, but wasn’t really sure what to call him. A few weeks later, my nephew came to visit the kittens. He took one look at him and said “He looks like a fluffy Storm Cloud!” And that’s the name that stuck. The kittens settled in and made my home happy and full of life again. But that’s not the end of the story …

Now that Stormy had a name, I was filling out the TICA registration papers and noticed the date of birth for Stormy. I had to look two or three times because I didn’t believe what I was seeing. The day Stormy was born was the exact same day that my old calico passed away. I believe that somehow the spirit of my old calico was involved in bringing Stormy the miracle kitten into my life. 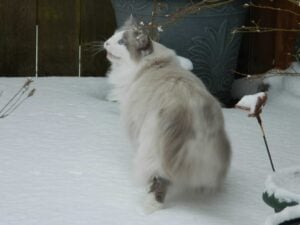 Stormy is now 9 ½ years and has been the absolute picture of health! He never had any issues from his rough start and is a big boned 15 pound floppy cat that is bonded with his big brother Dusty and tolerates his little brother Denali (whose story is next to be written!) He loves climbing up on high places and chattering at the birds and squirrels outside the living room window. He has that look that makes you stop whatever you’re doing and just pet him. I’m so lucky that I met this special boy who was definitely “meant to be” in my life. 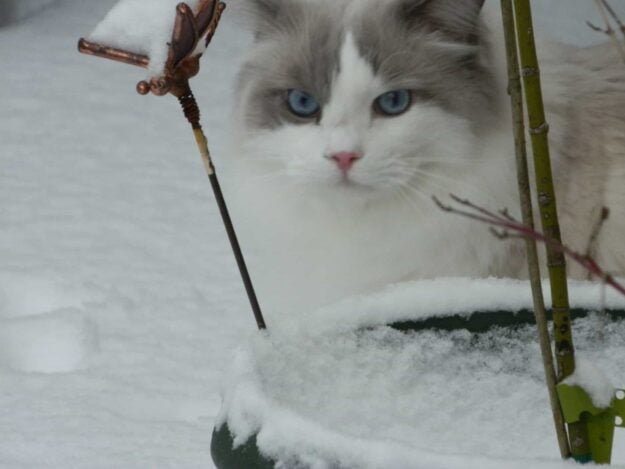 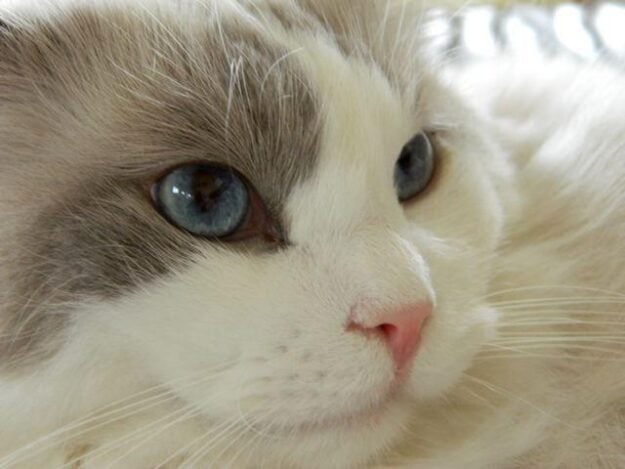