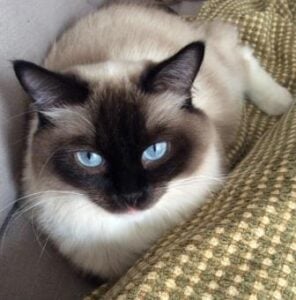 We became interested in Ragdolls when we saw them on Animal Planet’s episode of Too Cute and even further after some research online. After we adopted our first Ragdoll, Claus, when he was 5 months old, it only took about 6 months till we decided to get another one! Just like that our household became a 2 Ragdoll home.

Philomena (Philo or Mena as we call her) is a 2 year old Seal Mitted Ragdoll who is also known as a dainty little princess at a tiny 9lbs. We adopted her at the end of April 2014 and her birthday was on June 29th where she was given a special Trader Joe’s Cat Tuna dinner (both our cats go crazy over it and it’s made just for cats!). We got Philomena from a breeder on Long Island who is very close with the breeder we got Claus from. She was originally going to be bred but it turned out that she was infertile so she was put up for adoption (lucky us!). We named her Philomena because we felt it was very lady like and she is most definitely a little lady in every way! Everything she does is done carefully or in a very soft way, whether it is drinking, eating or cleaning herself. 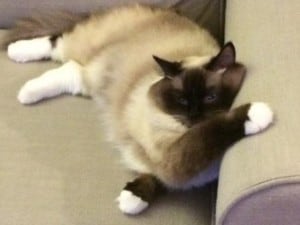 It was very interesting to see the difference in personalities of our two cats. Claus was not very welcoming to her when she came home so she hid a lot for the first week. In time though she came out of her shell and turned out to be a very sweet cat. Philo is very quiet unless it is feeding time which at that point she has a lot to say. We feed them Taste of the Wild Canyon River Dry and Wet which works well for their sensitive tummies. She is not a lap cat but does like to sleep next to you most of the time. She LOVES being brushed, she will actually get in front of Claus when we are brushing him to try and steal his moment. She will roll on her back and even let you brush her stomach as well.

Every day Claus and Philo race to the door when we get home to see who can get there first and a lot of the time you here scrambling around in the hall way as they both run at top speed to greet us. She absolutely loves to play with all her toys. Her favorite toy is her little gold crinkly ball as well as her cat nip banana (I 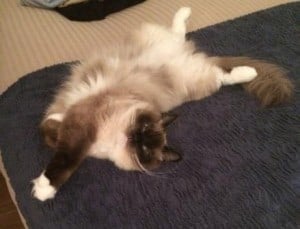 would highly recommend that to everyone, both our cats go nuts over it). Claus and her have a very interesting relationship, it reminds me of two young siblings. Philo loves Claus, she likes to groom him and follow him around the apartment. Sometimes you will catch them cuddling but other times Claus will chase her away or they get into their little squabbles. Deep down I think Claus likes having her for company but still isn't completely ready to share his mom and dad with another cat!

We have been very fortunate to own to wonderful cats that we look forward to having for a very long time. I am also happy that they are 9 months apart in age so they can keep each other company for many years to come! 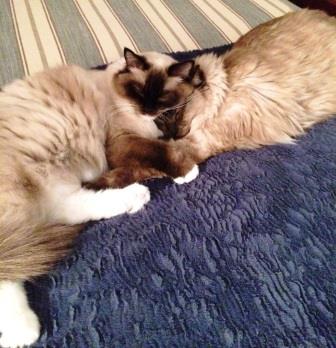 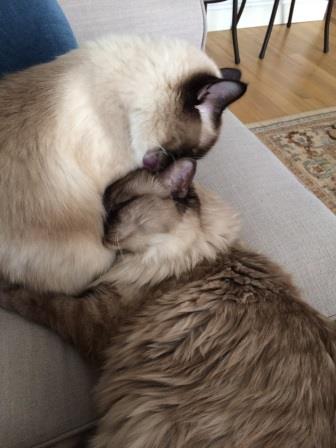 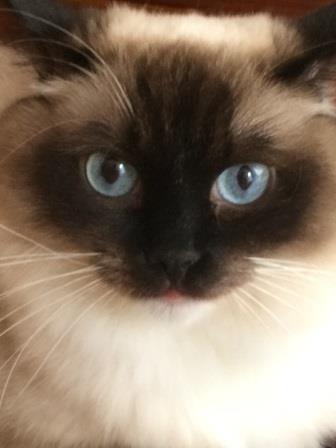