Learn how to make your own cat toy. Ever thought of diy cat toys? It’s a great way to save money, so that you can spend money on higher quality food and things like their annual vet visit. Amuse your kitty with free toys!

Rings - Make Your Own Cat Toy

Take a used paper-towel roll and flatten it. Mark off ¼ of an inch rings along the tube and cut them off. Throw them at your Ragdoll cat or flick them across the floor to get your cat to play. Your cat will like the sound and the texture of the paper.

Take an old glove and either sew or attach pieces of string (you can attach them with safety pins) onto the fingers of the old glove. Then put the glove on and dangle it above your kitty’s head, while wiggling your fingers. Your cat will enjoy trying to catch the bouncing strings.

Take about a tablespoon of catnip and stuff it in a plastic grocery bag. Tape off the bag or secure it in some form and then stuff the plastic bag into an old sock. Then tie off or sew the open end of the sock. Your kitty will love the smell of the catnip as well as the sound of the crinkling paper bag.

Floppycats.com's reader, says "I "made" a sock toy my two still like. Not hard at all. Took one of hubby's big long winter socks that he didn't like and filled it with plastic bags. Could use other crunchy sounding stuff too and tied a knot in the end. They couldn't hardly straddle it when they were little but they'd carry it around since it was so light, and bunny kick it anyway. After they got older I undid the knot and added catnip and they still kick it and play with it. In fact I probably should have washed it by now with some of their other soft toys. I bought them one later that was a lot firmer and heavier wrapped in a sisal sort of material from Petsmart but they don't like it as much ~ Kim"

When you are finished with your checks, the end that is stapled that keeps everything together is what you want to use (please see photo). 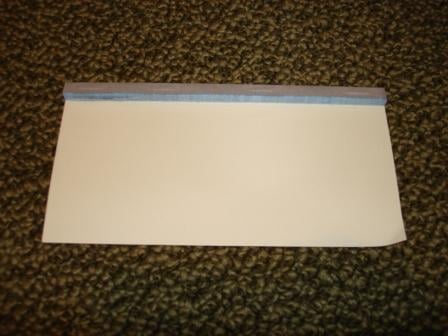 You remove the cardstock backing and just keep the part that is stapled together. 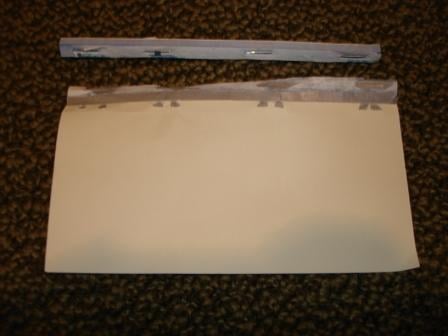 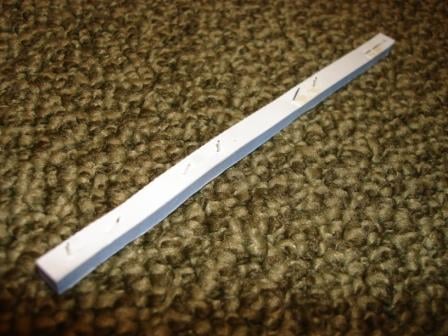 There are probably four staples in what’s left. Remove all staples except for one (one at the end). That will keep everything together (see below). 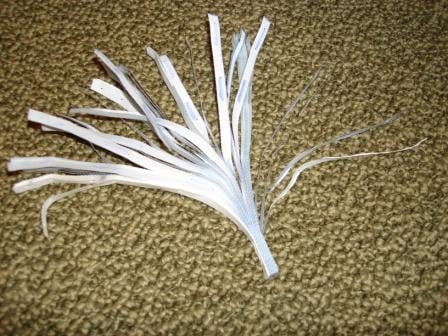 Once you've removed all staples but one on the end, shake your check spine until it feathers out (see photo). 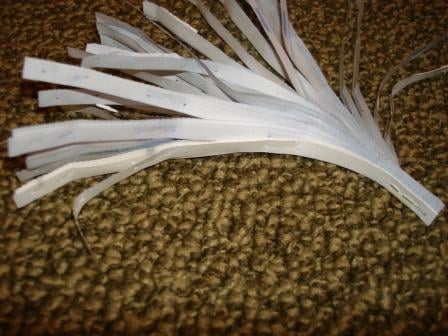 Charlie absolutely loves this toy. He was so excited about playing with it, that he decided to help make it. He was disappointed that it wasn't moving yet! 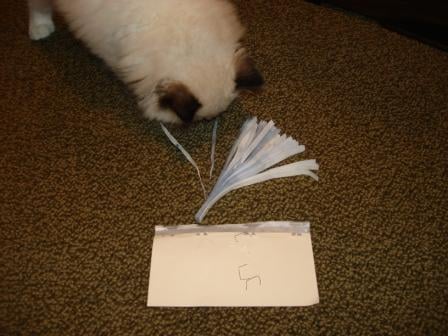 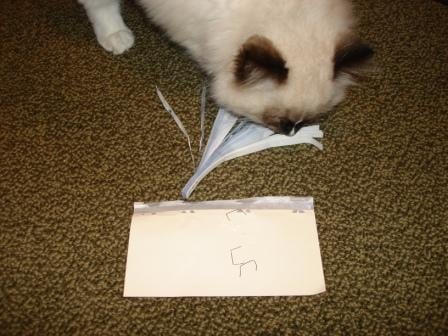 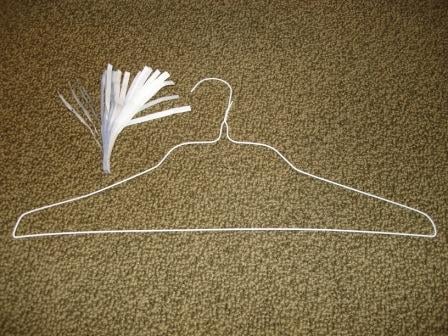 Then grab a simple wire hanger. One of those from the dry cleaners works great. 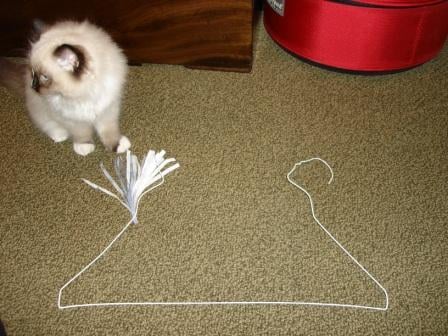 Undo the hanger and make it straight. This will be the handle for your toy. Wrap one end of the wire hanger around the feathered check book spine. Be sure to bend it so that the wire end doesn’t stick out and poke your kitty while he or she is playing with it. 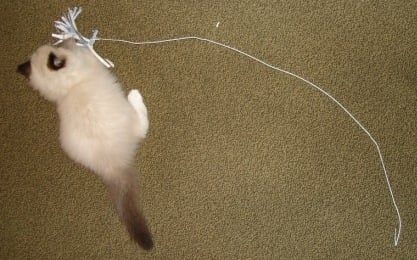 Notice that Charlie is so excited for this toy; he is watching it being made. See Charlie playing with it in the video below. 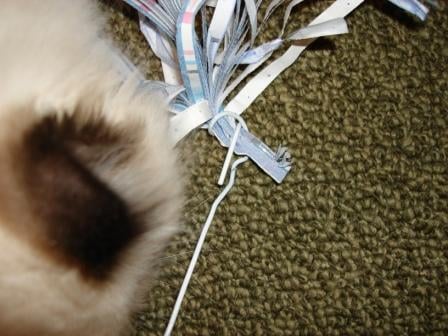 Some of the best toys are the cheapest ones when you make your own cat toy:

Plastic shopping bags, however, can be dangerous, as cats can get smothered in them so be conscious of that when you make your own cat toy.

In a craft store, like Michael's or Joann's they sell puff balls for about $2/package and you get a ton of them. If you buy them in a pet store they are usually about $1.00 each.

Charlie usually plays so hard with this toy that he pants. This video was taken when Charlie had already had a round of playing, so he was little worn out.

These videos were taken much later on: