×
Home » Litter Robot
As many of you know, my sister, who has two young Ragdoll cats, Ash and Addie, received a Litter-Robot Open Air to review about 2 months ago now (see the arrival/unboxing video embedded in this blog post below).  I had written to Litter-Robot asking them if they would be game to send another unit to my sister for review - as I wanted to have the opportunity to share with readers that other cats take to it too.  However, there were no guarantees that her cats would be game.  I did have a good feeling her Addie would take to it, because she's a brave little soul.  But I wasn't sure about her other cat, Ash.Below is what my sister Amy wrote about her experience with the Litter-Robot Open Air. 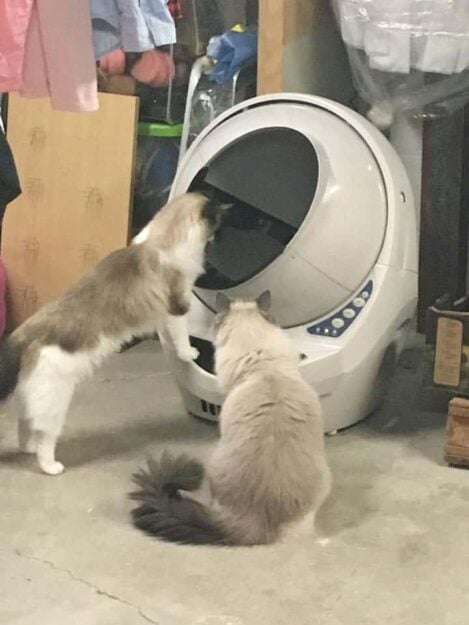 My initial thought when I first saw the Litter- Robot was…that thing is MASSIVE. Little did I know, it is one of the smartest and handiest cat inventions my sister has had me test so far. I work away from my home a good portion of the day and the Litter-Robot has been a lifesaver. I can depend on having a clean litterbox for my cats all day long. It also has been helpful being able to monitor what comes out because it is neatly sifted through the globe. I can make sure the consistency of my cats pee and poop look normal. That has been a really important aspect for me because one of my cats, Addie, had emergency surgery in August and now has a bowel disease. The consistency of her poop is reflective of how she is feeling, so it is important for me to clearly see it. 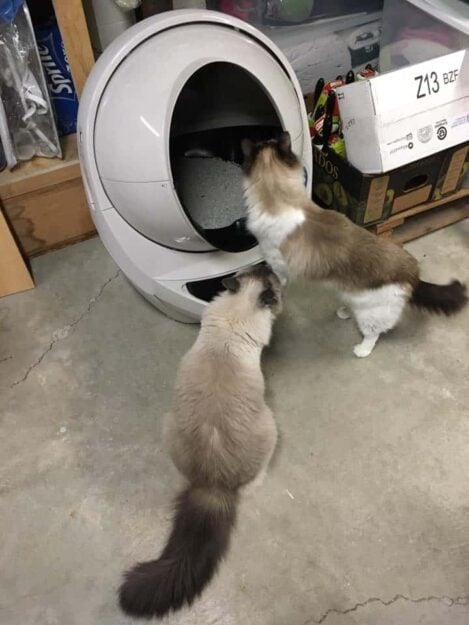 I never thought I would ever want a Litter-Robot, as I had no problem scooping out of a normal litterbox. Now that I have it, I can’t imagine my life without it! Litter-Robot provides detailed instructions on how to set up the litterbox and best practices on how to introduce your cats to it. My cats did not have any problem using it (used it within the first 2 hours it was on) and ever since they use it daily. During the first couple of weeks, Ash and Addie would bolt downstairs the minute it would start cycling to watch it. The cycling doesn’t happen until there is no weight sensed in the Litter-Robot and usually around 15 mins after they’ve done their duty. I keep my Litter-Robot in the basement and the blue nightlight turns on when the overhead lights have been shut off. It’s a nice touch from the makers of Litter-Robot to help cats find the globe in the dark (it’s a cool blue color from a human perspective, too!). I probably empty the poop/pee drawer about every 5 days or so, dependent on how much they use it. I kept my other traditional litter box until they have become accustomed to the Litter-Robot, but will probably get rid of it eventually and solely use the Litter-Robot. 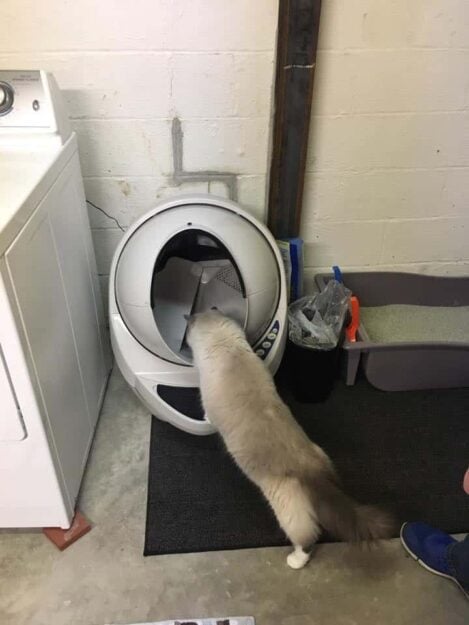 It is a big investment in terms of cat items, but well worth it for convenience and happy cats! If you are debating on ordering one, I would highly recommend it. It is not something you would think you need until you have it. 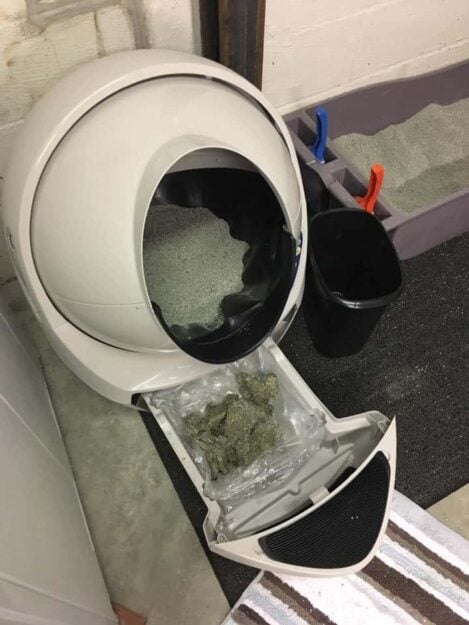 Read our first review of the Litter-Robot Open Air

See more of our cat product reviews.We received the Litter-Robot III Open Air Automatic Litter Box for review from the manufacturer and also asked that they pay a small review fee.  Receiving the free product and the review fee did not influence this honest post.