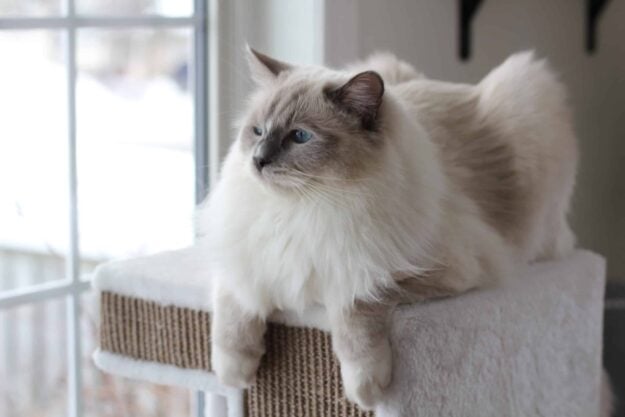 He is a male blue mitted Ragdoll cat with an hour glass blaze.

He is the older playmate (by 2 whole days) of my other Ragdoll cat, ZeeZee and rescue cat, Jack (9 yr old).

Duffy was one of a large litter of kittens. The breeder introduced Duffy and a few other newborns to another nursing Momma Ragdoll of hers for feeding as the other Momma, had only a few kittens to nurse. She happily took the extra kittens in for nursing. ZeeZee was among those other kittens! So the boys have been buddies since the very beginning, even though they are really only half brothers, with the same Dad. They are really littermates in my books and I usually refer to them as being brothers. 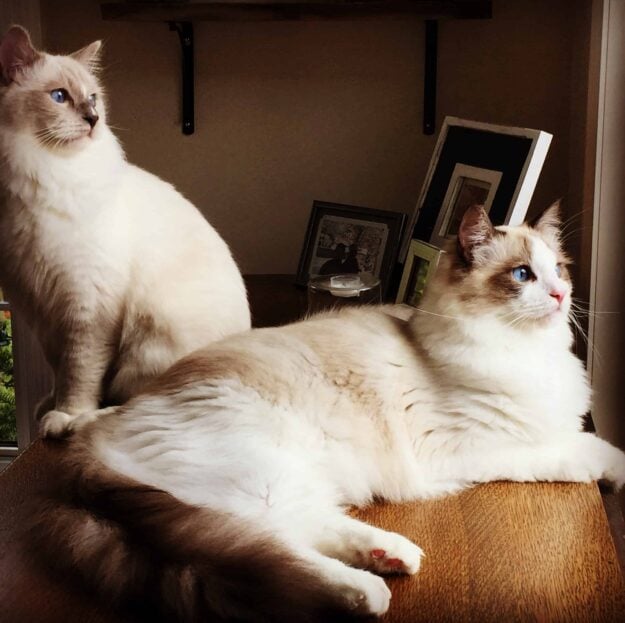 I had originally planned on buying ZeeZee and waiting for a female from my chosen breeder.

However, when I arrived at the breeder to pickup ZeeZee, the breeder showed and offered me Duffy. I told her I wasn't interested, and I would wait for a female as that is what I had planned on.

She brought him to me to hold and he was tiny and timid. I thought, "Man, he's sweet but he has one of those blazes on his nose." I had this vision of the female I wanted and Duffy didn't fit the image.

We left the breeder and went for some lunch before headed on the long drive home with ZeeZee. 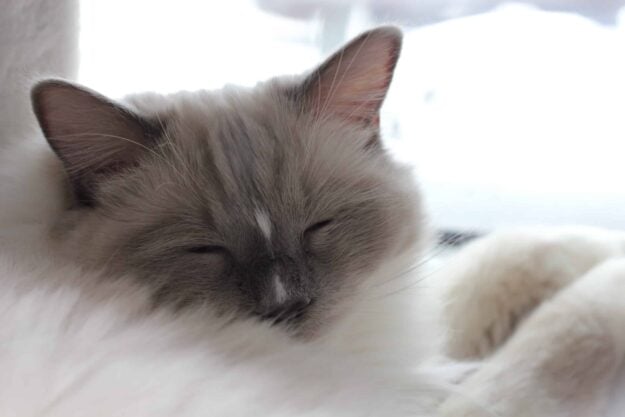 When eating lunch, I got all weepy and teary eyed. I had left that little guy, ZeeZee's playmate behind. My husband encouraged me to take the other kitten as it was such a long drive back to get a female (if the breeder's queens had a female in several months time).

I went back to the breeder and announced I was back. Again. And could I see the kitten again.

Well you know what happened. I took the other male kitten, even though I had my heart set on a male and a female Ragdoll.

Now? I never looked back nor never ever regretted my decision to buy 2 boys.

They get along famously and are the best of friends. Still.

Duffy started out as the more timid Ragdoll kitten when we adopted him. He was smaller than ZeeZee and followed ZeeZee around and copied his actions. ZeeZee was definitely the ring leader and the more adventurous of the 2 males. 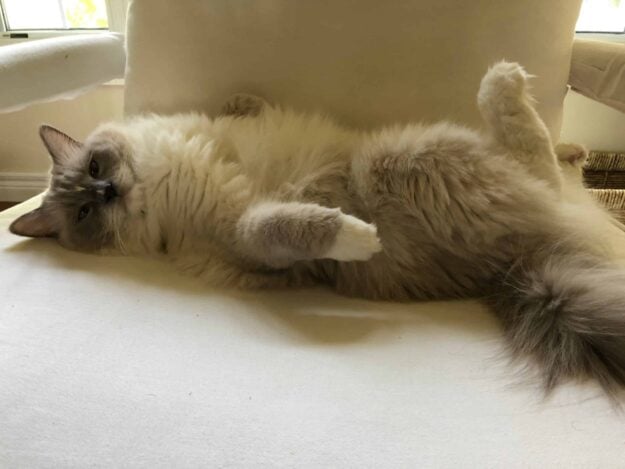 One day I was SO SHOCKED at Duffy.

My boys are on a 100% raw diet. A few weeks after I brought them home and they were weaned onto the raw diet, I introduced them to raw bones.

I was supervising the feeding and thought I could hear a faint noise. The noise got louder and louder.

The noise was coming from Duffy. He was growling at ZeeZee and Jack! He was so into eating the bones, that when either of the other 2 boys came close, he would growl. The raw bones brought out the beast in him! 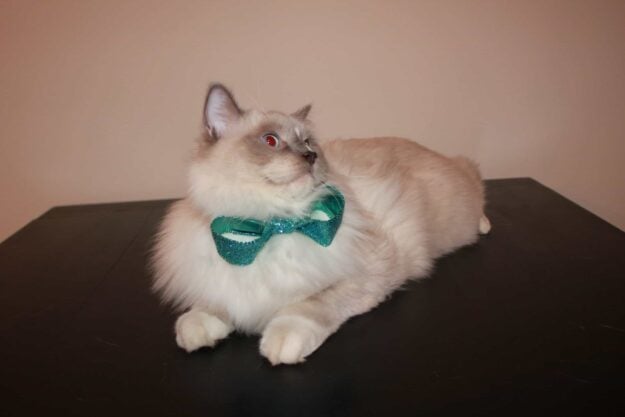 It was really quite funny to watch this little tiger growl to keep the other 2 cats away and give them the message they had better not steal HIS dinner!

So we learned at that point, that Duffy was really not so timid at all!

Over the next few months, he became more and more outgoing. His personality has developed nicely and he has turned into a wonderful pet. 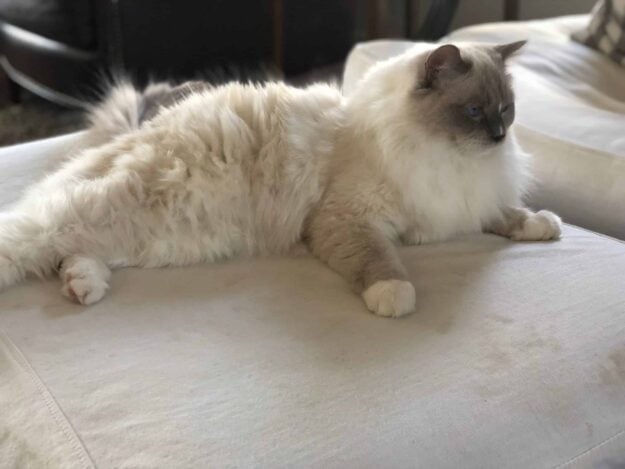 He loves to be petted and belly rubbed although he's not terribly fond of being picked at just any time. He choses the times when he want to be picked up!

I am SO glad I didn't separate those 2 boys. I'd highly recommend 2 males if you're thinking of adopting Ragdolls. Males and females are awesome too, but this has been my first time around with 2 males and it's been great.

My husband isn't aware but I've had the yearning lately for another kitten. Maybe a little girl.:)

By the way....about the blaze...I had never seen many Ragdolls with a blaze and hadn't considered getting a Raggie with a blaze. But, there's another decision I don't regret. I think Duffy's nose blaze just looks amazing! Kind of like a cool kitty tattoo!