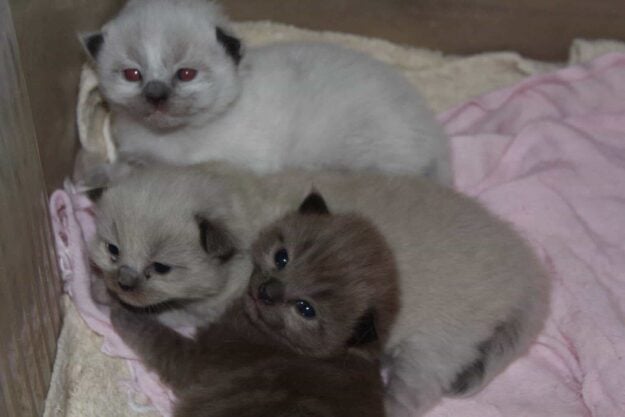 Dolly is the white baby on top.

With any story there is a little bit of a back story right? Promise I will be brief.
I have always had cats ... just normal great outdoor cats that came and went in and out brought me dead things and such and they were all much loved by our family.

The problem our family had was - my husband did much work in other countries. We mostly lived in Washington DC but came and went at about 5-year intervals. 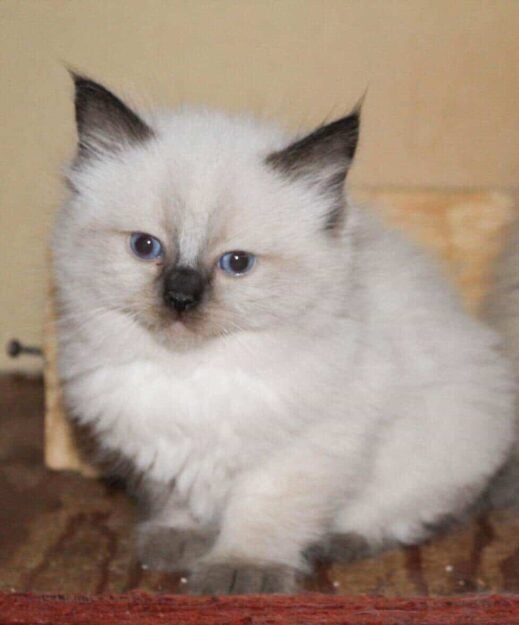 The last of our most loved cats “Tommy” after the iconic PBS show “Thomas the Tank Engine” named by our son, was left in the care of my mother in Winchester, VA while we went to live in England. Sadly, Tommy passed after living for 18 years.

As with any family, time moved on, kids went to University and sadly we never had a kitty in the house again. Instead my husband gave me a small Shih Tzu that I named Dixie (because she was born south of the Mason Dixon line in Roanoke, VA) who became my international traveling companion and all-around soul mate. 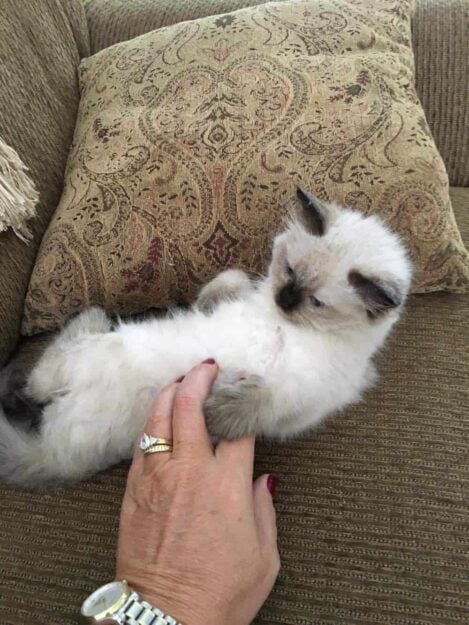 As ever life moved forward and Dixie passed away after being by my side for 16 years. I was heartbroken for months and to make matters worse we lived in Egypt at this time (Cairo) which was such a hardship for us. My husband was near retirement and this was his last assignment before we came home to Virginia.

I had read and heard about this breed of cat called a Ragdoll and now that Dixie was gone, I was more intrigued than ever about adding one to the family. Of course, we had to find a proper breeder. Unbelievably as luck would have it, I found Purrfectly Posh Ragdolls not an hour from our new home. Remember we are still living in Cairo at this time and I was doing all this research online (while my internet worked... Egypt- need I say more!) 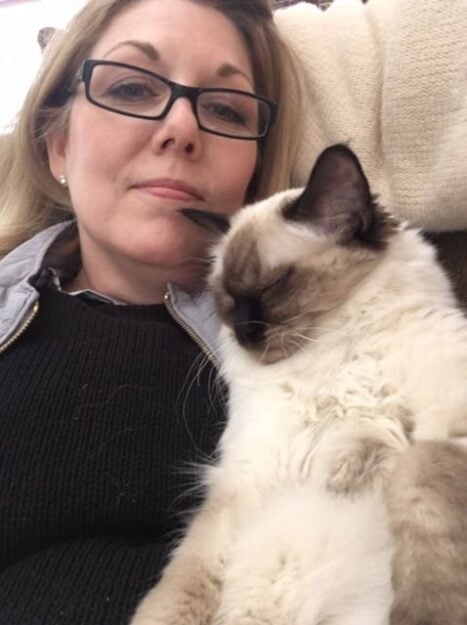 I took a chance and emailed Sarah and as luck would have it, she had a Queen due any day! We connected on Facebook and two days later her Queen Heiress Bette delivered three tiny kittens two males and one female. She sent me the first pics and we were in love with a tiny white jelly bean my husband immediately called Dolly. This was July 17, 2017. I flew back to the US in early Sept but Dolly was still too little to leave the nest, and I was only able to have a visit and a snuggle.

Finally, on October 3 we brought Dolly home. From the start she has been such a joy. She is funny and quirky and definitely owns the house. She LOVES playing with a small tennis ball?!! Like a doggie. She will chase and fetch all day long. When we aren’t throwing the ball enough for her, she will throw the ball with her paws and chase it down. It’s hysterical. 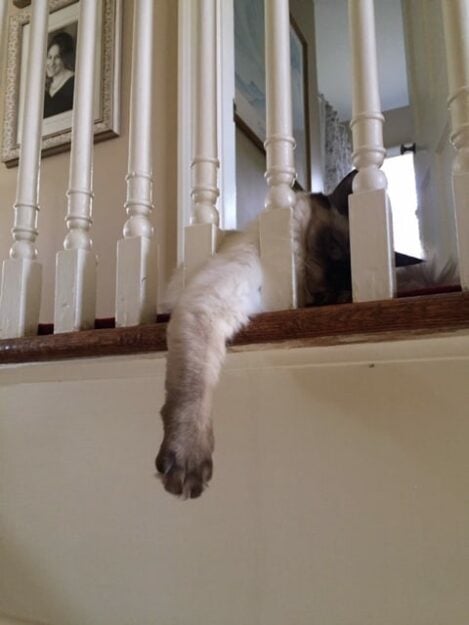 She has a knack for finding odd things around the house and amusing herself them. A while ago it was a pencil, she found on the kitchen counter. To this day we don’t know where that pencil is! 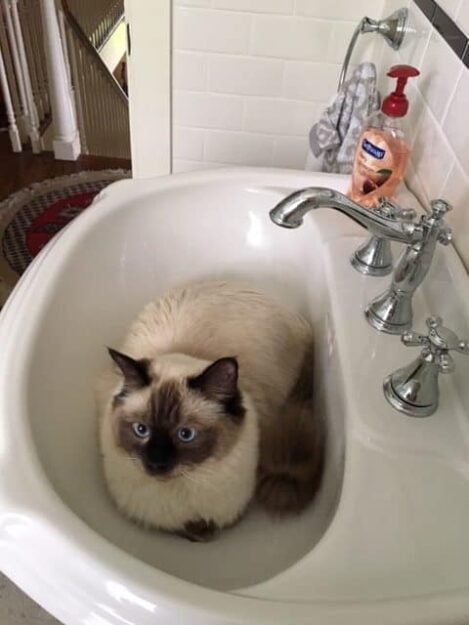 The latest is a small paint brush I had cleaned and was drying in the basement. She carries the paintbrush in her mouth up to our bedroom at night to bat around before bed. She loves it when we have house guests, sneaking into their rooms at night and walking on them while they sleep! Sometimes snuggling in. 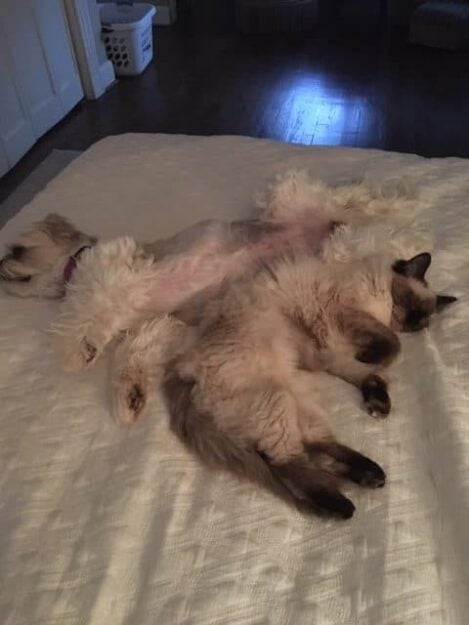 She’s an avid bird watcher and a lover of cat snacks! Dolly has brought so much joy and fun to our family. She is truly like a “puppy cat kitty dog” always near us - following us - in the bathroom with us - well you know right! Lol 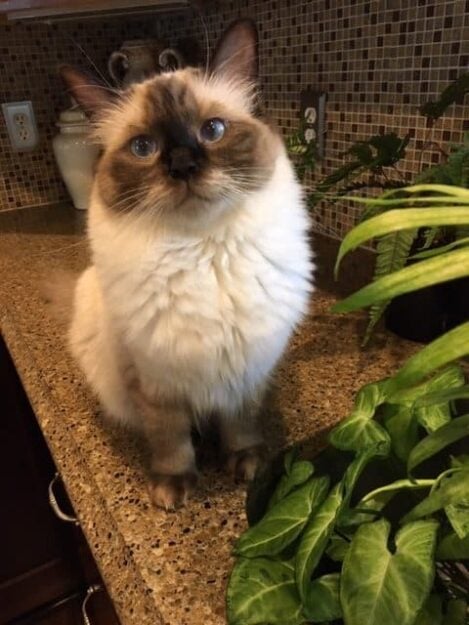