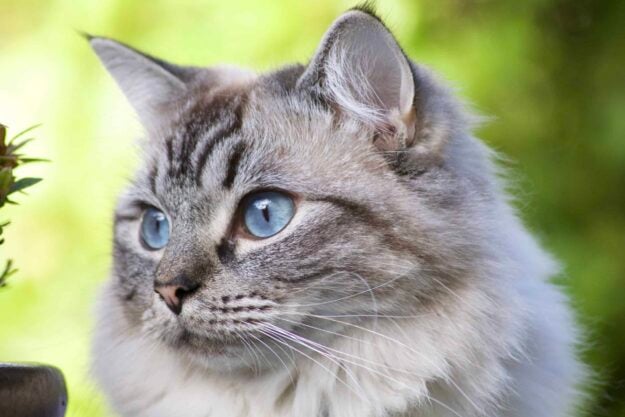 Hi my name is Callaird Bella Cassino from The Callaird cattery in Avonbridge Falkirk Scotland, but my hoomans just call me "Bella". My name means beautiful in Italian and my Dad chose the name as he his half Italian and his Italian family came from a town in Italy called Cassino.

I was born on the 18th April 2015 and have a sister who is also called Bella but she lives far away. While I don't see her mum keeps me up speed as to how she is doing . My birth Mum was called Holly and my dad is an international champion called Reggie. 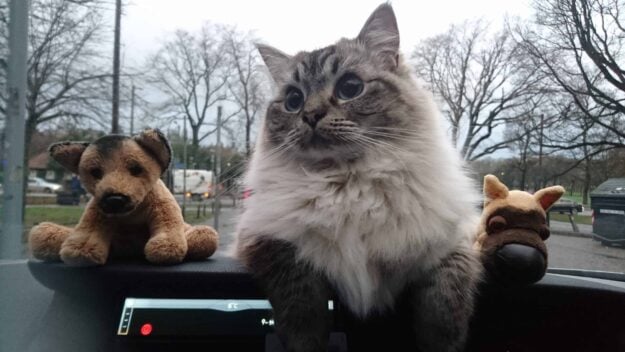 My breeders little girl looked after me when I was a kitten as I was her favourite. She used to carry me around and I slept on her pillow until I found my forever home. She made sure I was very sociable and house trained before leaving.

My forever Mum and Dad came to visit me and my siblings at 9 weeks old. They said they loved my character as I was very friendly and really cheeky. I attached my self to my new dads foot which made them decide to pick me ! 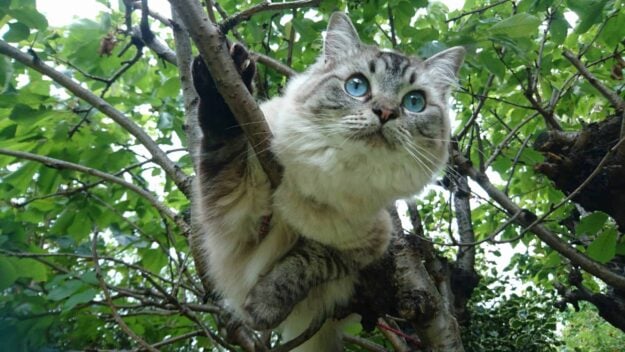 I have two half sisters Miss Lilly and Maddison who some of you might have met in December last year when they were "kittens of the month " and although I think they are fairly cute as little sisters go they are not as adventurous or as brave as me.

You see I came to live with my mum and dad in July 2015 and was told I have 4 brothers and sisters - 2 German shepherds 1 Labrador and 1 spaniel and although they are all much bigger than me I am now the boss! 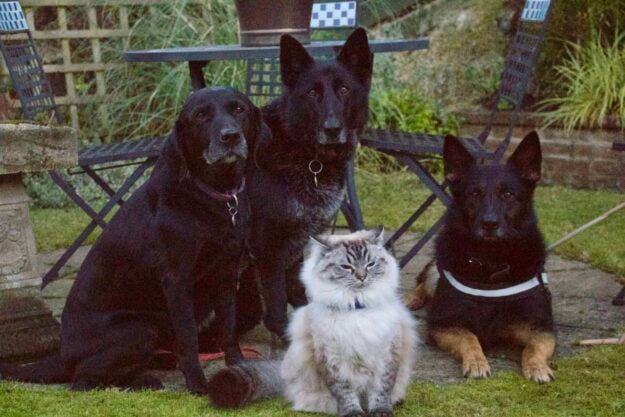 My mum was not really a cat person ...well that was until she met and fell in love with me. Julie, my mum has always loved dogs ,even works with them but dad convinced my mum that it would be nice to have cat in the family, someone that would purr, gives lots of cuddles and leave hair all over the place ....well the last one is easy .....as a Raggie I get a bit hot and drop fluff as often as I can on my mums black work outfits. …..that's my favourite place!

Dad says mum needed a bit of convincing but after doing a bit of searching she found me and after meeting me once she was hooked .I played nicely nice that day and showed them my mischievous side and I remember they could not stop laughing and so I knew I was on a winner. 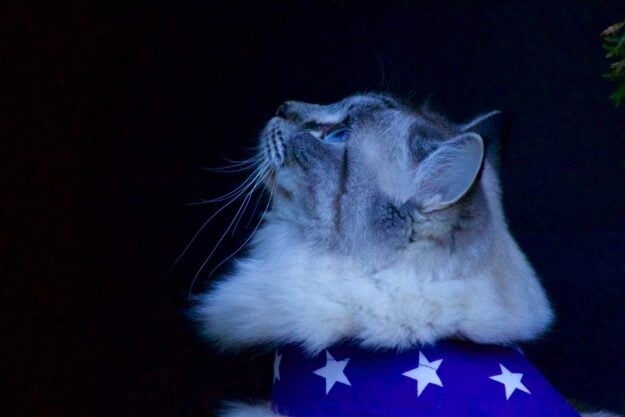 When I went home for the first time I hid behind the sofa for a few hours until mum brought out some toys for me and then I came out and explored the house. I explored my new home without any of the dogs around, then I got to meet the Angel dog, Kim the Labrador. She was ever so gentle and mum new she would be good with me even though she had never met a cat before. Kim was like my new pal and I snuggled up beside her and even tried to get milk from her but for some reason none came out.

I slept the first few weeks on my mum’s head. Just like in my house at Callaird. Mum didn't mind as she is a sound sleeper. After a few months I found that there was a spare double bed in another bedroom so this is where I sleep now, unless its cold and go and sleep on mums legs. 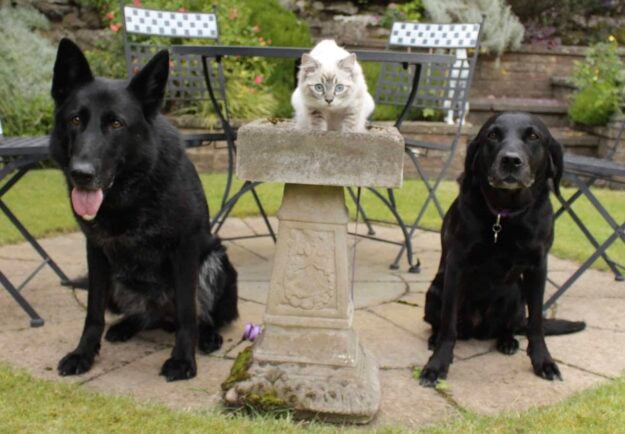 Mum tells me I was a bit of a wild kitten and would have kitten zoomies round the house every day as I had a lot of energy. Mum quickly realised that these zoomies were made worse if I had a sniff of anything with catnip on it. I became like a cat possessed and would throw myself around the house crashing into windows and furniture. Mum then announced Cat nip was banned from the house as she was worried I would hurt myself .

Mum knew I would be bored stuck inside and so she bought me a little harness with a lead attached and decided she would let me venture out into the garden. I love the garden and it really helps to stimulate me and tire me out. So now I have an hour of garden time every day after the dogs have had their walk. Mum has to pay attention though as sometimes I try and chase the birds and go up the trees or the fence. I am great at going up but not so good at coming down and need to be rescued. 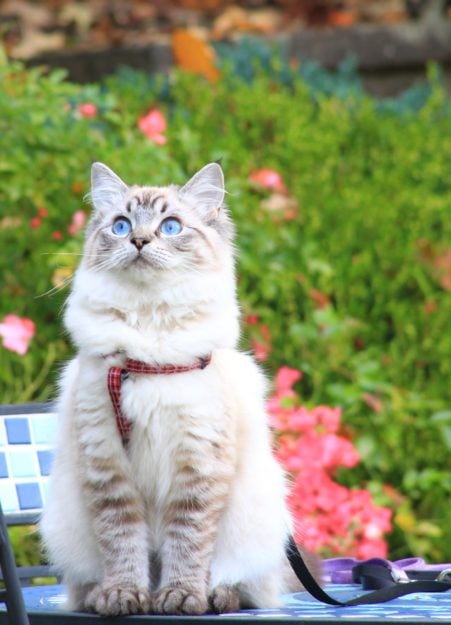 We get lots of rain in Scotland so sometimes I don't get to go out in the garden as it makes my beautiful coat wet and takes so long for me to clean afterwards. Instead mum takes me a ride in the car which I also love. I sit in my basket and can see what's going on all around me but when we stop I'm allowed to come out and roam around inside watching the dogs get wet haha. The dash board is a good vantage point .

Mum realised I was a clever cat very quickly and as she teaches dogs things she thought she would see if I could learn tricks too. She started with a High five, and mum was shocked that I had it mastered within about 2 minutes. My reward was a treat - I don't do stuff for no reward you know! I also have a ‘touch’ command where I touch mums finger with my nose, I can do a left turn, and a right turn and I have just learned how to do a two paw touch. Clever or what ! 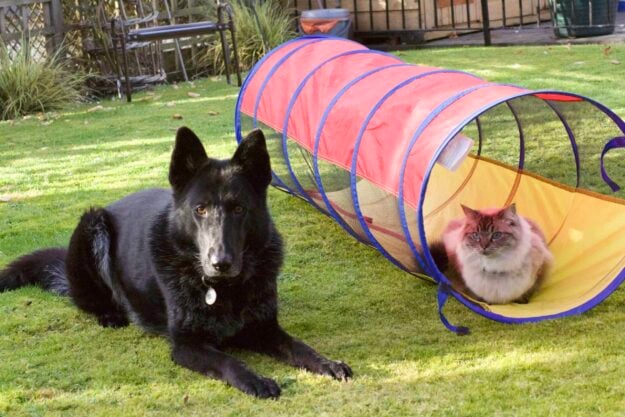 Ellie the all black German Shepherd is my best friend and play mate and we do everything together in the garden and she looks out for me and chases off the foxes. She is a retired police dog and mum never thought she would take to a cat so quickly. She used to chase cats when she was working, so mum knew she would have to work hard. I had other ideas though you see I lived with dogs at Callaird and I wasn't afraid. Ellie barked at me (mum told her off) but I just sat there and whispered to her “Is that the best you have got?” I had her wrapped round my little kitten paw within 10 days. Meow . Now Ellie has a new job, to look after me! I have just recently made good friend with Keach the other German Shepherd and we had our family portrait taken just the other day. Sutton the spaniel mum has told me wont ever be my friend, but hey ho you cant win them all now can you!

Mum and Dad say I am the best decision they have ever made. I make them laugh ever day and I am always doing something clever. Mum has been converted to Ragdolls, she will always have dogs but I have a feeling she will now always have Ragdolls too. Most of mums friends are dog people so when I was little Mum set up my very own Facebook page,  so that the friends that wanted to see me could hear all about my adventures. I will be two this April and I am still just a big crazy kitten.
Thanks for listening to my story Bella x