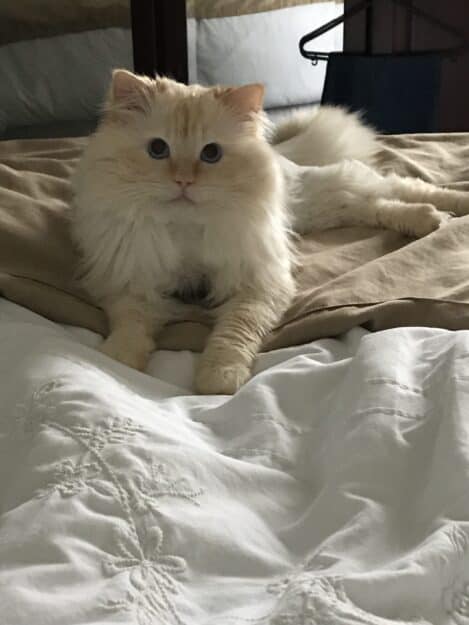 This is Woody, my lovely two-year-old flamepoint Ragdoll cat. His first owner got him from a Ragdoll breeder based in Frinton-on-Sea in Essex. However, his owner needed to find a new home for Woody, as sadly she needed to move into smaller accommodation and couldn't take him with her. 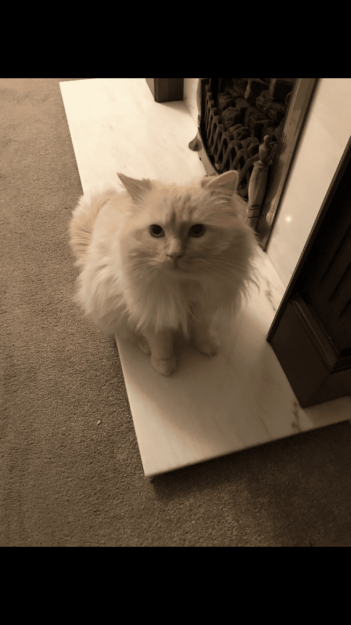 My husband Jason and I had been thinking of getting a cat for a while, but were planning to move house and so kept putting it off. Once we had been in our new home a few months, we started looking for an animal companion at the start of 2019. Jason wanted a dog, but on doing some research found out some more about the Ragdoll breed, which seemed like a slightly lower maintenance compromise!

I started looking online in cat rescue centres and on pets4homes.com as we were originally looking for an older cat (10+ years) and definitely didn't want a young kitten as our first cat. After a couple of weeks, Woody's picture came up, and as soon as I saw the picture of him on his back, I knew he was the one we wanted. Even better was that he was used to young children, which was important as two of my family members are expecting babies this year. At about an hour's drive away from our house in Hockley, Essex, he even wasn't too far away to go and pick up. He was perfect for us. 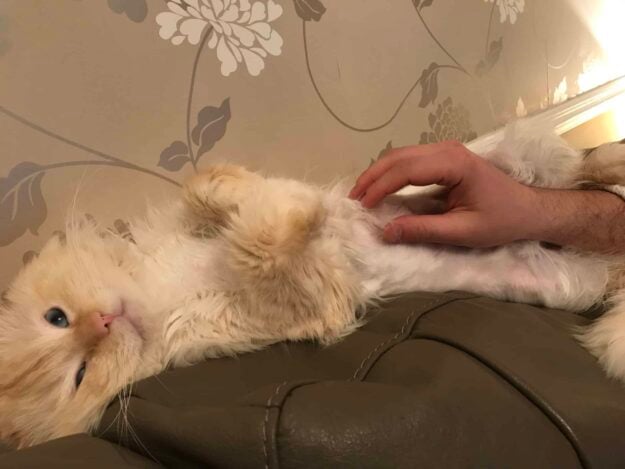 I messaged his owner who said someone had already reserved him - no! But later in the week, the other person never turned up to collect him, so we rushed over to Frinton that weekend to snap him up. Jason's grandad had generously given us some Christmas money a few weeks before, which we used to buy Woody and get him set up with lots of treats, toys and necessities. 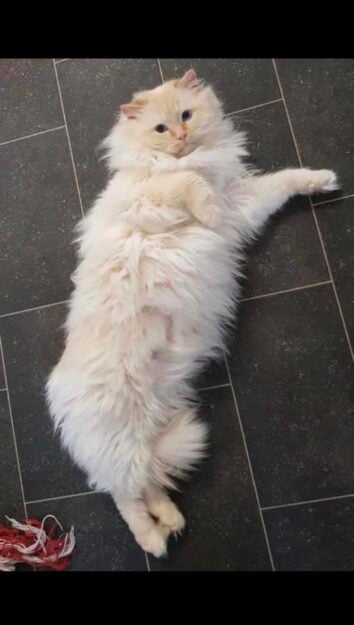 On arrival he looked exactly like his photo and in good general health, so we offered to take him there and then. We were warned that he doesn't like being in his travel basket, and he soon let us how much he doesn't like it when he miaowed nearly all the way home (an hour's drive)! However, the minute we let him out of the basket he calmed down and did a full perimeter sniff of his new home to check everything was in order. He took a little while to settle in to his new home, but after a groom (to get rid of some stubborn matting his previous owner couldn't clear) and a castrate he has now fully relaxed into his new surroundings. 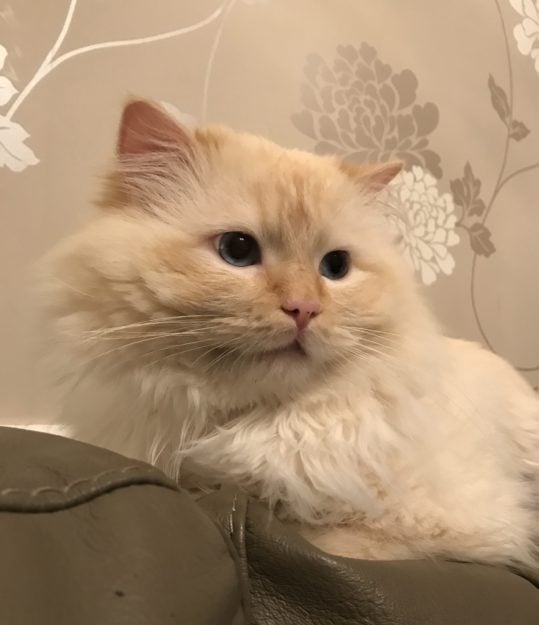 Woody is our first cat and he's such a sweetheart. He's really brought a lot of fun and laughter to our home. I call him my little puppy because he always comes to the door to greet you and likes to play fetch with his favourite toy Birdie. Woody likes fish suppers (salmon is his favourite), gentle belly rubs or chin scratches and bird-watching from our bedroom window, and hates water and going in his travel basket. For his birthday this month we bought him a cat tree which he loves jumping, climbing and chilling out on (as seen in the pictures!). 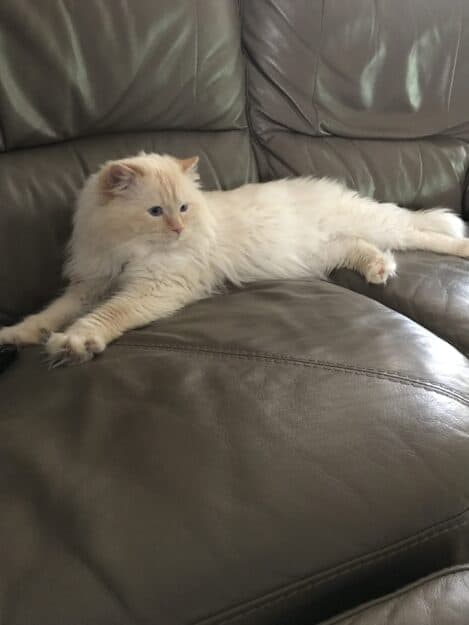 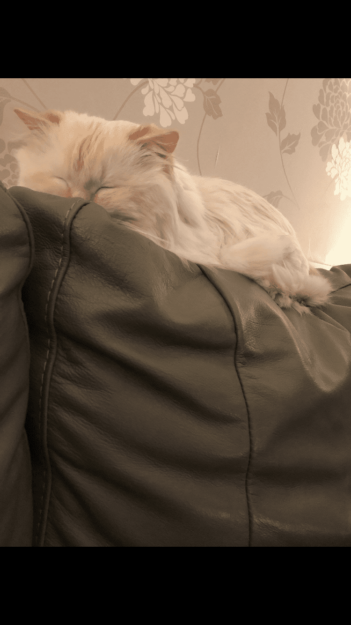