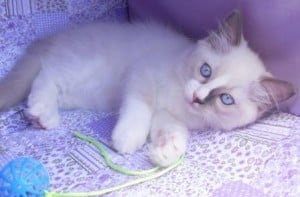 Since I was a kid I wanted a pet. When I was 9 I finally convinced my parents (especially my mother, who didn’t like the idea back then) to give me a puppy. Unfortunately, it didn’t work out. My mother didn’t like dogs and eventually gave my puppy away. I was so devastated with that loss that I finally came to terms with the fact that I would never have a pet as long as I lived with my parents. 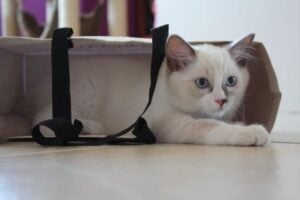 In the last couple of years I became obsessed with cats. I just love their unique and independent personalities. So, last year, I began to ask for my mother to give pets another try, this time with a cat instead of a dog. She was very reluctant at first, but I guess I was so annoying I finally convinced her after almost a year of talking about it constantly. Neither my mother nor my father were used to cats, since they both never lived with one. 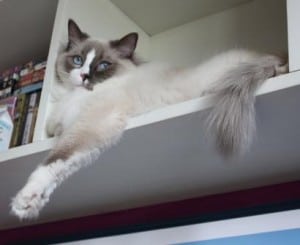 I started to look for cats to adopt, while my mother did a secret research on cat breeds that were friendly and perfect for a family. That’s when I first read something about Ragdolls. I fell in love with their personality and looks. After agreeing with my request, my father thought it was a good idea to get a Ragdoll, since they were nice, friendly cats to have at home. I started to look immediately for a breeder near us. In the city where I live (Porto Alegre, in the south of Brasil), there are two nice breeders. I contacted Denise, from Sulraggies after seeing some pictures of the new litter. She e-mailed me right back explaining that the girl was already taken and that she was waiting for a woman to decide if she was keeping the boy. Since the deadline for the woman’s decision was a day later, she was going to let me know the next day if the boy was available for me. I was already in love with him, so I kept wishing he would be mine. 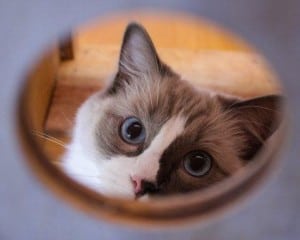 The next week I was at Sulraggies Cattery to visit my baby boy, whom I named Theo. Denise was very nice and kind to me. She e-mailed photos and news about Theo every week and I was able to make lots of visits. I was so excited I couldn’t help myself. Finally, after 2 months of a loooong wait, Theo came home with 12 weeks.

He was a very crazy kitten at my breeder’s house, but he became a little shy moving with us. I remember feeling guilty and hopeless holding him as my mom drove us home. He was 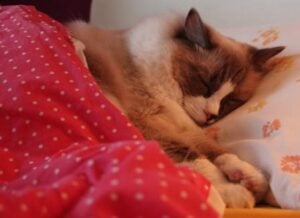 meowing like crazy. He missed his family from that very first moment. As soon as we entered my room (where he spent a couple of days getting used to), I’ve set his stuff and decided to have lunch with my family in order to give Theo some privacy. When I came back to my room, there was a tiny little ball beneath the covers of my bed. He was sooo shy and afraid to explore the place. And I was so excited to love him! Eventually he came around. :)What else can I say? Since day one he slept in bed with me. Now Theo is 2 years old and he continues to be my best friend: he waits for me to come back from school/work and throws a huge “WELCOME HOME” party that only the two of us are 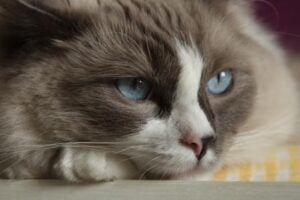 invited. He talks to me like crazy (Ragdoll’s are not quiet haha), follows me around like a dog and loves being petted. On his terms, of course. Theo didn’t like to be held at first. He still doesn’t LOVE IT, but he makes an effort. He purrs a lot when you pet him and he has the ability to make even the most blasé people fall in love with him. 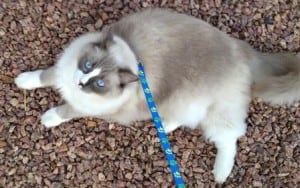 There no words to describe how Theo completed my life and me. He came to me at a perfect timing. He also taught me how to love, how animals are different than us, but we can both be happy together. I learned to be a lot more patient with my baby. He’s the most important thing in my life, for sure. I guess it’s pretty easy for people to notice and be amazed at how essential we are to each other: Theo follows me around everywhere I go, he sleeps with me every night, purrs a lot for me to feel calm and a little better after a hard day. There’s nothing better than coming home to see your best friend come running to greet you (like a dog!)

Ah, do I have to say my mom is Theo’s number 2 fan? Because she is. She takes care of him when I’m not around and they love each other. Theo helps with a lot of chores, such as doing laundry (he loves it!).

I hope my best friend will live a very long and happy life by my side. Because that’s exactly how I feel with him around.