I love it when readers update me!  You might remember reading the post about Ego - Ragdoll Cat Color Changing Problem For Dr. Jenn and Floppycats.com Readers.

Ian, who lives in Hong Kong, adopted Ego, a Chocolate Lynx Point Ragdoll cat from Australia.  Ego went from winter in Australia to summer in Hong Kong and as a result lost his coat and a lot of the color in it.

Here's a photo of Ego in August 2010 when he arrived in Hong Kong: 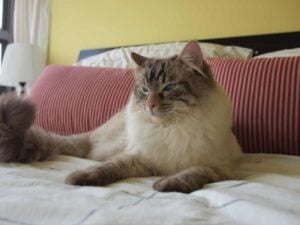 Then a photo of him in September when he had lost a lot of hair and his coloring: 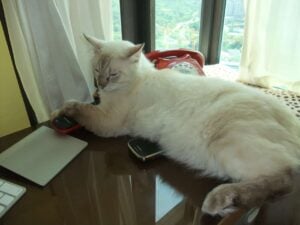 Well, Ian just sent me more photos and updated me on the fact that he is doing well.  So I wanted to share it with you all. 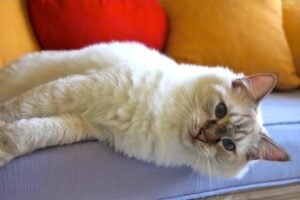 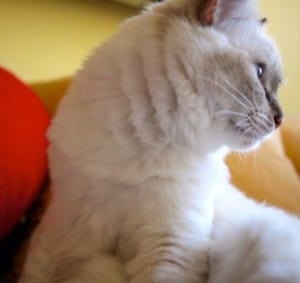 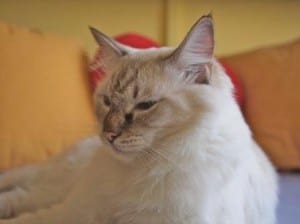 Ian writes, "I wanted to update you about Ego. Since I last emailed in September he has grown back a  lot of his fur. It seemed to grow back along from his back, then his neck and around to his face. The temperature has dropped (down to 15 C at one time) a lot since the highs of 32/33 in the summer. He didnt like the hypoallergenic food from the vet and is eating "friskies gourmet grilled chicken" and "Royal canine oral 30" biccies. He is a very happy boy and always playing with the other two. He is also very polite and will never take  food from the other until they have finished. He follows me around all the time, gets under my feet and loves to sleep with me. I guess the worst is over!  Thank you for all your help and encouragement :)"

Thanks, Ian, for the update!