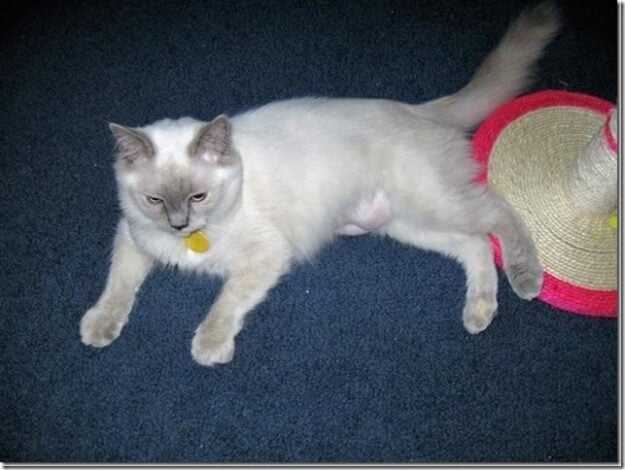 Misty is an 8 year old Blue Torbie Ragdoll. She was one of 52 Ragdoll cats rescued by the MSPCA at Nevins Farm in Massachusetts. With the love and care of the staff at Nevins Farm, Misty along with her brothers and sisters were given a chance at life. We were notified by Nevins Farm that this hoard had been rescued, but they needed medical attention and we would be notified of our turn to pick out a kitten. When we arrived for our selection, there were many cages filled with all the different colors of Ragdoll kittens. We were chosen. When we opened one of the cages, Misty pushed her way thru the crowd and jumped into her new Mama’s hands. We already had Pumpkin, AKA Punkie, a Flame point Ragdoll, that we got from a rehoming situation, and also Stormy a Seal Point Siamese Ragdoll mix , he was also a rescue and is now 8 years old. Misty is The Queen of all she surveys. She loves to cuddle with her Mama and greets visitors regally to her kingdom. 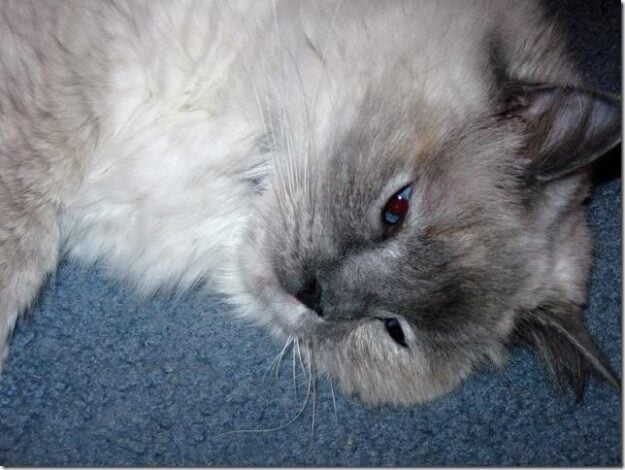 A friend for Punkie. 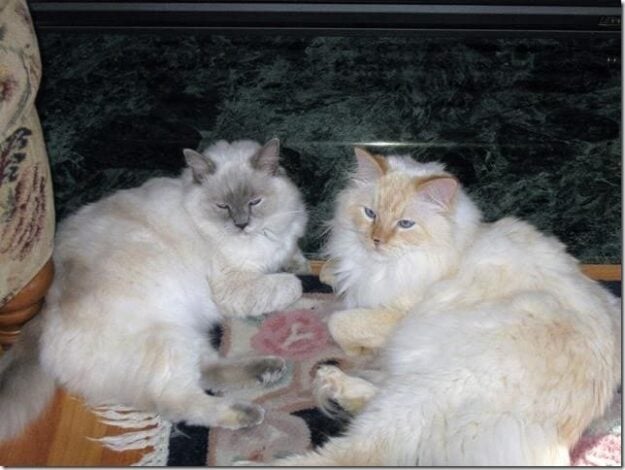 Punkie passed at 14 years old he was my best friend

Our reason for getting another cat was we thought Punkie would like a friend to keep him company. There was an ad in Pet finder for Ragdoll kittens. We contacted the shelter and sent our deposit. Weeks later we went to pick out our kitten from the two that were available. One tricky thing about Ragdoll cats is they get there color when they are older. So the picture below of what was said to be a Seal Point Ragdoll with a blaze, turned out to be a Ragdoll- Siamese mix. We were never told he was a purebred Ragdoll and did not pay much for him. He is a beautiful boy and we love him. There was no problem introducing him to Punkie, and they were best buds. Since Punkie passed away, Stormy still walks around looking for him. 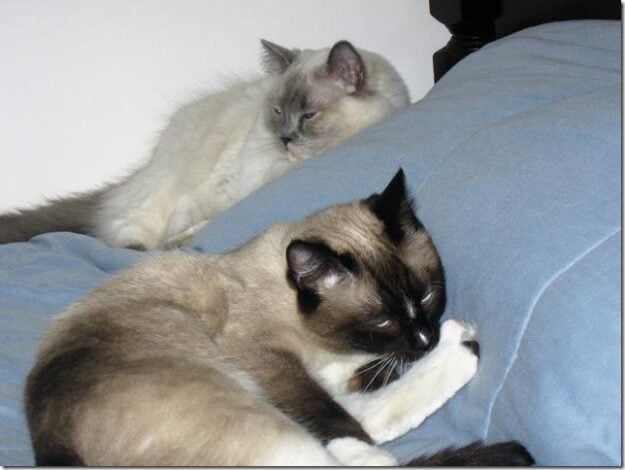 This is why Misty is so special.

Soon after Stormy was settled in, we received a call from Nevins Farm about the hoard of 52 Ragdoll cats, we were told they were being quarantined for health issues and we would be called in about 4-6 weeks to pick out our kitten. I really wanted to see the kittens so we decided to take a ride to Nevins Farm. We did not see the Ragdoll kittens in any of the viewing rooms, and were told they were out back and no one can see them. We took a walk around the back side of the building and could see into the rooms with the cages. We came across the room with the Ragdoll kittens and could see in the window, I cannot explain how bad they looked, they were starved, and both the fur and eyes were infected. Some kittens were nursing on very sick mother cats. They had never been given food in bowls and had no litter boxes. The only information we received was, “We cannot explain just how bad the living conditions were”. 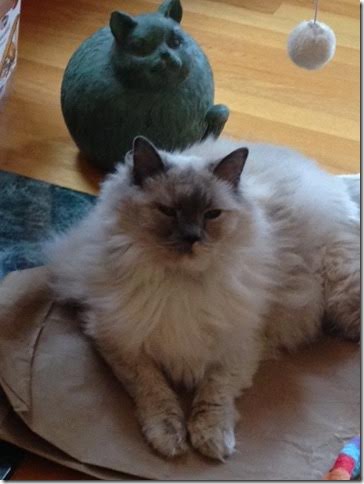 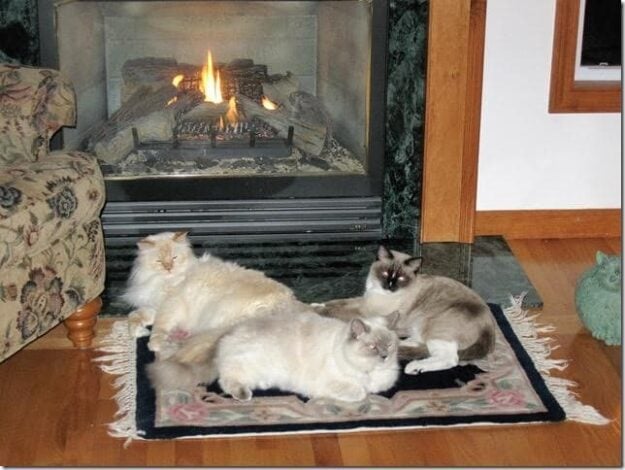 We introduce Misty to Punkie and Stormy, she smelled so bad from the sulfur baths (this kills ringworm) they had no idea what she was. Punkie and Misty became friends, but to this day Stormy is still on the outs. Misty still has some imbedded problems, she has to have measured food, because she was starved, she will eat till she explodes. She is also very possessive of all her stuff, beds, toys, box’s, Stormy needs to stay 500 feet away. With people she likes to be the center of attention. She will sit on your lap, she purrs and likes to be hugged, and she will follow you around like puppy. Today Life is good for Misty.