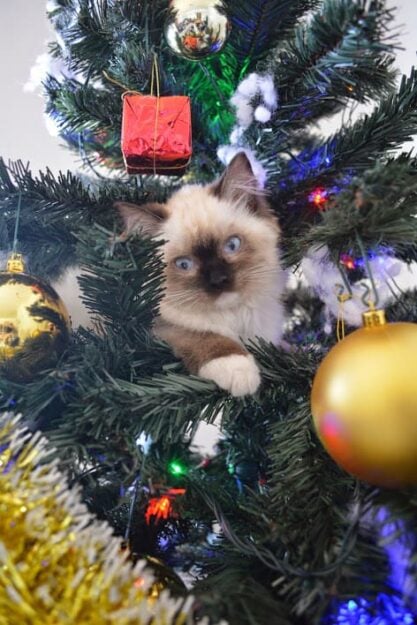 It was love at first sight! She looked like a little Panda with her small black nose and short tail running towards me… I remember taking her home for the first time, by car – she was standing on my lap with her front paws leaning against the edge of the window, wagging her tiny tail and looking at people and cars passing by – she was (and still is) so curious about everything. She got used to her new home instantly – she inspected every corner of the flat and immediately became fascinated by the drinking water fountain… she spent hours watching it, and naturally, I filmed her.

So who is Daisy Blue?

Daisy Blue is a seal point Ragdoll, she now is just over 3 years old. We took her to several cat shows and in 2016 she received her official TICA ‘Champion Alter’ award. Unfortunately cat shows made her stressed and she has now retired from them. She is now gorgeous furry model, but I will tell you about this later…

Mystery behind the name

Daisy Blue name was chosen with great care, Daisy is an old English name, which denotes personal independence and beauty, she ticks the box on both counts! There are many famous women called Daisy: Daisy, Princess of Pless, who was a noted society beauty in the Edwardian period and even Daisy Fellowes – a fashion icon, and an heiress to the Singer sewing machine fortune. 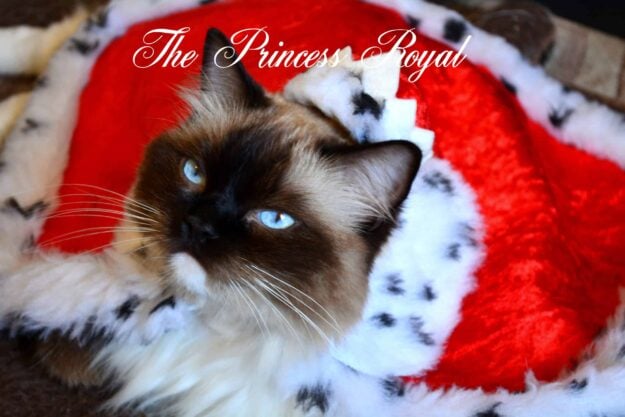 Over the years we witnessed her, sometimes rather unbelievable, intelligence. She is a quick learner and she enjoys ‘doing things’, from early kittenhood she learned to offer a paw, jump over items, turn around on request, and lie down… She will open drawers filled with treats – Daisy will sit and watch me opening a cupboard or a drawer, then later will try to repeat how I did it. She uses her white paws like fingers and can pick up the tiniest things.

What she really likes is going out for walks on a lead, this attracts a lot of attention from passers-by, but she loves all the attention on her terms “Look, but don’t touch”. I took some videos of use walking together. 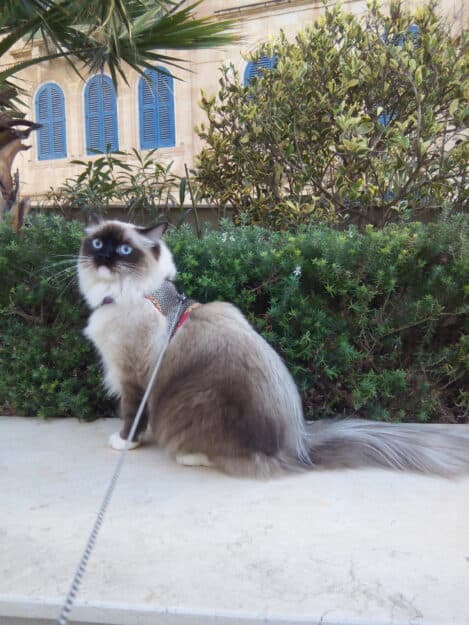 Daisy Blue is a natural model and she was the one who inspired me to open my handmade pet fashion shop. She loves wearing pretty bows, hats, capes, collars etc and will sit patiently until I take a nice photo of her. In fact, her favourite place is our photo corner where I take picture of our hand-crafted items Daisy Blue of course gets her reward – her favourite treats and lots of cuddles. 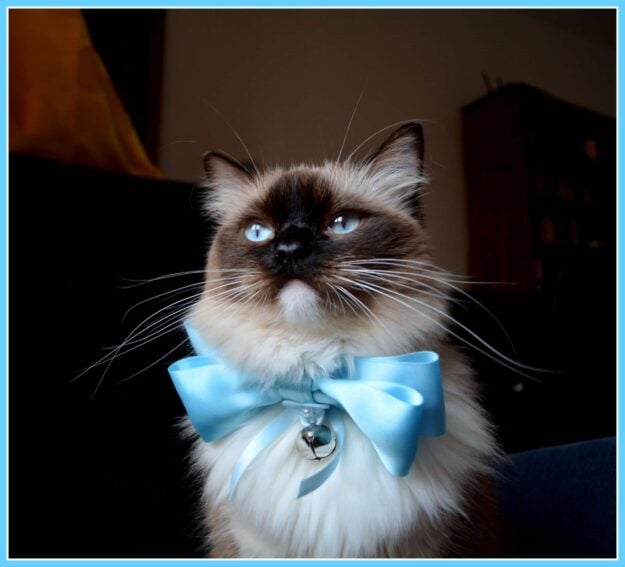 What does Princess Daisy dislike?

The one thing she absolutely hates is grooming, no matter which brush I tried she gets very upset with any of them almost as if “Don’t you see, I can look after myself, unlike Boris…” (Boris SugarPuffs is our second Ragdoll…) 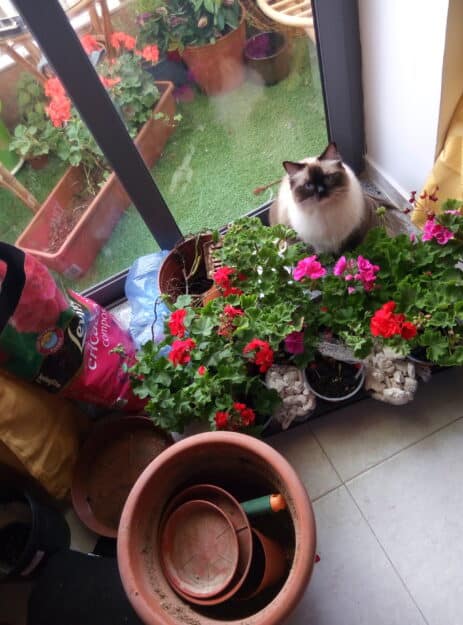 Daisy Blue is a keen helper, too, from helping to cook cakes and do some food tasting, to sewing the cat toys. She always by my side wherever I go and she is a great talker, too. 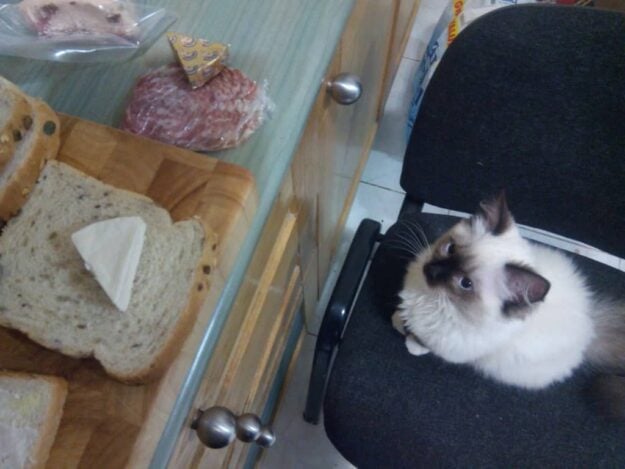 Sometimes Daisy Blue behaves like a guard dog. If a stranger stands is at the front door, she would take on a classic ‘pointing’ dog stance, standing totally motionless with her nose towards the door with her paw folded underneath her, making a rather loud growling noise.

She is not afraid of heights, too. I was told once, that Ragdolls do not like heights, I guess Daisy is not a typical Ragdoll as she proved otherwise. For her the higher the better. She now has a tall, almost two metres (6′ 5”) high cat house, and as you can imagine, the top platform is her favourite.

3 thoughts on “Daisy Blue – Ragdoll of the Week”