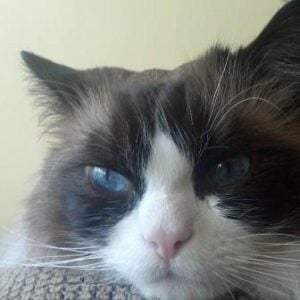 I grew up loving cats from afar- I was severely allergic. I had always yearned to play with and have a sweet cat of my own. Years later, I came to outgrow my allergy. My boyfriend is a cat person and we decided to adopt a kitten (with no particular breed preference).

I found myself searching adoption ads when I saw the most beautiful cat I had ever laid eyes upon. His name was Chief and though he wasn't a kitten, he was absolutely stunning. When I showed my boyfriend his picture his reaction was equal to mine. We went through the adoption process eager to find out if he would be ours. The agency was truthful in letting us know that they didn't get purebreds often and that they had a mile long list of applicants just as eager as we were. When we got the call that Chief would be ours we were ecstatic. 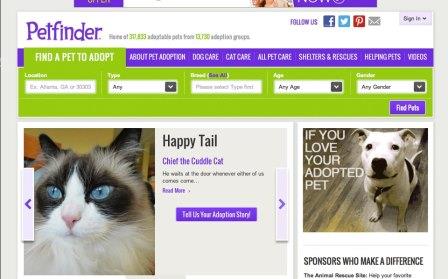 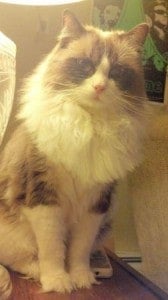 Chief came with all his paperwork and vaccinations. He is a purebred seal bicolor ragdoll who was bred by Liz Thurman of Bordeaux Ragdolls. I did my research, and Liz is one of the top ragdoll breeders and screens against Hypertrophic cardiomyopathy (HCM). I have even had email conversations with her, thanking her and telling her how wonderful Chief is. He was just six years old when we adopted him (his birthday is March 18, 2006), and is going on eight this March; though he looks and acts as playfully as a kitten when he wants to.

Chief has been with us now for over a year. His first few days were rough; we live in an area devastated by hurricane Sandy. Chief was a trooper. He quickly adjusted to his new surroundings and made our house his castle. 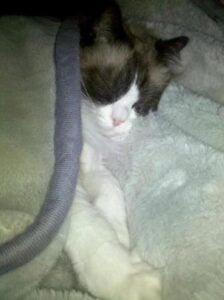 Chief lives the typical life of a spoiled little raggie. He adores being brushed more than anything. Every night when we lay down to sleep, Chief comes running into our bedroom and jumps onto our bed knowing he gets a good 15-20 minute brushing before bed. Though he has a few different cat beds, he prefers to sleep in our bed with us and takes up the entire foot of the bed. We've learned to adjust the way we sleep to make him comfy and happy at night.

Chief also gets a bath once a month to prevent matting. We were uncomfortable with his previous owner's suggestions to taking him to 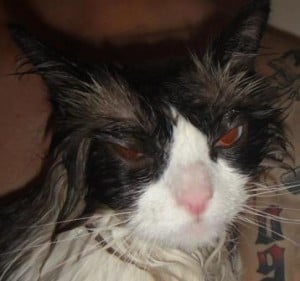 a professional groomer (as they use sedation which can hurt a cat). Surprisingly, Chief is comfortable in the shower and a breeze to bath (he even has his own towel).

Besides wet food, Chief's absolute favorite snack are "Feline Greenie's Dental Treats (salmon flavor-his favorite)." When I come home from work, all I have to do is shake the bag of his treats and he comes running from whatever room he is in to get them. Even his vet thought we brushed his teeth because they keep them so clean; and his 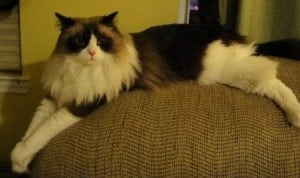 Our love of the breed started with our boy. Reading up on ragdolls, Chief is stereotypical of one. From sitting on the couch next to you while you watch TV, to following you while doing errands from room to room, or to laying down 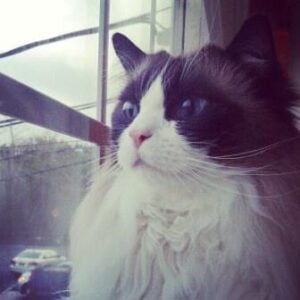 My boyfriend is in the military and sometimes goes months away from home. In his absence, Chief has become a great source of companionship and love. We joke constantly that this is Chief's house and he owns us he is so loved.  Every Skype date I have with my boyfriend, he demands to see Chief and always asks how he is doing. Chief is such an integral and loved part of our lives that one day we hope to get another ragdoll from Ms. Thurman as a companion for Chief. Chief goes beyond just being a pet in our eyes, but has become a  member of our family. 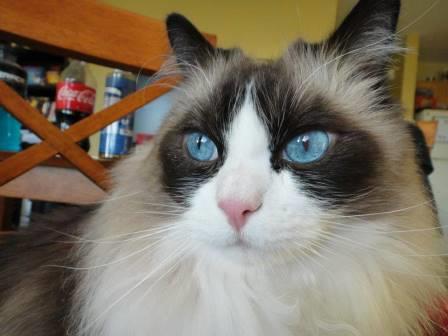 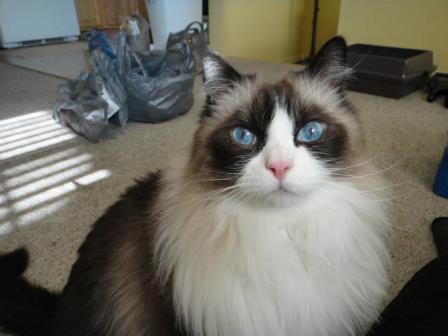 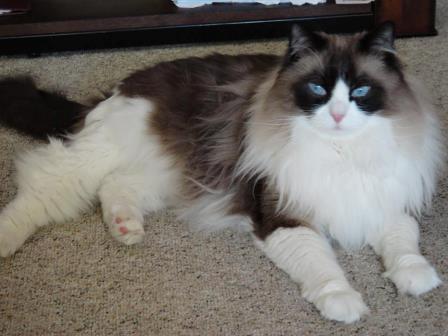 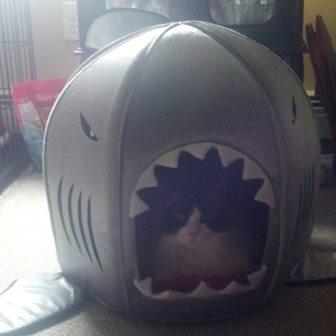