Here is my story as to how I ended up adopting Meisha.

I’ve had cats as pets since I was a little girl. Most of the cats were male and only a few were female. I basically had these pets until they passed away, some as old as 20-21 years. 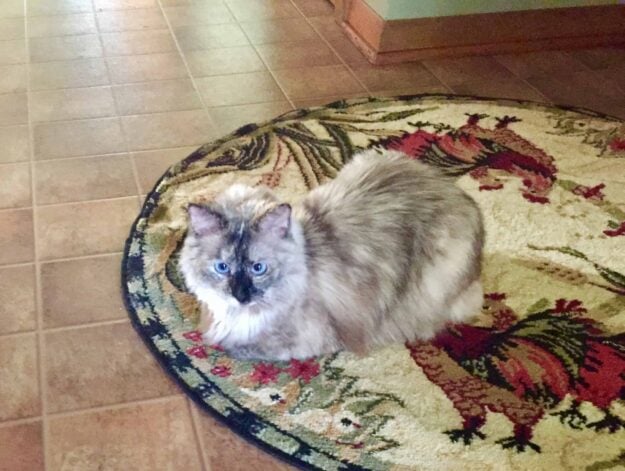 Anyway, I’ve always wanted to have a blue eyed female cat. And I have always loved the ragdoll cat! So I let my family know that I was now searching for a blue eyed ragdoll cat! Her name would be Meisha - which means walking with pride, a swinging gait, pretty as per the Hindu meaning. Another one I remembered for Meisha was beautiful.

We have generally always adopted cats and dogs from shelters and so this time was no exception.

I would spend hours searching shelters within minutes from me to as far away as 2-3 states over. 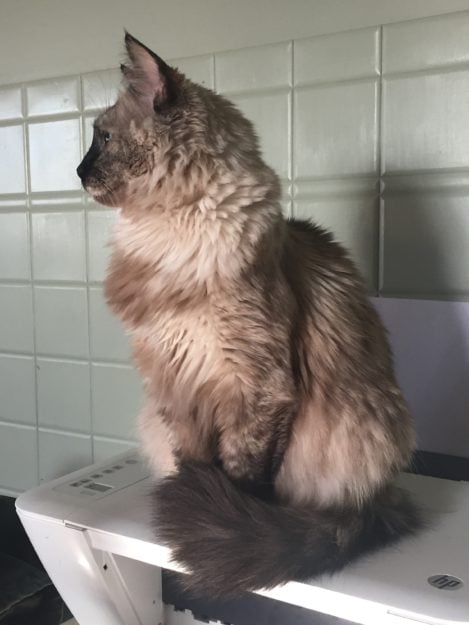 Some cats were already adopted out or if I did find a blue eyed cat it was a male cat, a senior cat, a kitten. No offense to the male cats but I knew I would have this cat for many years. Plus my family wasn’t accepting of having too many cats or the whole kitten phase and so I felt I had one chance.

I came across this little girl from a shelter in Iowa. Her name on their page was Alita. There was only 1 photo of her on their site. A profile shot so I couldn’t even see her whole face. It looked like she had blue eyes though.

Up until I saw her I was also dead set on finding a ragdoll with unique and symmetrical markings. I finally realized that this was silly and said nothing to the cat’s personality or character. With looking only at shelters and not from a breeder the chances of this were slim to none. 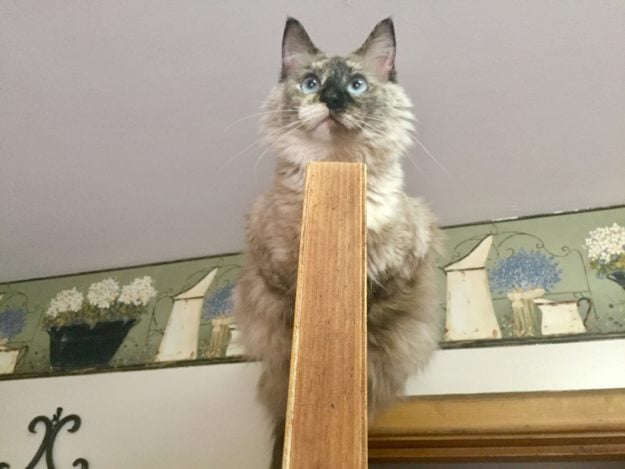 I filled out an application on the website for Alita. Either my outdated computer, phone or their site was giving me trouble. As it didn’t seem like it was working. So I managed to find a way to print the form (that was an online form) and I put the application in the mail to them.

I also called the shelter about her to where they had limited hours if memory serves and I had to leave a voice mail. This was driving me crazy thinking someone else would swoop in an adopt her out from under me!

Finally got to speak to a woman about Alita. She told me she was a young ragdoll mix whom was found on the streets with a litter of kittens. I asked if she had blue eyes and the woman said she did.

I was so excited by this point. 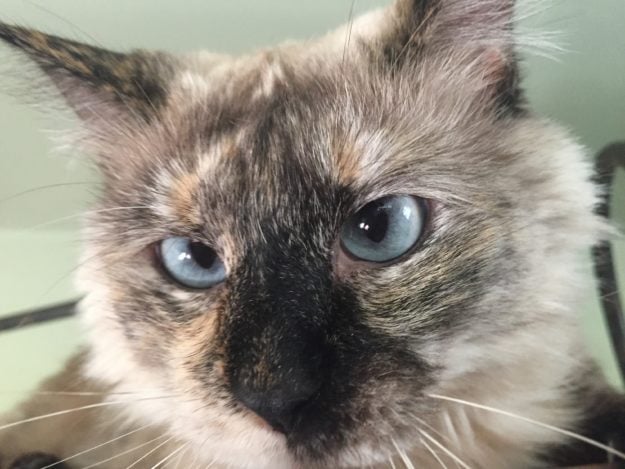 However, for a brief minute, I was so deflated because of what this woman said next.

“We have 3 applications on Alita,” [Insert my gasp thinking I was 4th or something. She must of heard me gasp as she paused for a second and then continued....] “And they are all applications from YOU.”

We both laughed and it was understood how badly I wanted to adopt this girl!

My husband and I made the 3 hour drive to pick her up!

She was just barely over 3lbs when I brought her home. She was spayed while at the shelter while I would have preferred to wait until she was healthier.

She is a little bit cross eyed or so appears to be in some angles when looking at her. Which adds to her charm I think.

Super fluffy and soft! Picks at the fur between her toes like she doesn’t like it so I trim these for her when she’ll let me that is!

Fast forward 3 years later and she is almost 9 pounds of fluff and stuff.

Meisha is very mischievous as she is often getting into things she shouldn’t or is just so curious it is like she can’t help herself.

Meisha loves to knock things over off of my table, shelves and etc. One cannot leave a cabinet door, closet door or drawer open for longer than a few seconds as she will be right there trying to get in! She once jumped on top of my bathroom door! I won’t even start my dryer until I know for certain where she is! The antics with this girl I tell ya! 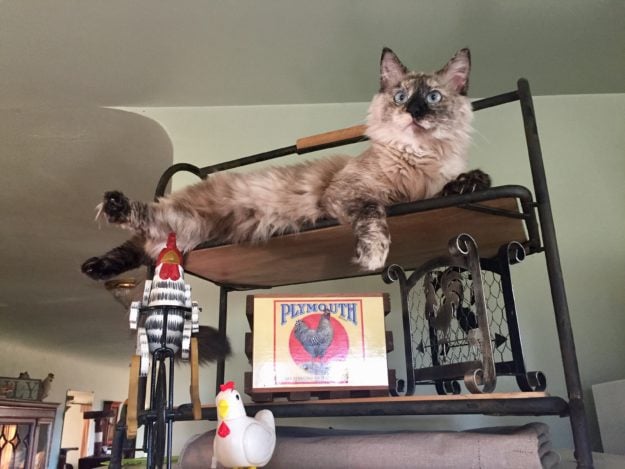 She doesn’t meow much at all. From what I read she trills. This trilling lasts all day especially when she enters the room I’m in or first thing in the morning as she’ll come and find me if she’s not following me first.

She is my beautiful fluffy blue eyed girl and I adore her so!

Her is Meisha - my mish mash, Mimi, smooshy smoosh girl!