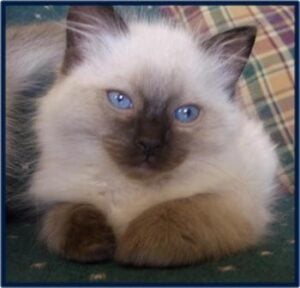 This submission is for my darling boy Enzo who is a Seal point Ragdoll. We got Enzo from a breeder in Victoria, Australia Dirleton Ragdolls.

As with Cleo's adoption, it s a very pleasant experience we got photos almost each week and we got to watch him grow up.

I became interested in Ragdolls in highschool after watching a documentary on TV about them.

My Enzo is 4 years old and had his birthday on 18th August. Enzo is such a big softie I love him to bits, he lovvesssss his food and he purrs non-stop.  We say that it sounds like he has a V8 motor inside of him.

If we are eating dinner and he is sitting on the chair next to us, he stretches out his paw as far as he can so he can gently tap you on the arm to let u know he is there, he always reminds my every hour that he is hungry. 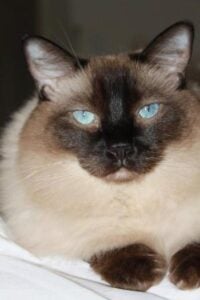 He is not the kind of cat that want to sit on you all the time but wherever you are, he is always very close by and will stretch out and lay in front of you when you're walking along. And when I'm studying he always loves to lay on my books right where I'm trying to read! He has a thing for paper, any paper, he has to sit on it - it's very funny.

We recently got a 3rd Ragdoll added to our household and Enzo now spends his time playing tiggy with him.  They go so fast around the house that you always hear big loud thuds as they overshoot the corners and run into the walls.   Enzo cleans him its so cute.

We called him Enzo because my husband is a Ferrari fanatic. Enzo also loves the Brawny Cat Big Baby, he looks so sad when one of the other cats is on it. 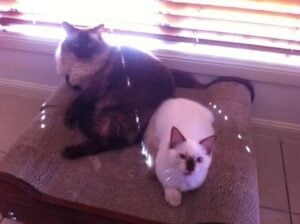 on the Brawny Cat Big Baby

He also loves the Drinkwell pet fountain.  He loves to drink from the running water and it's important for him to drink a lot as he suffers from urinary crystals. He is a timid cat when it comes to new people and going outside but having a new kitten around has really brought him out of his shell and he is not as scared anymore.

Enzo loves bubbles it's so funny watching him try to catch them as they come down and when they pop on him he then spends the next few hours trying to find out where they went! 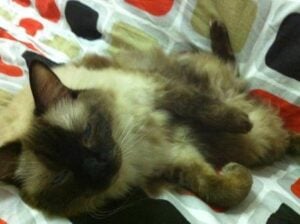 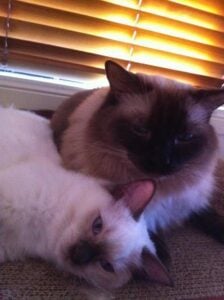 Enzo with his new buddy