Diego – Ragdoll Kitten of the Month 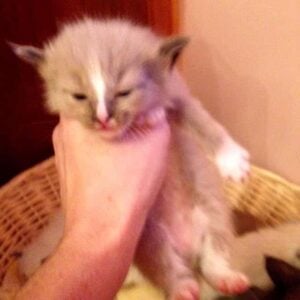 I googled the breed to learn more about them and thought to myself, “I need to have one”. I searched online for a ragdoll breeder to buy a bicolour one. I found a breeder close to me, but she dind’t have a bicolour kitten available at that time but she said she has a gorgeous seal mitted mink with a blaze available and she sent me a pic. It was love at first site, when I saw him I knew I needed to have him. Right there and then I told her that I wanted him and sent her my deposit. We kept in touch for almost a month, she sent me updates and pictures of him. At first I wanted to call him shadow coz of his colour and I knew that ragdoll are known to “shadow” their people, but when I saw the last picture the breeder sent to me I just thought he looked like a Diego, and from that day on he became my little Diego. 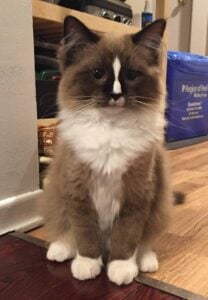 Diego is a little more than 4 months old now, he was born on September 10, 2015. He’s becoming more beautiful every day. He is very mischievous, but in an endearing way. He wants to be at the center of everything and follows me around or his brother, Ghost (my Persian cat). Diego and Ghost had been a bonded pair from their very first encounter. On the day that I got Diego, I brought him straight to my room, I was planning a gradual introduction because I knew that that’s how cats are supposed to be introduced with each other to avoid conflicts. But Diego accidentally escaped my room and met Ghost in the hallway, there was no tension so I thought I’d just let them smell each other, but to my surprise, Diego head butted Ghost and Ghost just licked him and they started playing. And from then on, Ghost had been taking care of Diego, grooming him and playing with him, I’ve never seen a more bonded pair. I love taking pictures of them snuggling or grooming each other, well, mostly Ghost grooming Diego.

Diego is also very friendly, not only to me, but also to everyone who comes to my house. He has this need to be on or around people. Every time I sit or lie on the couch, it won’t take long before he’s already on top of me, no matter where he is or what he’s doing, such a snuggle bunny.

Because of Diego, his loving nature and his unbelievably soft fur (as soft as a mink fur stole), I am now in love with the ragdoll breed, so much so that i just put down a deposit for my second ragdoll, this time a traditional bicolour one, from the same breeder. I’m hoping to have it sometime within the next 2 months. 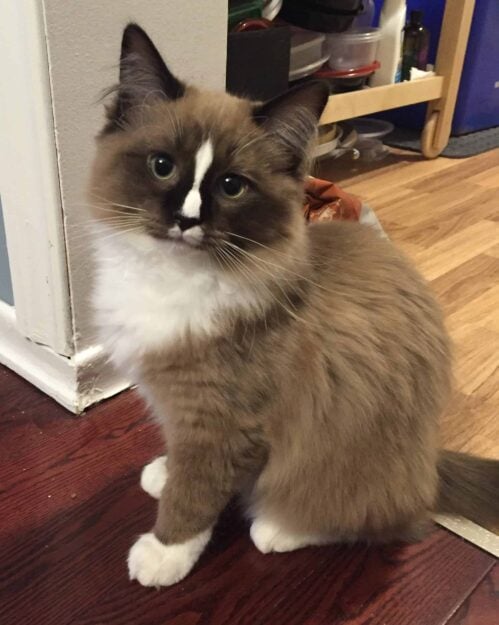 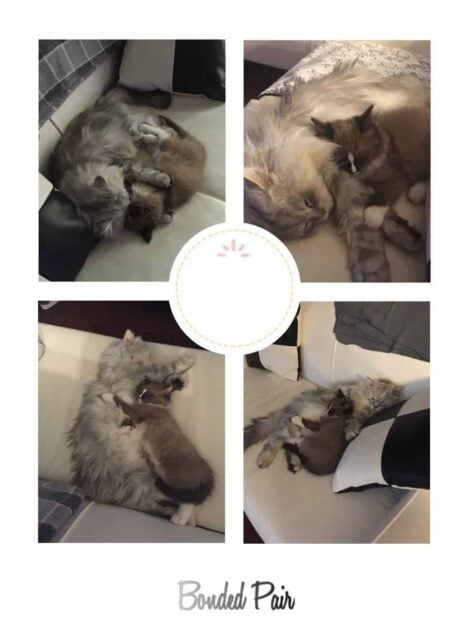 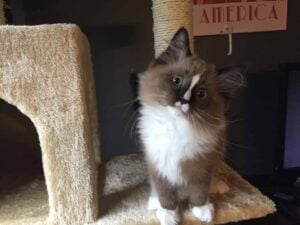 7 thoughts on “Diego – Ragdoll Kitten of the Month”