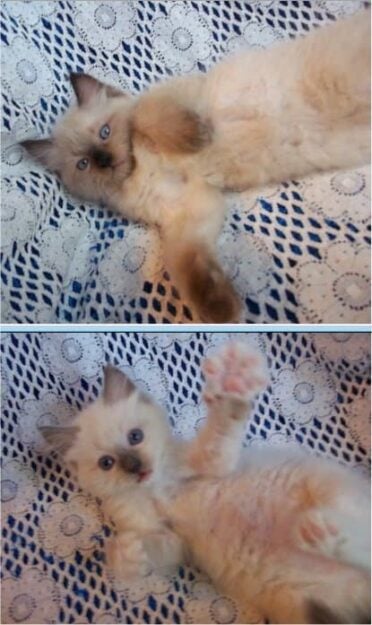 These littermates brothers were the first Ragdolls to grace my home. I've grown up with all sorts of cats - I "acquired" my first cat when I was just shy of 5 years old. For Christmas I had been given a brand new bicycle , and I traded it with my neighbour's little boy for their great big black and white elderly cat. At that stage my parents accepted that cats were going to be a big part of their lives.

As I like to do my homework before adventuring into anything new, I scoured hundreds of websites about Ragdolls, and breeders, and their genetics and health traits, before I finally settled on Royaldolls in SE Oklahoma. We went to visit and saw the kittens and their mama, all under foot with the household and I decided that I wanted a pair in case we ever needed to board them, so they wouldn't be so stressed or lonely. 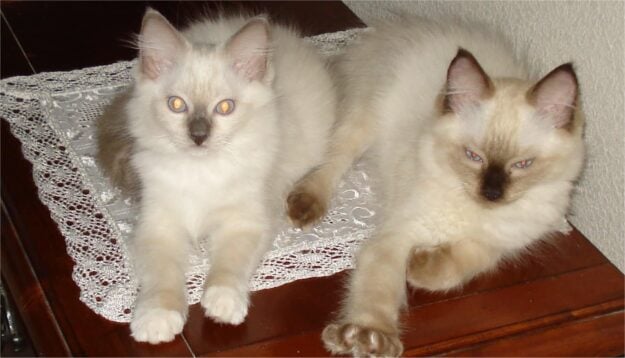 These 7 week old balls of fluff were full of energy for the first 10 minutes, and after that they just wanted a warm lap to flop in. It felt like forever waiting the extra 6 weeks until we could collect them. It was a very long drive from west Texas, but so worth it.

Neither kitten wanted to be in the crate, and their crying made me sad, so I sat in the back of the car and had them out on my lap for the journey. My husband and I would trade off driving and cuddling the kittens for the entire 13 hour journey.

When we got home, we had to introduce them to a whole new world. Having decided that we wanted to keep them close while they were so young, we put them in our bedroom with their litter box in the toilet area and their food and water next to the shower.

We were expecting to keep the kittens in the bedroom for a week until they acclimatised to us and our home, but within 48 hours they wanted to explore what was on the other side of the bedroom door. They were completely stumped by the stairs, which was hilarious. Within 10 minutes both kittens had "flumped" their way down using a combination of jump, roll and fall, and were into everything. Under, over, inside, sniffing everything and playing hide and seek with the furniture. 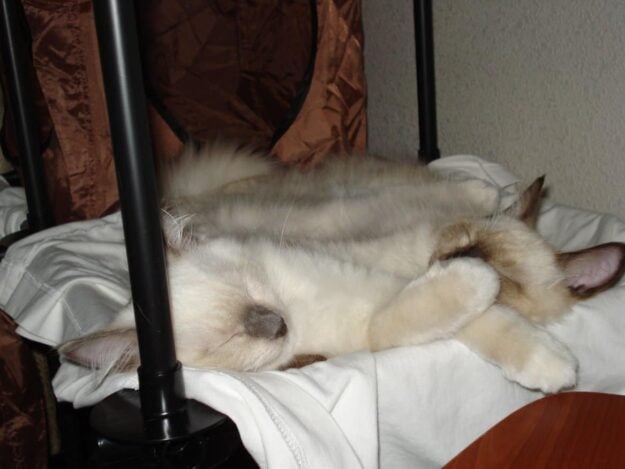 Until they were 6 months old they were inseparable. They would curl together to sleep, wanted each other more than us, and would eat with their tails entwined. True brothers!

As they got older, Zeus kept growing and growing and ended up the tallest of our cats. Luna stayed small and, even with the addition of three more fur siblings, remained the smallest of the clowder. He is the alpha, and he rules with an iron paw (and very sharp little teeth). 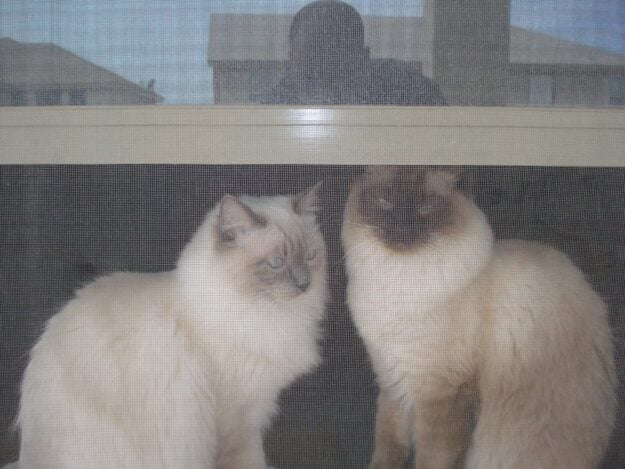 They LOVE to go outside and play in our totally enclosed yard. Laying in the sunspots and nibbling grass is the highlight of their day, and a luxury they can enjoy more in December than the heat of summer. Both boys love to go for a walk on the lead (only to the mailbox and back) and have had fun in the infrequent snow we've had.

I am a spinner, and I process raw fleece. Pets LOVE raw fleece, and my cats are no exception. Getting in and out of the laundry without "paws for hire" is akin to a NATO exercise in terms of planning and execution. It often takes two of us to get the laundry done! As a result, I now collect all their brushed fur, shed fur and floor sweepings of fur, and spin it. 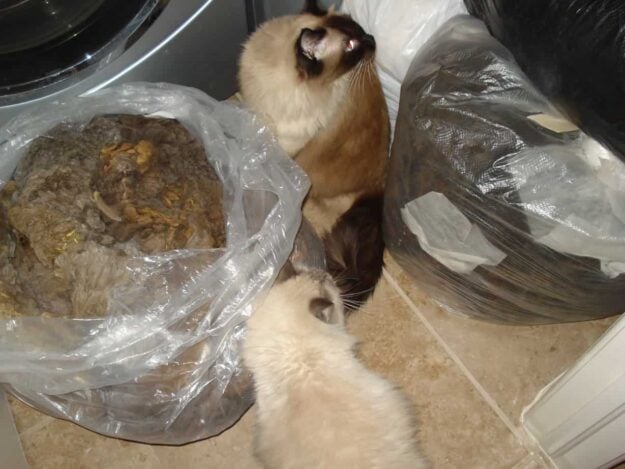 Next summer they will turn 7, and they are the leaders of my cat pack and my little shadows. I've become accustomed to 24 paws trotting around the house with me while I'm busy, and sleeping around me. I can even tolerate the snoring! 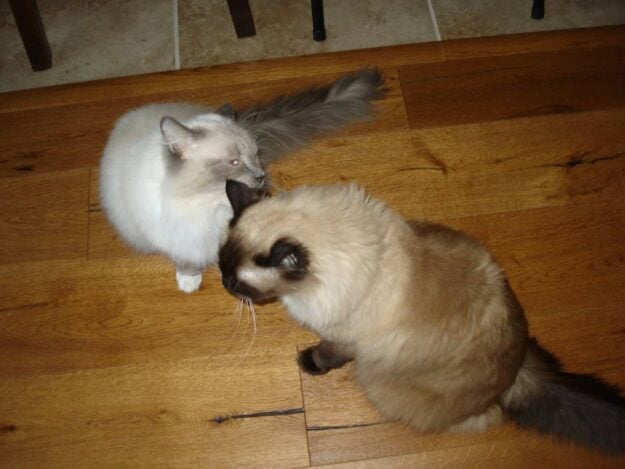