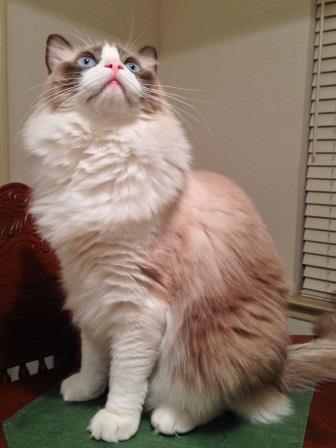 Hi, my name is Deanna Downs, and I am the proud owner of a beautiful seal bicolor Ragdoll named Zander.  On November 8, 2012, I lost my 13-year-old Himalayan, Misha, to kidney failure.  I felt absolutely lost without a cat.  I have always had cats and to me, there is nothing more soothing than the sound of a cat purring. That is something I really missed after a tough day at work- picking Misha up, burying my face in his fur, and listening to the sound of him purring.  I could just feel my stress melt away.  After about 2 weeks of total misery, I decided that I wanted a kitten.  I had always been fascinated with Ragdolls.  The first time I saw one was at a TICA cat show in Fort Worth, TX.  I sat down with my laptop and started looking for Ragdoll breeders in Texas. After much research, I decided I liked the cattery Wits Rags, and decided to email her to see if she had any kittens available.  As luck would have it, she had a litter that was going to be ready the weekend before Christmas.  I was absolutely thrilled.  She sent me pictures of the available kittens and it was love at first sight!  My family asked me what I wanted to for Christmas and I told them the only thing I wanted was a Ragdoll kitten and that is what I got!  Zander is probably one of the best Christmas presents I ever received.  I got to go pick him up the Friday before Christmas and as soon as I picked him up the huge hole in my heart left by the death of Misha was filled.  Zander was born on September 30, 2012, and was 12 weeks old when I got him.  How I got his name was the breeder had named one of his littermates Zander, and I fell in love with the name. 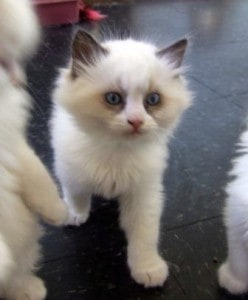 Zander is quite a character.  True to the Ragdoll breed, he acts a lot like a dog and loves to play with our two Labrador Retrievers.  He loves to be held like a baby and will even go totally limp and hang like a “ragdoll” when you hold him on his back. Every day when I come home from work he is waiting for me at the door and when I come in he flops down for me to rub his belly.  He carries things around in his mouth like a dog does.  One of his favorite toys is a plastic medicine cup.  He picks it up in his mouth, carries it around, then drops it on the floor and hits it with his paw and sends it flying. He then chases it, tackles it, and does it all over again.  His most recent game is playing “ice hockey” with an ice cube.  It first started a couple of weeks ago when he kept going over to the refrigerator standing up on his hind legs by the freezer door, looking at the ice dispenser in the door and meowing.  I couldn’t figure out what he kept on looking at, so I leaned down and looked and there was a piece of ice stuck in the dispenser.  I got it out and put it down on the floor just to see what he would to.  To my amazement, he started batting it around like a hockey puck.  Needless to say, every since then Zander stands up on the freezer door and meows until you give him a piece of ice to play with.  If you don’t give him a piece of ice he won’t stop meowing until he has his daily game of “ice hockey”! 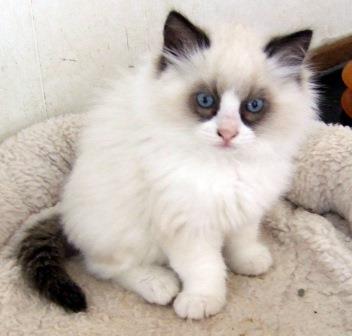 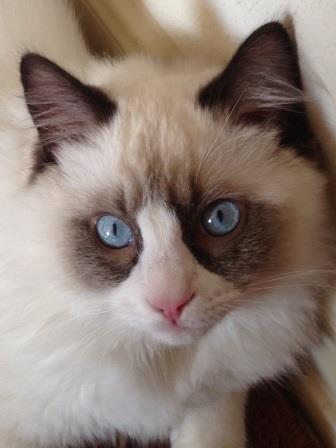 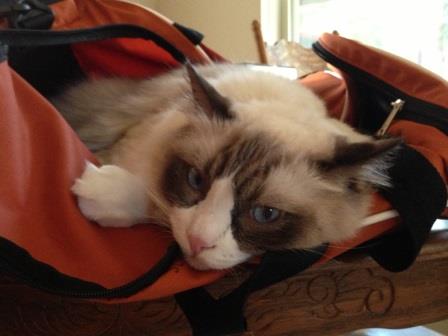 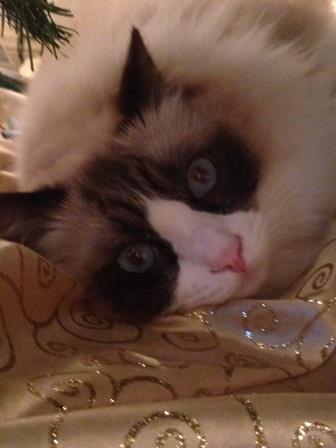 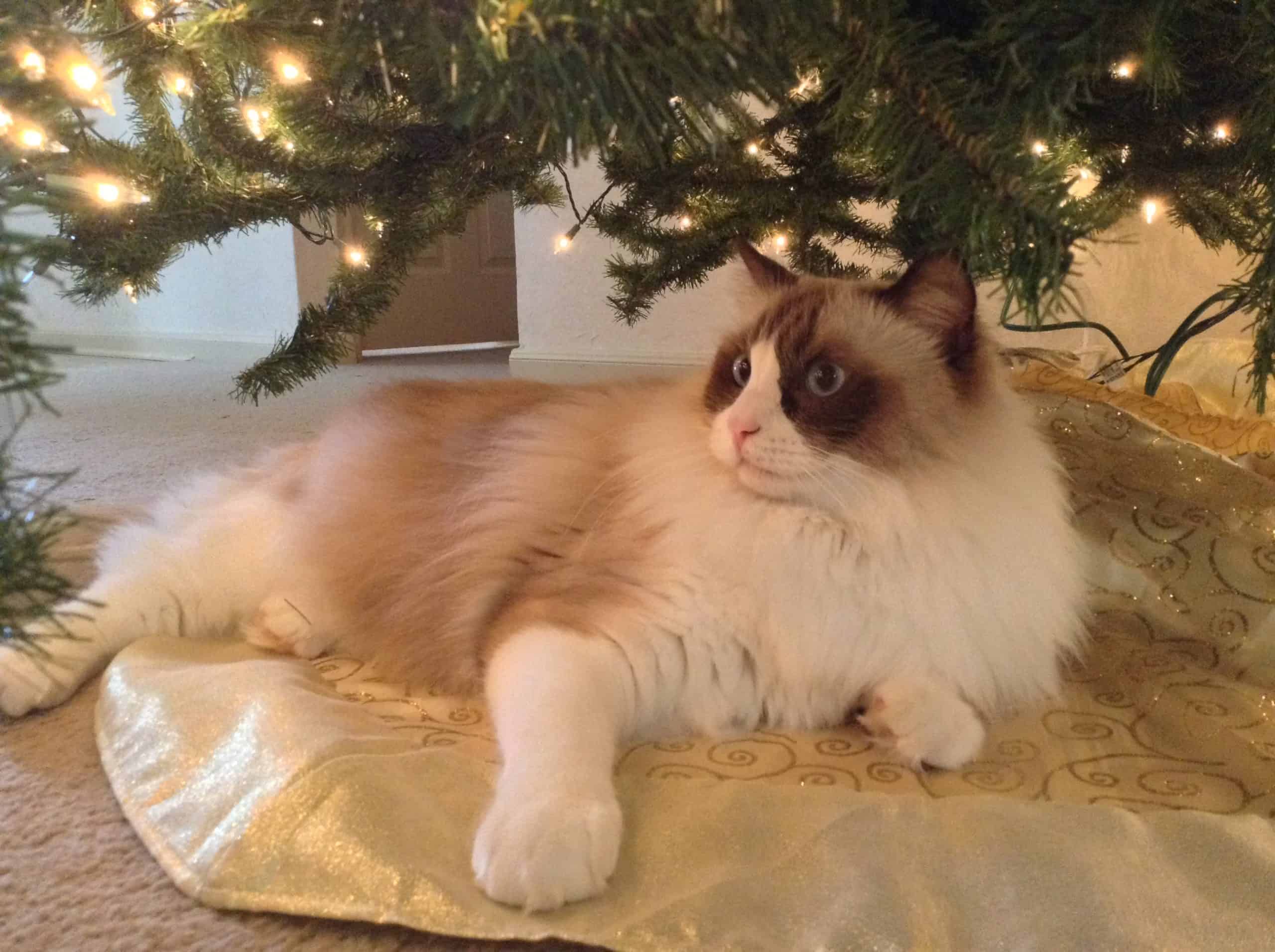