We had owned four "regular" cats since the late 1960's. After being "catless" for a couple of years, I started researching and happened upon Ragdolls. 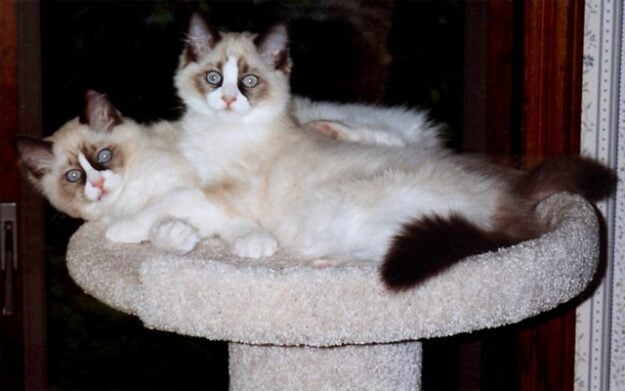 Paying "big bucks" for an animal is something I never thought I would do, but this breed had a real draw.

I found an ad for Ragdolls on a local Veterinarian's office bulletin board and gave the breeder a call. We were able to see and hold the kitten, but he wouldn't be ready to go home with us for way over a month.

I actually think part of the initial visit was so the seller could size us up, too. LOL I am not sure she was a breeder as much as a seller of Ragdolls, but she has since moved and I do not know if she is still in the business.

We decided on the name "Winston," which was different from our ordinary process of the cat's demeanor being a guide. We had previously owned two cats at once, but, because of the cost factor, were going to look elsewhere for a companion for Winston. 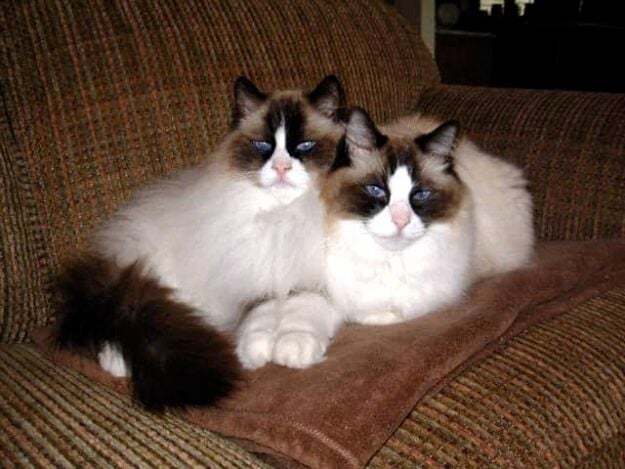 I mentioned that to the seller, and she said a new group of kittens was coming in from another state and she offered us Winston's brother for half price. Sold!

The two brothers looked almost identical, except the new kitten had a mark on his left leg. They were calling him "Marky Mark," but we decided on "Churchill." Can you tell my husband is a history buff—Winston & Churchill? 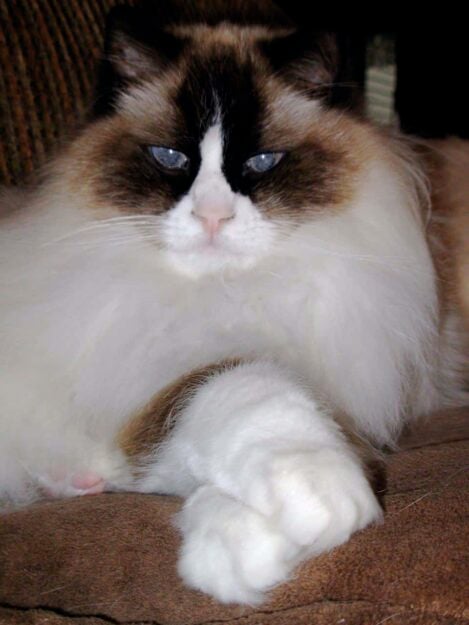 The two boys had always been together. They did not play with us like most cats would, preferring to interact with each other. They were not into toys. Winston was timid; Churchill was curious. But of the two, Winston was the dominant male. 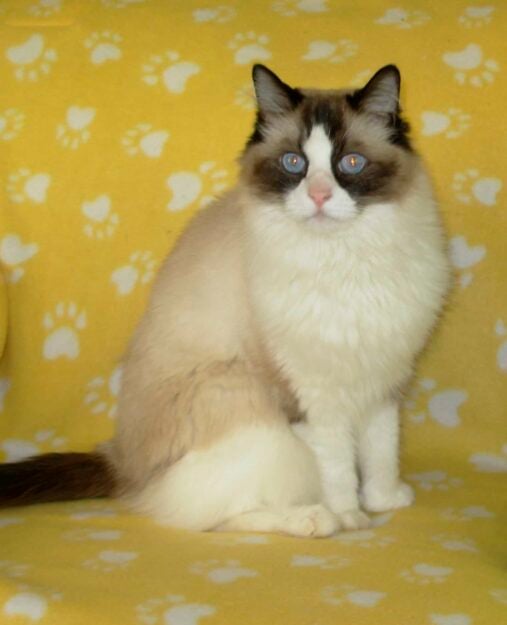 Winston grew to 13 pounds and had long angora-like hair that snarled. Churchill stayed around 8 pounds, and his hair was shorter and easy to groom.

These cats were so smart. You could tell them "bye-bye" or "night-night," and they would trot down the stairs to the family room—but only after a check to make sure their brother was coming along. If one cat was inadvertently closed inside a closet, we would be alerted to that fact by the other cat who would sit in front of the door. 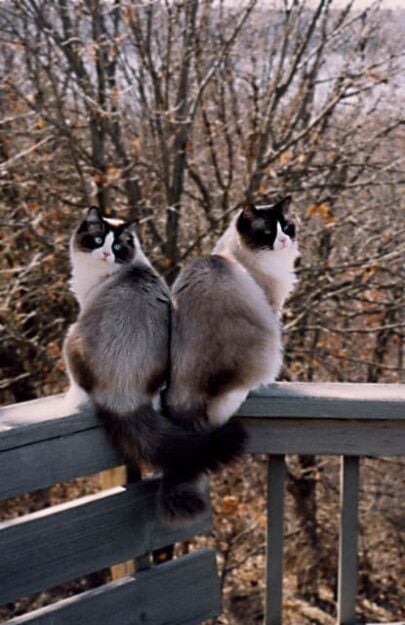 Due to kidney and allergy problems that began very early in their lives, they had to eat different Hills Prescription Diet dry foods. In order to keep Winston from eating Churchill's always-available food, I purchased a feeder that opened and closed in response to a collar with a computer chip. 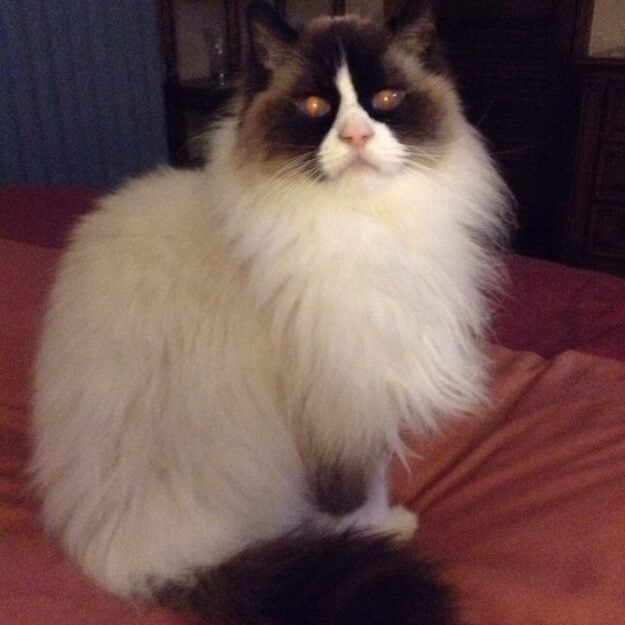 It took me only ten days to train Churchill to first wear a collar, and then to stick his head through the arch which then triggered a somewhat-noisy trap door to open to the food. 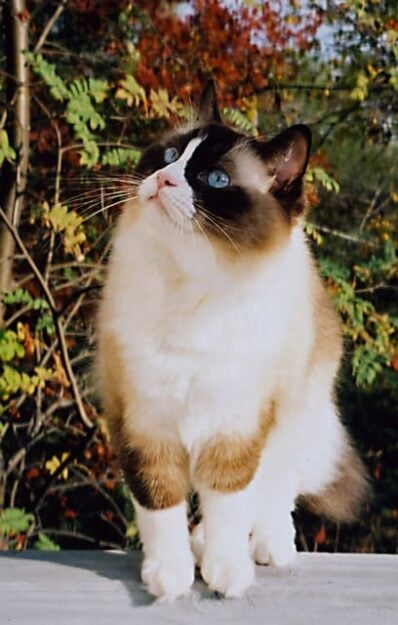 Winston and Churchill lived to 13-years-of-age and died within three months of each other. I was devastated. 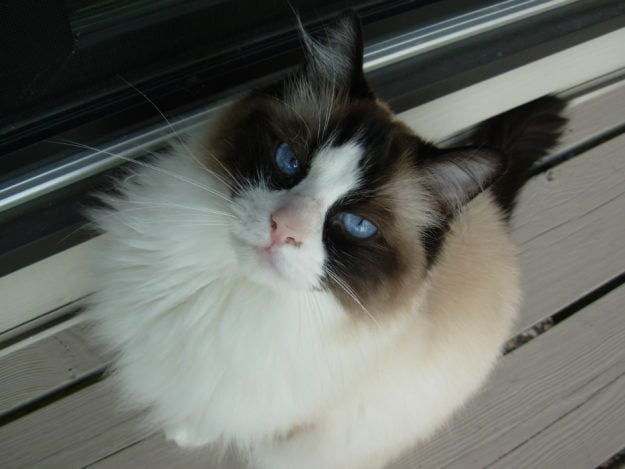 After several months we began a search for a new Ragdoll, but we decided it had to have different coloring. The two brothers could never be replaced. We love our now-16-month-old kitten, Winslow, a seal lynxpoint, but there will always be a special place in our hearts for "the boys."