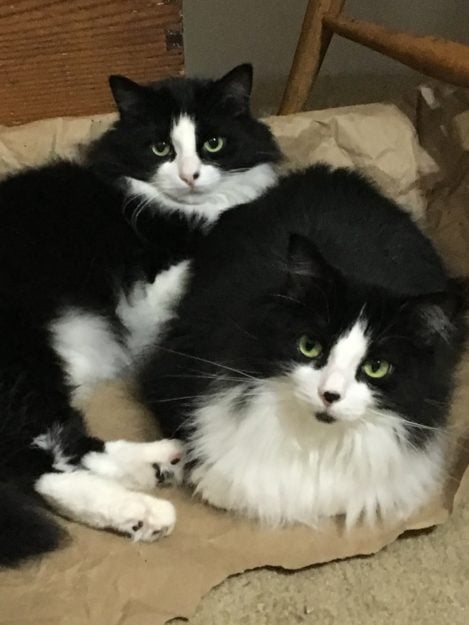 Late in Feb of 2014 I suddenly lost my beloved Ragdoll/Manx boy kitty, he was aggravating his older cat sister Joey the night before. He vomited a couple of times (as long hair cats tend to do) I could see he was feeling bad and planned to get up extra early to take him to the vet. But he was gone the next morning, and I didn't know why ( he did have a habit of licking everything, bags, hands after hand cream, many things). I was heart broken, I had raised him from about 2 months old and he was my baby. I missed him terribly and my remaining cat had never been an only cat and was confused and stuck to me like glue. In mid April (2014)my husband and I stopped at a neat vintage shop in nearby town (he was trying everything to help me in my grief). I met a woman named Jennifer and as we talked the subject of cats came up and she revealed she was a volunteer at a shelter in Jackson. She was very concerned about a set of twins that needed a new home as the owner had died. She said the cats would go limp if you picked them up. That weekend I headed for the shelter and met the cats. Twins tuxedo siblings, they were terrified, skinny and their fur was matted an dull, but they tugged at my heart and I knew somehow that they were meant for me. As I picked them up they became limp little bits of fur, it was so sad how frightened they were. The next weekend I brought them home(Raymond MS), and took them to the vet for the required vaccinations. 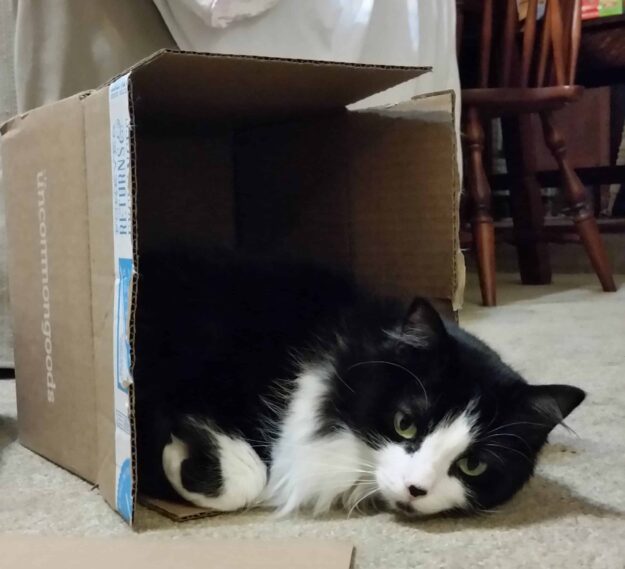 Because they had been declawed and my older girl cat was less than pleased they had come home with me, I kept them separated in my guest room so they would have time to adjust. 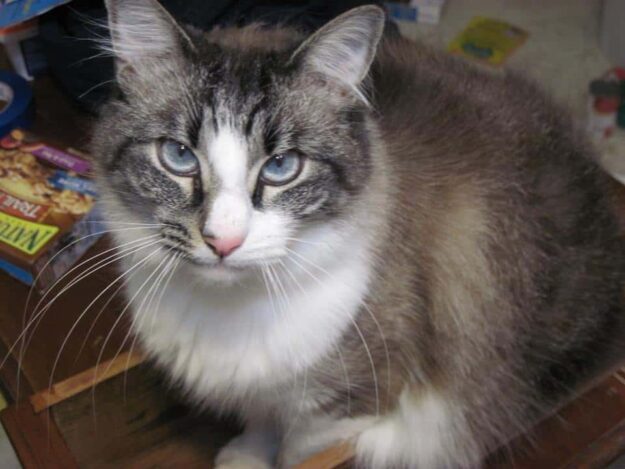 The girl (named Winnie which I changed to Windy) remained under the bed for the next month. The boy ( came named Maxwell but my grand son is called Mac so my new boy cat became 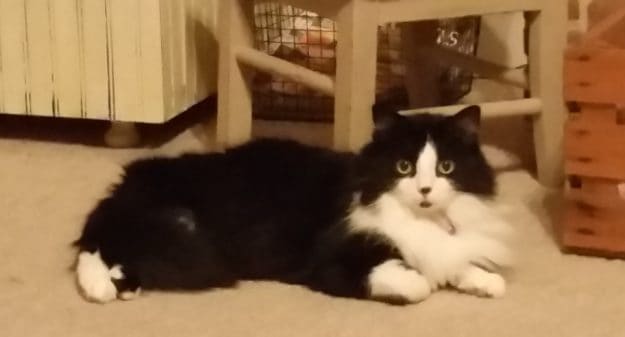 Brother) He was more curious and did come out from under the bed after about 5 days and check me out, he was extra cautious about being petted. As time passed I left the door open to let them explore and hoped Joey (also a rescue, and she does have her claws) would be kind and only hiss at them. She has since come to tolerate them even like them though she would not want anyone to know that. The siblings have come to trust me and the day Brother leaned into my hand as I scratched him I Knew they felt at home, it meant the world to me. He is extremely nosy and "helps" me load the dishwasher, doesn't run when I turn it on but sniffs it as if he wants to know what is it doing, he is the same with the washing machine. One day was I checking voicemail he ran across the room and jumped up to see if we had any messages. He is goofy and I love him dearly, Windy is the most girly kitty I have ever had -she has a high pitched mew and is smaller than her brother but can stand up to him when he tried to play rough with her. Just in the last year has she been willing to come and get in my lap for a bit and I am so honored she has come to to trust me so much. I still miss my Rigby boy and always will but these two were meant for me. 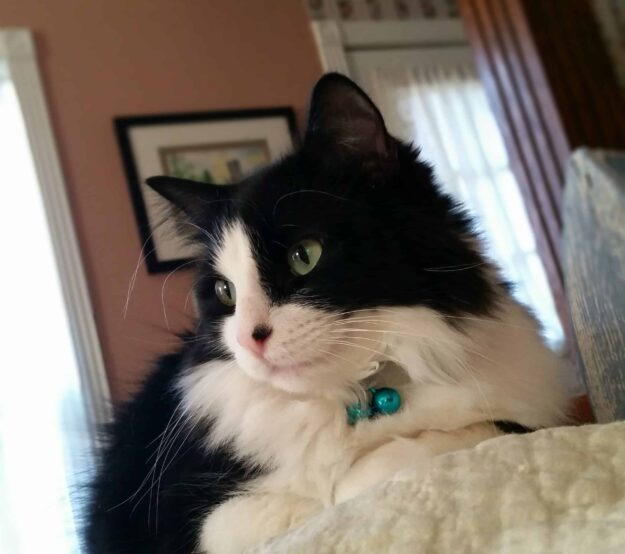