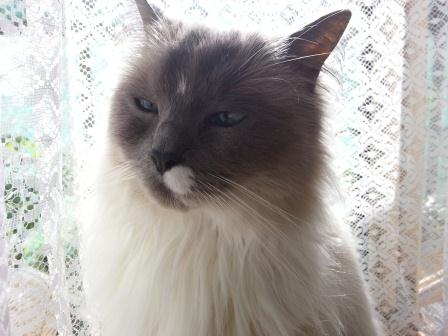 It all began in 2009 when I was working as a night-filler at our local supermarket, one of the girls I was working with mentioned to me that her Ragdoll was nearly ready to have kittens, I was so excited to hear it that I quickly informed her I was extremely keen to purchase one of the litter. 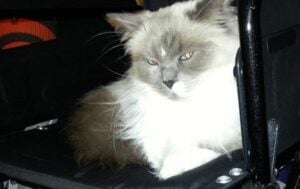 A couple of weeks later I received the news that her pregnant ragdoll had given birth to two kittens, a boy and a girl. Although I had to wait a further 5 weeks before I could go have a look at them; when I did, I took $350 with and unfortunately the female kitten was very ill and had kidney or liver failure, or something of that nature.  The boy on the other hand was as fit as a fiddle and I remember him chasing his mother around (well trying to), his head seemed to be a little heavy and he kept falling over his own head! Haha 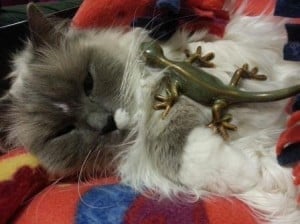 I ended up paying just $300 for him, and when we got home he pretty much did nothing but sleep for a couple of days. It wasn’t long before I came up with a name to call him. I couldn’t help but realise that his appearance was strangely similar to the Ewok named ‘Wicket’ from Caravan of Courage, you may also remember Ewoks from Star Wars.

Wikki has been the highlight for visitors coming to my home over the last 3 years; everyone seems to adore him and can’t get over how beautiful his nature is. People often mistaken him for a girl, which I reckon he gets embarrassed about, but I reckon he just loves all the attention.

Overall Wikki can be a bit of a snob, as he only seems to really love me when he wants food,  and does what he wants when he wants. Being a YouTuber myself, Wikki can often be seen in many of my videos, he so frequently makes an appearance that he now has his own playlist, consisting of more than 15 videos.

View All of Wikki's Videos.

Wikki is really fluffy and when playing with our other cat ‘Critter’ he tends to leave big chunks of fur laying around the carpet. If you’d like to see just how fluffy he is you can see Wikki at his cutest in a video titled ‘Softest Cat’.

Wikki’s begged and begged to have his own web page. 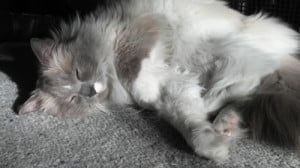 His favourite toys are currently empty cardboard boxes, a green ball with a bell in it, pink ball, fluffy white ear shaped ball, and cube ball. At least once each day Wikki likes to play case the ball from one end of the house to the other; he’s particularly good at playing with blue ball, because it’s made of light foam, he can hit the ball back to me, which saves me from running after it every time.

His favourite food is Whiskas casserole chicken; he won’t touch the loaf style, and does love his dry biscuits too. Wikki doesn’t do so well in the heat of summer, as he tends to be a bit lazy drinking water, so I try my best keep him cool and encourage him to drink.

Wikki is a wonderful Ragdoll and I am extremely happy and proud to have him in my life and to be able to share him with people who appreciate and enjoy the Ragdoll breed. One day in the future I may even get Wikki a girlfriend, but ssshhh that’s a surprise, don’t tell him I told you!