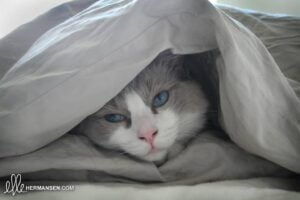 Tobias, the Bi-colour Blue Ragdoll, is quite the character in our home. The one and a half year old has been following us around the house like a dog since we first got him, two weeks before Christmas 2008, as he was born on September 14th of that year.

His favourite food … is water. He can’t get enough of it - he just cries and cries (he doesn’t really have a proper meow), until we get up from what we are doing and turn on the sink for him. You see, he only prefers fresh, running water … such a spoiled, but proper little boy! 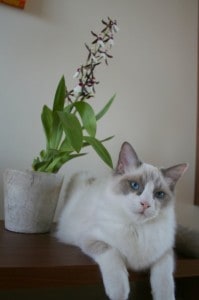 His favourite day of the week is Tuesdays, which is dump truck day here in Stavanger, Norway. He loves watching the men work their way down the street. He just enjoys looking at them from the third floor, as they throw bins of garbage away - while seagulls and crows fly by the window.

If he’s lucky, we open the window in the kitchen, so he can grab on to the handle and smell all the different tales and stories from the streets. He loves watching the neighbourhood alley cats roam around and daydreams about living on the town. 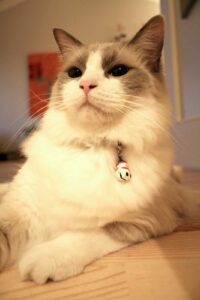 We first found Tobias on the site www.finn.no, where we found a wonderful Ragdoll breeder. Here in Norway, it’s hard to find adoption facilities and with an allergic husband, we had to make sure that any cat we bought was purebred. After much research with my husband’s specific allergies in mind, while falling more in love with Ragdolls, we contacted www.macchiattos.com and talked with the wonderful breeder named Berit.

She was so awesome with updating us on “Arrow of Legolas” (which he was called at the time). We later decided to name him Tobias, because he looked wise like Tobias in the Tower, in the Norwegian children’s tale “Cardamom Town” … and we just kept calling him Tubby, or Tubs. I would definitely choose this breeder again as they have such beautiful Ragdoll litters. 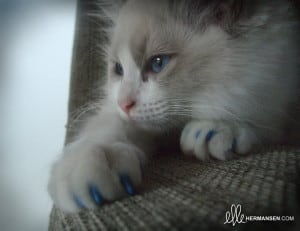 Tobias actually has a long bloodline, as his ancestry started in Sweden! His great grandfather was also a Grand Champion. We are lucky enough to have his little family tree with us, and we can date most of his ancestors back a dozen generations. It’s pretty amazing. 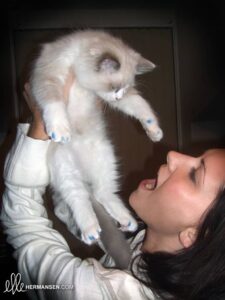