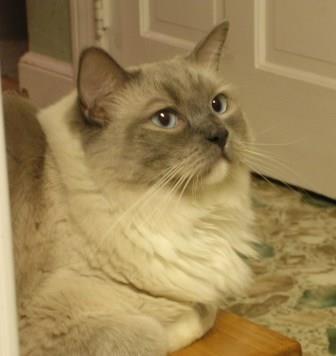 We had two beautiful Ragdolls, litter mates named Biscuits and Shadow. The household was perfect with them.

Then, 9 years ago. we received an email from the Animal Rescue League, that a relative of a volunteer had a Ragdoll named Thunder who needed a home. Well, you've all heard the expression that Ragdolls are like potato chips, you can't stop at one or two. We couldn't resist looking at him. Wow, he was gorgeous in his photograph. My husband and I answered the call for help. We asked if he had any strange behaviors. The answer was no; so, we made arrangements to meet Thunder with the probability of bringing him home.

Once in the owner's home, we found out a little more about Thunder. Turns out, his first nine months as a kitten were spent in a carrier because he was a gift for an elderly woman who could not handle him. The current owner had serious allergies to Thunder. Since he had fallen in love with him, the man tried every kind of medicine he could get his hands on in hopes that he could have a life with his beloved Ragdoll. He really loved him. Unfortunately for him, nothing worked. So, this was the reason we were at his 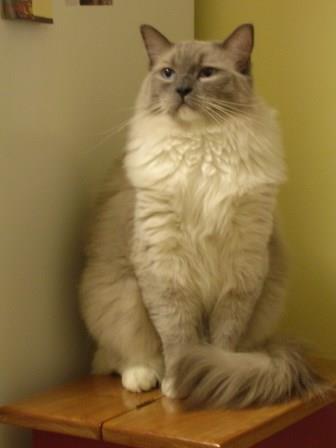 house...to meet Thunder and take him home. While we were there, Thunder ran around like crazy, from his carrier, to the other side of the room and back into his carrier. The name Thunder was very appropriate. I got on the floor and tried to pet him and received some pretty strong bites. He never let me pet him. I didn't care for this but my husband had faith.

The owner gave us Thunder in his carrier along with a 6 foot cat tree, a special water fountain, some combs and brushes and a box full of toys. The man was crying as we pulled away with our new baby. I was also crying because I wasn't sure we had made a good decision. This cat did nothing but bite me! I wasn't used to that behavior coming from a Ragdoll!

Once home, we gave Thunder his own room along with his tree, some food and water, litter pan and toys. Of course we spent as much time as we could with him. The next day Thunder raked the side of my husband's face, he bit me on my face, and we couldn't get near him. I wanted to bring him back but it was really too late, we couldn't put the previous owners through that again. My husband decided it might be best just to introduce Thunder to Biscuits and Shadow.

Well, I came home from an errand only to find three cats in my kitchen. Little Biscuits 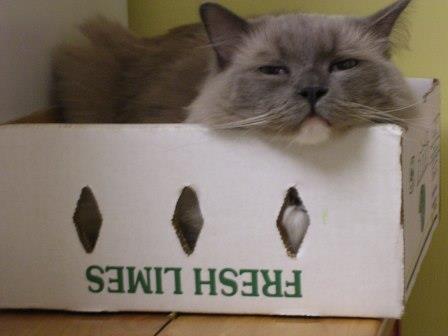 was sitting on her tree hissing and hacking at Thunder like crazy; the Queen “B” had spoken! Shadow merely passed Thunder to let him know he was there first. Well, it worked. The hierarchy was set and all is well! It was just a matter of time for Thunder to realize that we had nothing but loving intentions for his life with us.

Thunder is so awesome! There are times he resembles the behavior of a dog. When called, he will come. He is more vocal than our other two. He will ask to go “out” on the porch or he will ask for us to open the basement door so he can sit on the basement steps. My husband also finally got his “lap cat”; something he has never enjoyed with our other Ragdolls. Thunder kneads on his chest and stomach with all 4 feet, while he's watching TV and he does it in circles all at the same time.....quite a nightly dance. 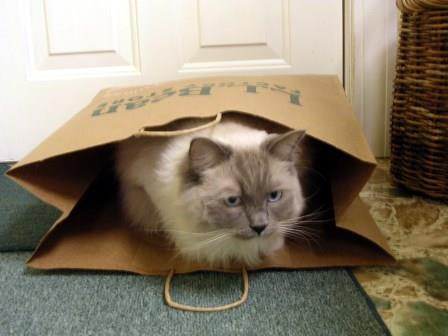 The one thing that scares us though, is Thunder's desire to go out with absolutely no fear of anything. He has to be the fastest cat in the East! If that door opens, he is out! For this reason, we had him collared with 2 ID's, a bell ,and micro-chipped, something we never had to do with the other two. Yes, he has jumped out of the house without us even seeing him go. We did have a couple of scares when it took us a while to find him. One morning, my husband took the trash out without realizing Thunder had escaped. My husband came in and told me, “Don't start your car! I heard Thunder's bell outside and he might be in your motor!” So, he went back out since I wasn't dressed yet, looking for Thunder. Every time he would call Thunder, Thunder would respond with a big “Meow”! My husband was frantic...he could hear Thunder but he couldn't see him. My husband opened the hood of my car and there was no sign of our baby. He ran up and down the driveway calling Thunder and Thunder would reply. Finally, the little girl across the street yelled out, “He's on the roof”! Yes, there he was in all his kingly glory, on the peak of our roof talking to his dad. 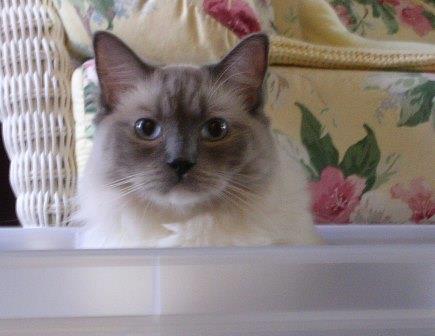 Thunder, (AKA Thunderhead, Bad Cat, Big Boy, Baby Boy, Rough and Tumble, Sweet Baby, Funny Guy) has turned out to be the coolest cat! He loves to be in bags and boxes. He hates closed doors yet he loves his carrier. He has a plastic fetish where he just loves to lick, lick, lick plastic bags. Thunder loves to hide under rugs. He has turned out to be the most affectionate boy and he respects his older sister with submission (sometimes) and has some good old fashioned wrestling matches with his older brother. Are we sorry we took him??? Not in a million years! We would take 10 more just like him... 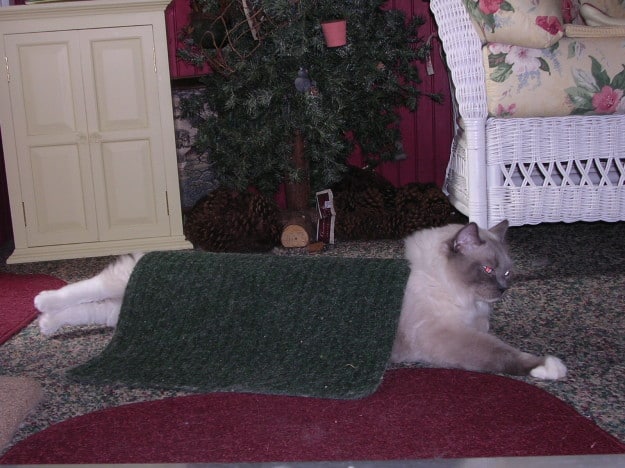 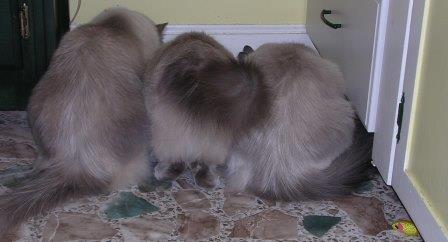 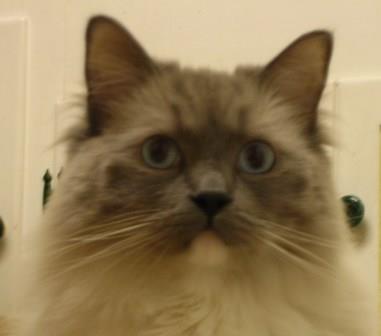 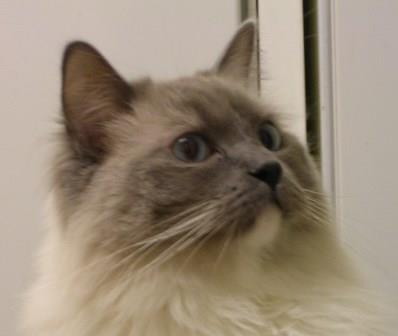 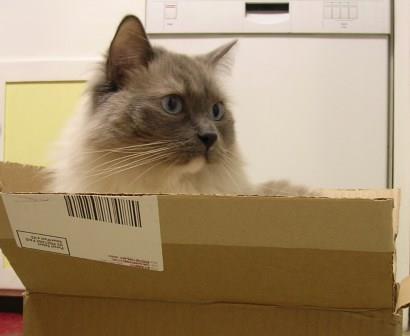